Paretta: ‘We climbed a mountain together’

Paretta: ‘We climbed a mountain together’ 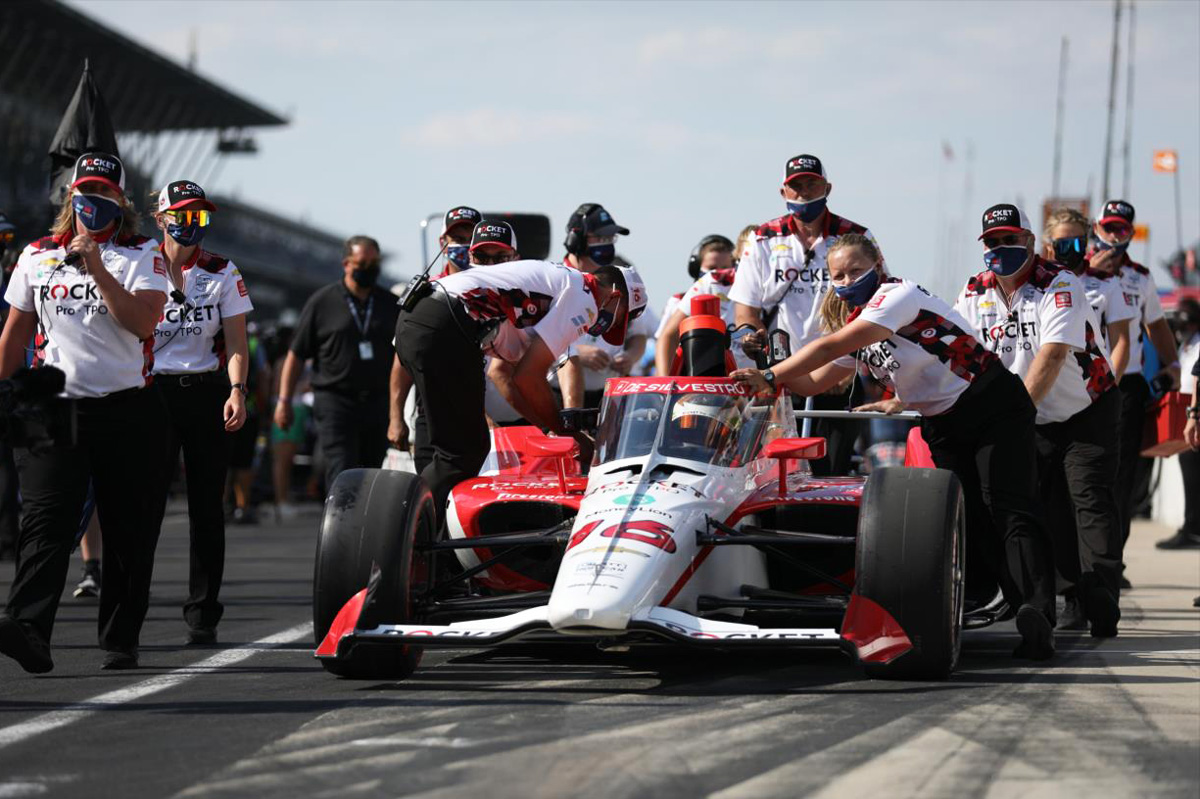 Paretta Autosport team owner Beth Paretta has declared her squad’s official entry into the 2021 Indianapolis 500 “is just the beginning”.

Paretta is spearheading a predominantly female outfit with Simona De Silvestro at the wheel.

After being unable to crack the top 30 on a poor opening day of qualifying, De Silvestro and her crew needed to earn their place in the prestigious race via Last Chance qualifying this morning whereby five cars battled for the final three grid slots.

The former Supercars driver did enough to take the 33rd and final spot, edging out Charlie Kimball and RC Enerson.

It ensures De Silvestro will contest her first Indy 500 since 2015.

“I feel like we climbed a mountain together,” said Paretta.

“Hats off to all of these women and also all of these men from Team Penske who have been coaching our women on this team and really just working and digging in all this week but especially yesterday and today to just get Simona on the grid.

“I couldn’t be happier and we can’t wait until next week.

“This is just the beginning for sure,” she added.

De Silvestro noted she hopes the team’s efforts can inspire women and girls around the world.

“I think if you look at the team, the girls that are working on the car, like yesterday we did two [late] runs and they were on it,” said De Silvestro.

“Everyone is really focused and I hope we are just going to inspire a lot of young girls just to be whoever they want to be and that’s what we are doing right now.

“To be honest, if I look at my career, I’m super proud to be part of this right now.”

A two-hour Practice 8 session is currently underway, after which cars won’t hit the track until Saturday 01:00 (AEST) for Carb Day – otherwise known as final practice.

Scott Dixon secured pole position for the 105th running of the event in the Fast Nine shootout that followed Last Chance qualifying.