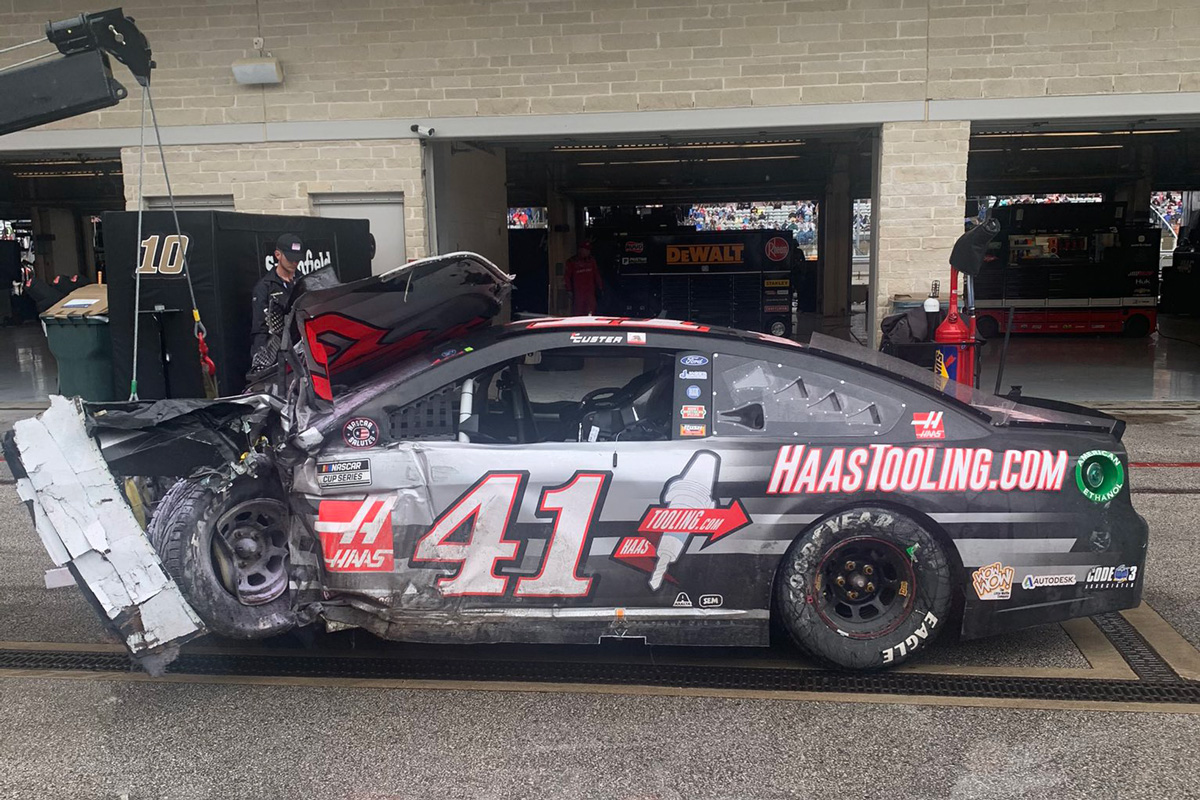 Cole Custer admits he expected his horror shunt in the NASCAR Cup Series race at Circuit of the Americas to hurt more.

The American category’s maiden visit to the Austin precinct was plagued by heavy rain which made for poor visibility.

The biggest incident came on Lap 25 when Martin Truex Jnr smashed into the slowing Ford of Daytona 500 winner Michael McDowell, with Custer then slamming into the back of Truex, whose Toyota was sent slightly airborne.

Custer was fired into the barriers as a result and his #41 Stewart-Haas Mustang burst into flames.

The 23-year-old quickly emerged from the wreckage; both he and Truex received medical evaluations and were subsequently cleared.

“It didn’t hurt as much as I thought it was going to be, but it’s just that you can’t see anything.

“It’s pretty bad. I mean, you can’t see a foot in front of your car.

“I was just rolling down the backstretch. You can’t see anything. I’m just so frustrated about having our day end like this.

“It killed the car, and it’s just really frustrating.”

The race would ultimately be cut short due to the conditions, with Chase Elliott taking the victory.