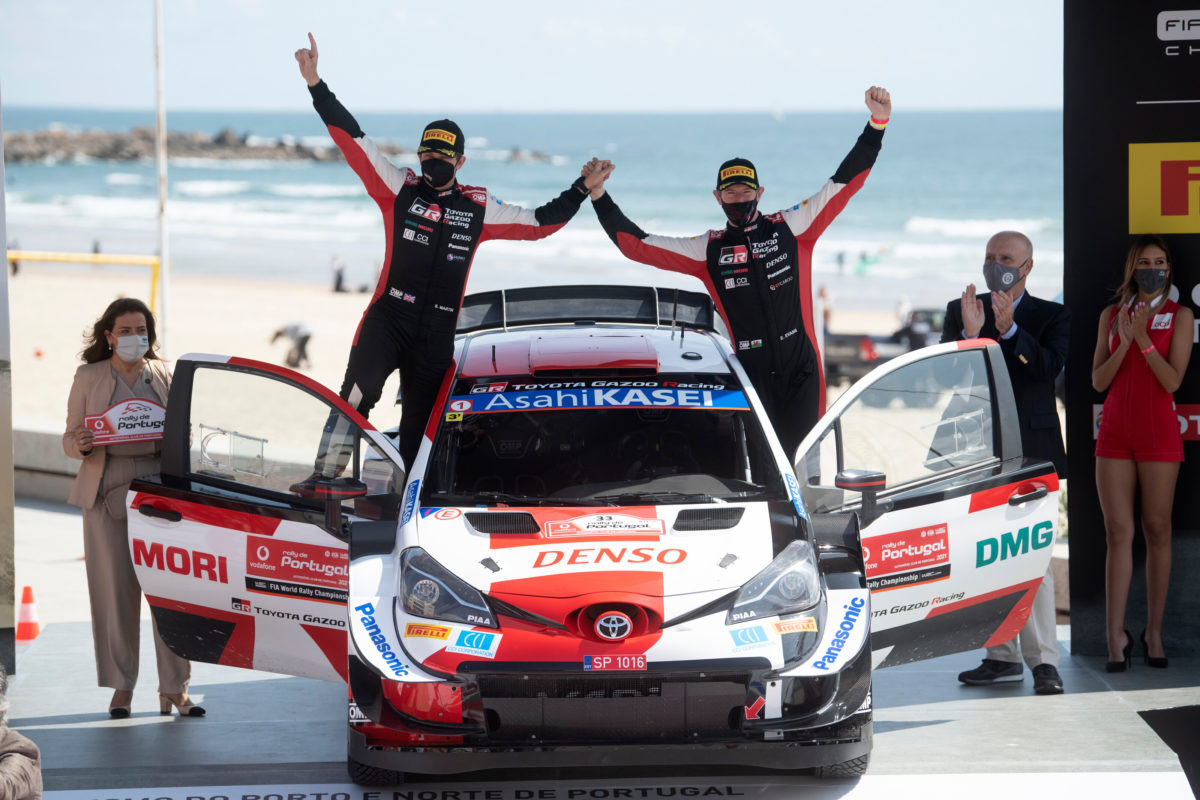 Elfyn Evans has taken victory in Rally Portugal, his first success of the 2021 World Rally Championship.

The Toyota held a 10.7s advantage over Dani Sordo going into the final day, extending that to take out the event by 28.3s.

Sebastian Ogier rounded out the podium, hanging on by just 1.5s from Takamoto Katsuta.

In doing so, the Frenchman has maintained his lead in the world championship, his advantage slashed to just two points.

Evans took over the rally lead on Day 2 when Ott Tanak crashed out on Special Stage 14, holding top spot until the finish on Sunday afternoon.

Hyundai endured a horror event, with both Tanak and Thierry Neuville forced out with separate crashes, the latter after just six competitive stages.

Sordo had started well but lost time at the end of the opening day to fall behind Evans and was never able to overhaul the Welshman.

“We weren’t maybe the fastest, fastest crew this weekend but still we had really good pace, kept out of trouble and did enough to keep Dani behind today,” said the rally winner.

“This comes at a really good time for our championship challenge as we move into some tough gravel rallies.”

With four rounds now complete, the World Rally Championship next heads to the Rally Italia Sardegna in two weeks (June 3-6).