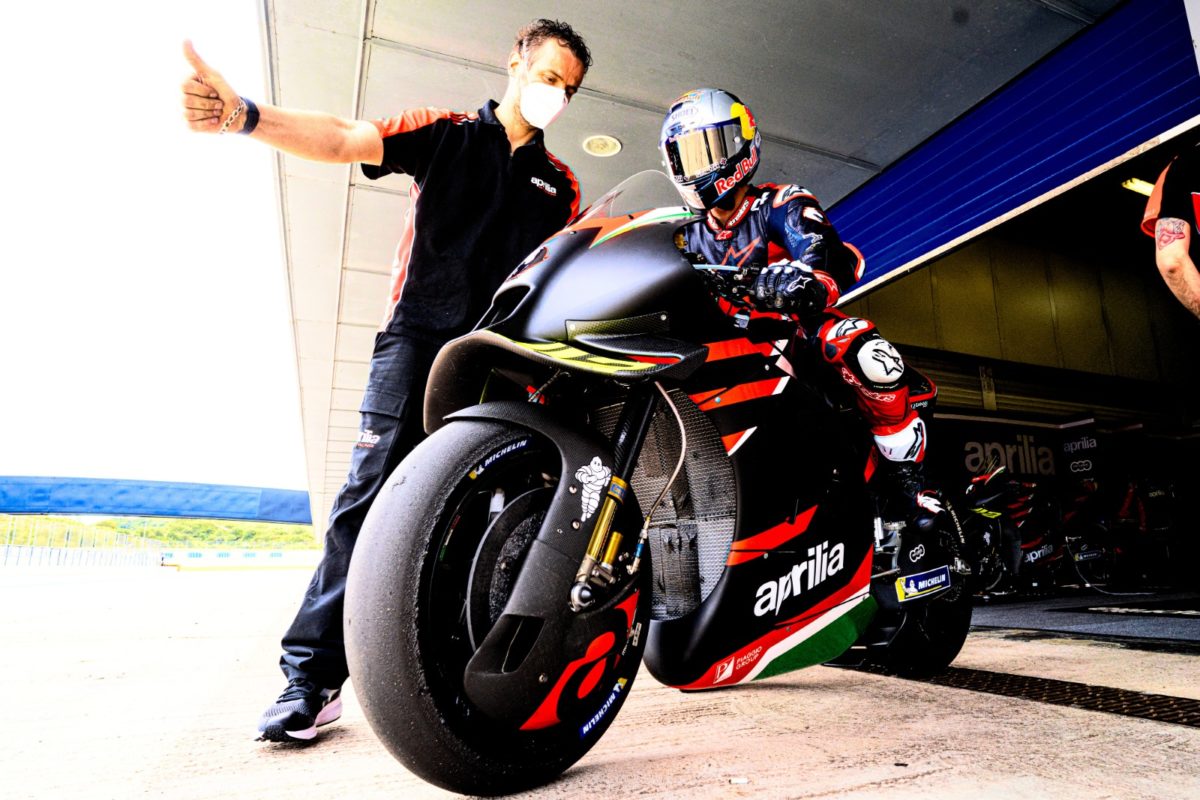 Andrea Dovizioso will undertake “a series of tests” with Aprilia for the balance of the 2021 MotoGP season.

Dovizioso had been untied after leaving Ducati at the end of 2020 but went on to conduct tests with Aprilia at Jerez in April and Mugello earlier this month.

The 15-time MotoGP race winner is now tentatively slated to also ride an RS-GP at Misano on June 23-24, with more such outings to come.

“After a first date in Jerez, spent getting acquainted with the redeveloped RS-GP, followed by another in Mugello, hindered by weather conditions, Andrea Dovizioso and Aprilia Racing will continue their partnership with further testing,” read a statement from Aprilia Racing.

“This means that the collaboration between the Italian champion [125cc, 2004] and Aprilia Racing is now more structured, with a series of tests expected throughout the 2021 season.”

Speaking at the Mugello test, Dovizioso played down suggestions that he will make wildcard starts this year.

However, the 35-year-old still holds out hope of returning to MotoGP as a race rider in 2022.

“Since I wasn’t able to test at Mugello in dry conditions, I’m pleased that Aprilia Racing asked me to continue the work we started in Jerez and to be able to provide my contribution to developing the bike,” he said.

“I think this will be beneficial for both of us – for me, to continue training on a MotoGP bike in anticipation of a possible return in 2022, and for Aprilia to receive what they feel to be interesting information.

“For this reason, we decided to do more tests.”

Should he be back on the grid next year, with Aprilia, Dovizioso would most likely take the place of rookie Lorenzo Savadori, especially given team leader Aleix Espargaro is contracted through 2022.

“The first part of the 2021 season has been very positive and rather evident improvements have been seen. Now, being able to set up a work schedule with Andrea is a great opportunity to accelerate and consolidate this growth.

“In the first two outings, we already touched on a lot of issues that we will now be able to look at more in-depth together, trying to get the best performance out of our very young project.”

Meanwhile, Ducati test rider Michele Pirro will stand in for Pramac Racing’s Jorge Martin at this weekend’s Italian Grand Prix as the rookie remains sidelined due to injury.

Practice at Mugello starts on Friday, May 28.