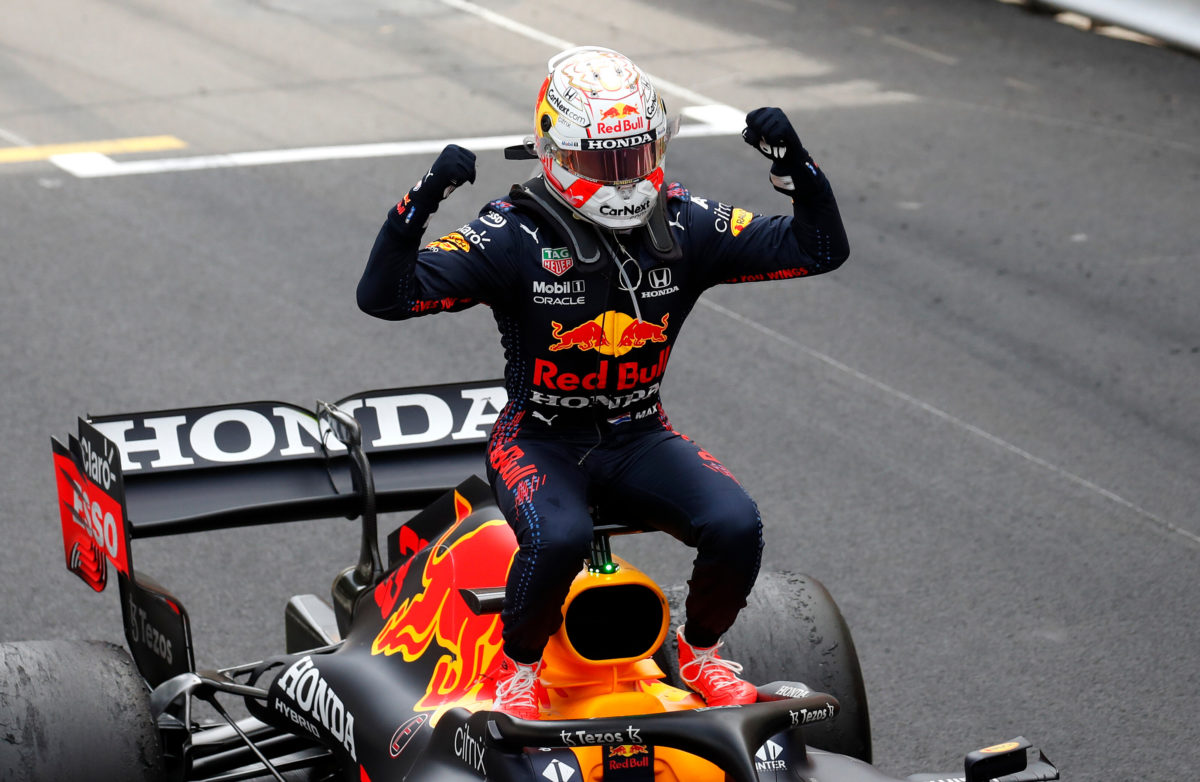 Max Verstappen believes his victory in the Formula 1 Monaco Grand Prix was the result of covering off Valtteri Bottas at the start and then managing the race.

The Dutchman claimed his maiden win around the streets of the Principality, heading Carlos Sainz to the flag by a comfortable 8.9 seconds.

He’d held on to the lead at the start, despite a comparatively poor get away, leading Valtteri Bottas until the Finn retired in the pits on Lap 30.

Having managed the race to that point, from there Verstappen had little pressure and was able to cruise to the finish.

His cause was aided by Charles Leclerc’s failure to make the grid.

The Monegasque had qualified on pole position, with the Red Bull driver second, but a driveshaft failure prevented him from taking the start.

It made the Red Bull the de facto pole-sitter and saw him angle his car towards Bottas on the grid before closing his path off the line once the race got underway.

“It’s sad for Charles – starting on pole here at his home Grand Prix, it’s never nice to not even do the start,” Verstappen said.

“We still had to start in second, which I think was not a great spot to start on the outside for me.

“I thought it was going to be good, but I had a bit of wheel spin so I had to cut across and luckily I stayed in first but the grip wasn’t amazing.

“Once we of course, had the lead in Turn 1, from there onwards we could manage the pace quite well and look after the tyres,” he added.

“Around here, it’s all about just keeping them [the tyres] alive.”

The bulk of the field started on the red-walled soft compound tyres, switching to the hards at their sole pitstop.

Verstappen stopped four laps later than Bottas, and two after Sainz had pitted from third.

It saw him rejoin behind team-mate Sergio Perez, who pitted at the end of the lap, with the record books therefore showing the Dutchman leading from lights to flag.

“Basically tried to go as long as you can find a big gap,” he said of his early-race strategy.

“I think Valtteri was struggling a bit at one point with his tyres and he had to pit.

“Of course, it always looks like you’re going quite smooth but around here keeping the concentration for so long, it’s not easy.”

With Lewis Hamilton only seventh at the chequered flag, Verstappen has now taken over at the top of the drivers’ championship for the first time in his career.

“If it’s there at the end of the season that would be great,” he said of the accomplishment.

“It’s great to bounce back after the last two races where, of course, the gap got bigger.

“We still have to work hard because we know that Mercedes, on normal tracks, are still the ones to beat.

“But yeah, good, smooth weekend overall I think, and this is a great boost for the whole team going forward.”

The Formula 1 season continues with the Azerbaijan Grand Prix on June 4-6.