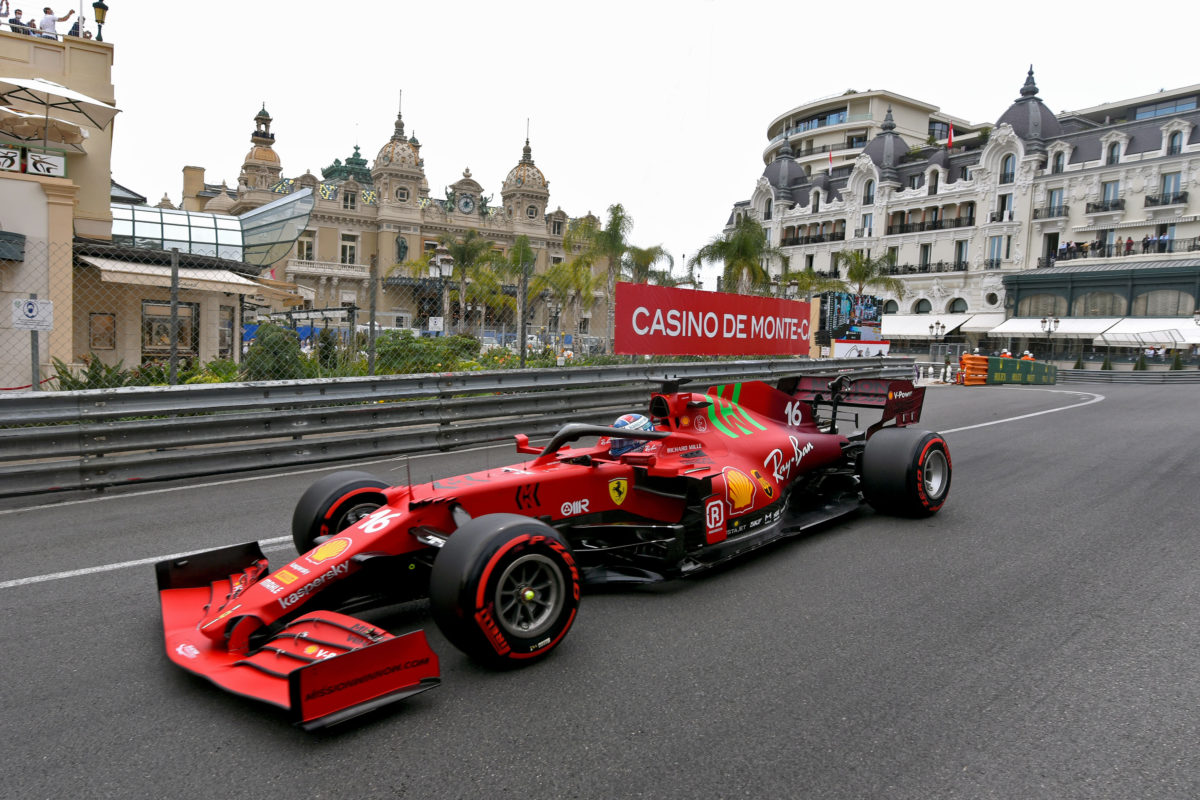 Ferrari’s Charles Leclerc will not start from pole position for the Formula 1 Monaco Grand Prix.

The Monegasque driver failed to exit the pit lane in time to join the grid amid concerns surrounding the rear end of his SF21.

Leclerc crashed out of qualifying in the dying moments of the session on Saturday, having set the fastest time.

Tagging the wall on the apex exiting the Swimming Pool, the 22-year-old ricocheted across the circuit to clout the barrier on the exit of the complex.

Following the incident, there were question marks over whether Leclerc’s gearbox had escaped the impact damage free.

The team subsequently announced that the gearbox had escaped damage-free.

“Therefore, the Monegasque driver will start today’s race from pole position, as per the qualifying result.”

Leclerc’s name was duly published on pole position on the final starting grid, issued by the FIA an hour prior to the race start.

However, concerns over the gearbox remained and Leclerc failed to exit pit lane in time to make the grid.

The team subsequently confirmed the car had a terminal issue with the left driveshaft, and the pole sitter will not start the race.