Gerard McLeod is confident of making further improvements with his Commodore when the Gulf Western Oils Touring Car Masters series resumes at Morgan Park next month.

McLeod gave the VC Commodore model its TCM debut in the round of 2020, when the car turned its wheels for the very first time in practice on the streets of Adelaide.

It has since completed two more rounds, at Symmons Plains in January and Sydney Motorsport Park at the start of May, topping practice at the latter.

While McLeod went on to qualify eighth, he was running sixth in Race 1, before a small flameout from the engine meant he eventually finished 10th.

A fourth in the Trophy Race and results of eighth in each of Races 2 and 3 followed.

“SMP was a really strong weekend for us and it was really the Commodore’s second ever race meeting after our last-minute debut at Adelaide in 2020 was basically a shakedown,” explained McLeod.

“The car is now genuinely within a second of the leaders and that’s very encouraging for a car still so new in its development.

“The car handles awesome and really hangs onto its tyres well so if we can get some more straight-line performance out of it, we should be more competitive once we return to the bigger tracks like Sandown and Bathurst later in the year.

“The biggest hurdle I have had has been learning the characteristic of the 245 Hoosier tyre, as we seem to not get as much gain when compared to our rivals when the tyres are fresh which we are working on fixing now.

“Now that the car has a couple of race meetings under its belt, we can press go on refining a whole heap of areas across the car that up until now have been left idle.

“We have some small suspension and gearing upgrades that we will debut at Morgan Park that should help the car bridge the gap to the lead four cars.” 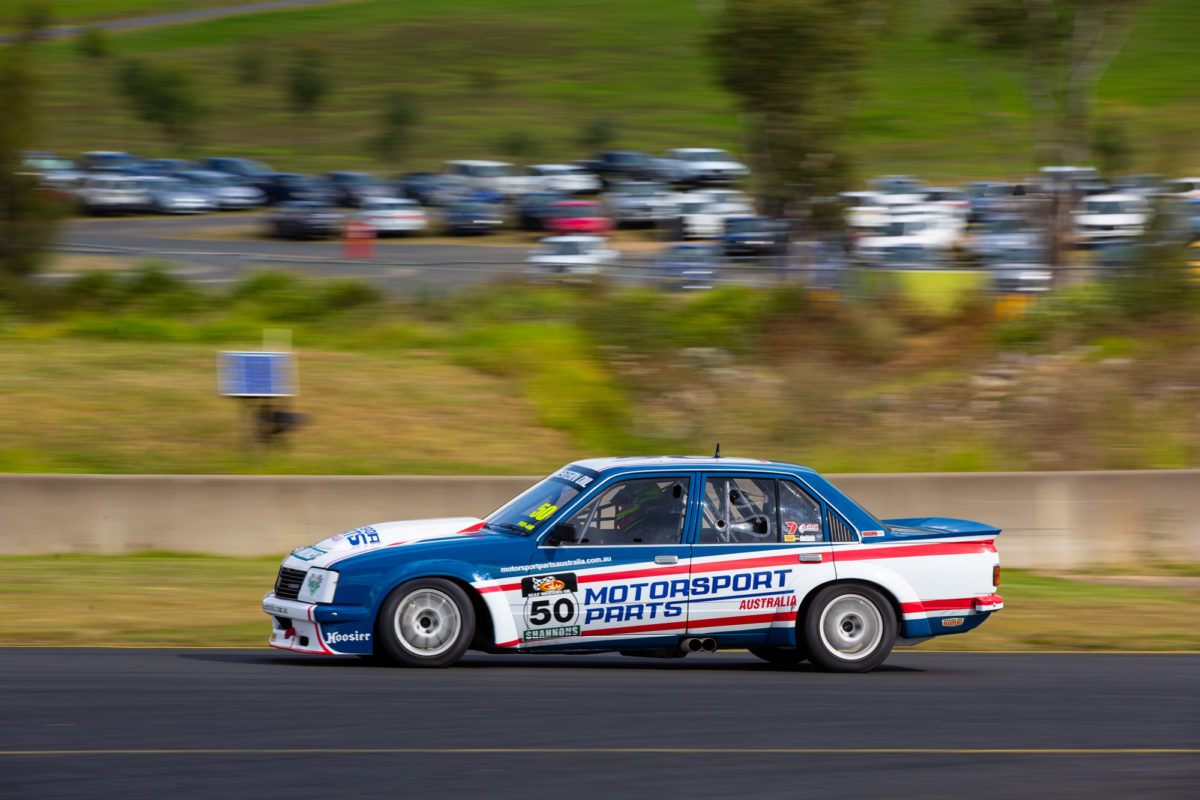 While the current rev limit for the Commodore’s LS2 engine meant McLeod struggled on Symmons Plains’ long back ‘straight’, the confines of Morgan Park should play into his hands somewhat.

“I have never raced at Morgan Park before but I think that the tighter the track, the better our chances of a good result, are so we should be right in the mix up north come June,” he added.

“Being the only Commodore in the field, we actually get a heap of support from die-hard Holden Commodore fans cheering the car on, so for that I think the car has been a great addition to the TCM paddock.”

Round 4 of the 2021 Touring Car Masters season takes place with the Shannons Motorsport Australia Championships on June 25-27.