Leclerc on pole despite crashing out of qualifying

Leclerc on pole despite crashing out of qualifying 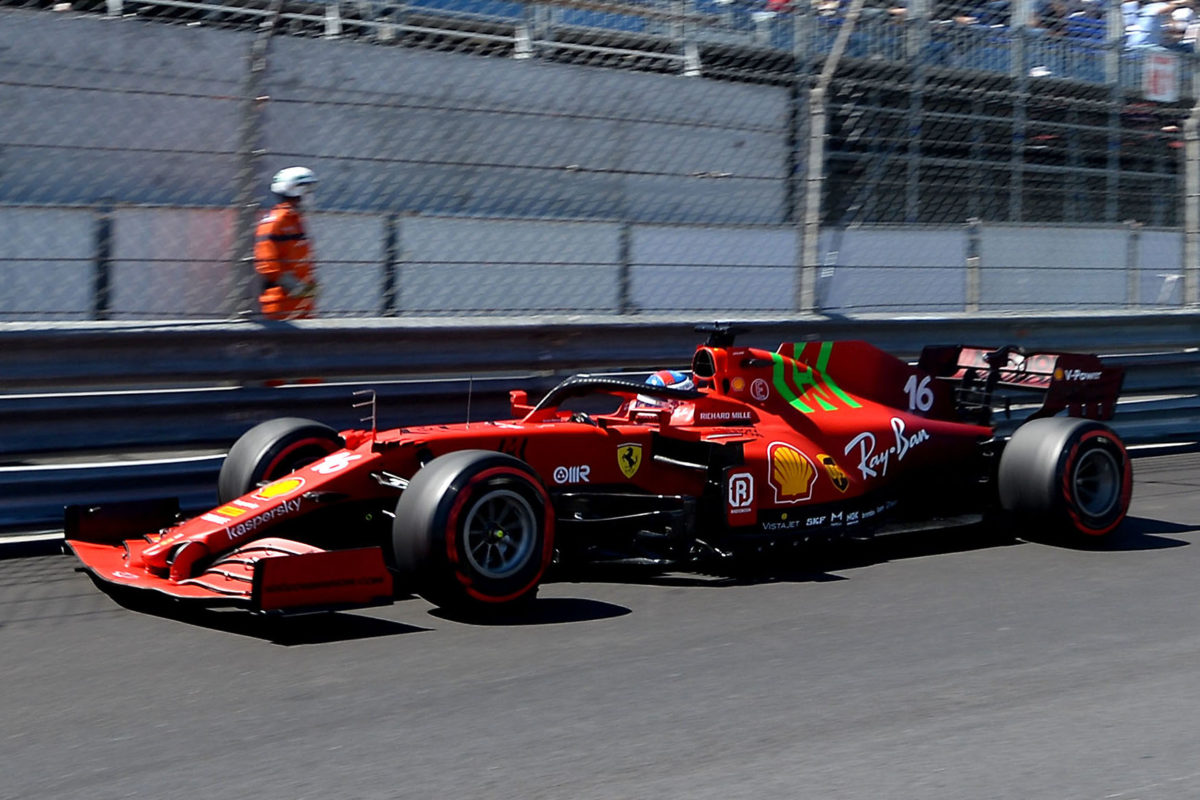 Charles Leclerc has confirmed himself on pole position for the Formula 1 Monaco Grand Prix after crashing in the dying seconds of the session.

Leclerc was provisionally fastest before he tagged the barrier exiting the Swimming Pool complex, skating into the wall at corner exit to draw the red flag.

He’d set a best of 1:10.346s to be fastest to that point, heading Max Verstappen and Valtteri Bottas, while championship leader Lewis Hamilton will line up only seventh.

Mick Schumacher failed to make the session owing to the damage his Haas sustained during a crash in the final minutes of the final practice session.

Verstappen, Lando Norris, Carlos Sainz, and Bottas all had spells at the top of the timesheets in Qualifying 1, the Mercedes driver heading the opening phase with a 1:10.938s.

Eliminated from the session, together with Schumacher who did not take part, were Yuki Tsunoda (AlphaTauri), Fernando Alonso (Alpine), Nicholas Latifi (Williams), and Nikita Mazepin (Haas).

The two Red Bulls of Verstappen and Sergio Perez set the early pace in Qualifying 2, quickly usurped by both Ferrari’s, Sainz faster than Leclerc with a 1:10.806s.

Slotting in to fourth was Hamilton and fifth Bottas, pushing Perez down to sixth in quick order.

An aggressive lap from Verstappen saw the Dutchman return to the top of the timesheets with a 1:10.650s, fastest of anyone in all three sectors of the lap.

The standard lull in the middle of the segment was broken with a flurry of activity in the final four minutes.

Hamilton was unable to make inroads with his final flying lap, improving his time but not his position to remain sixth.

On the bubble inside the final minute was Ricciardo, the Australian dumped out of the session when Antonio Giovinazzi improved.

The McLaren driver missed the chequered flag to start his flying lap, not for the first time in 2021.

Leclerc ended the segment fastest with a 1:10.597s ahead of Verstappen and Bottas as seven different teams were represented in the Top 10.

Verstappen kicked off proceedings in Qualifying 3 with a 1:10.576s, just over half a tenth clear of Bottas’ first effort.

Having taken an extra warmup lap, Leclerc began his first flying lap with just under nine minutes to run.

His Ferrari team-mate, running behind him on track, was also fast as the pair slotted in first and third, Leclerc fastest with a 1:10.346s to go 0.230s faster than Verstappen’s effort.

The McLaren driver remained on track, improving to a 1:10.620s to remain fifth with three minutes remaining.

His run concluded as most began, Verstappen warming up to his final flying lap with a scruffy initial effort.

The Dutchman spent the next lap cooling his tyres and charging his battery, touring around before beginning his final push lap with just seconds left in the session.

Traffic accounted for Sergio Perez’s lap, the Mexican passing three cars on the chute between Rascasse and Antony Noughes.

A kiss of the barrier for Hamilton midway through his final lap saw him abandon his lap just seconds before Leclerc clouted the wall exiting the Swimming Pool.

It drew the red flag with just 18s left, the Monegasque with the nose asunder from his car which was nestled against the barrier.

The crash robbed Verstappen and Bottas of the opportunity to improve their times, the pair having started flying laps.

They were therefore resigned to second and third respectively ahead of Sainz, Norris, Pierre Gasly (AlphaTauri), and Hamilton a comparatively lowly seventh.

Rounding out the Top 10 were Sebastian Vettel (Aston Martin), Perez, and Giovinazzi.

The Monaco Grand Prix gets underway at 23:00 AEST on Sunday evening.