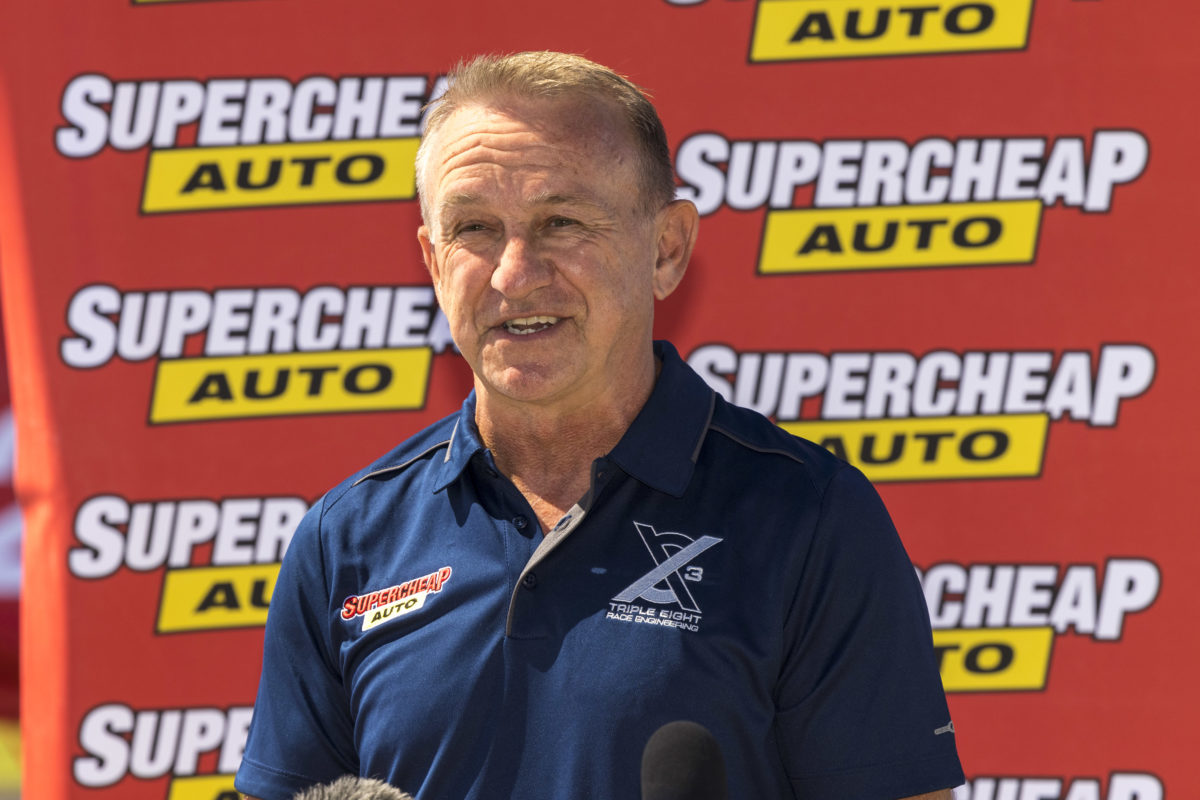 Russell Ingall has declared he will investigate making a full-time return to the Repco Supercars Championship if paddle shift is introduced as part of Gen3 regulations next year.

The stunning claim comes as the 57-year-old prepares for an unexpected appearance in the 2021 Repco Bathurst 1000 this October, co-driving with Broc Feeney in a Supercheap Auto-backed Triple Eight wildcard.

When asked by Speedcafe.com if that would definitely be his final Supercars race, Ingall admitted there would be a nice symmetry about contesting Holden’s final start at the Mountain having taken both his Great Race wins (1995 and 1997) with the Red Lion.

There is a condition that could change that, though.

“I tell you what, if they go to paddle shift, I’ll hit Supercheap up and see if we can have a full-time entry,” he told Speedcafe.com.

“If the paddle shift goes into it, I’m back in the game.”

Ingall has not raced full-time in Supercars since 2014 and last appeared as a co-driver in 2016.

He made reference to the current gearshift technique being an art that sets apart the good from the average, and believes paddle shift would make driving a Supercar relatively easy.

“As opposed to a paddle shift car where it’s basically two paddles, you hit the brake, stop the car and there’s no heel and toeing so you regulate the brake nicely and no problems at all and down change and have the auto blip and everything else, take your foot off the brake and hit the gas again.

“If they’re going to do that, I’ve got no problems within myself that I’ll still race anyone – I haven’t forgotten how to do that.

“The technique is quite hard in the current car and that’s something I am really going to have to work on for Bathurst… but if that’s all taken away and you have just got a couple of flappy paddles, I could race until I drop off the perch.”

Ingall referred to his involvement in the 2019 TCR Australia Series as proof, taking four podiums in his first nine races in the front-wheel drive category.

“I found it pretty easy, because all I had to do was concentrate on steering the thing,” he said.

While many have been critical of the potential for paddle-shift Supercars – and Ingall himself isn’t exactly a fan – the 2005 champion believes an upside could be the scope to have high-profile retired drivers return to the sport.

Among those he wants to see back are fellow Triple Eight co-drivers Craig Lowndes and Garth Tander.

“Maybe there’s possibilities of other people coming back into it who probably should have never left the sport,” said Ingall.

“The first reaction people would have is ‘oh you have got to allow for young guys coming through’ but I think at the moment it’s skewed too much the other way.

“You still need some of the star faces and recognisable faces in there while the younger drivers are forging their way through.

“I sort of liken it to the tennis, if the Roger Federers of the world and the Rafael Nadals all of a sudden kicked it in, you’d probably lose 50 percent of the audience.

“Maybe that could be a positive of paddle shift: it gives some of the stars a longer shelf life.”

During the week, Ingall had a brief steer in Feeney’s Super2 VF Commodore at Queensland Raceway.

He’s due to test a ZB Commodore for the first time on June 30 at the same location.