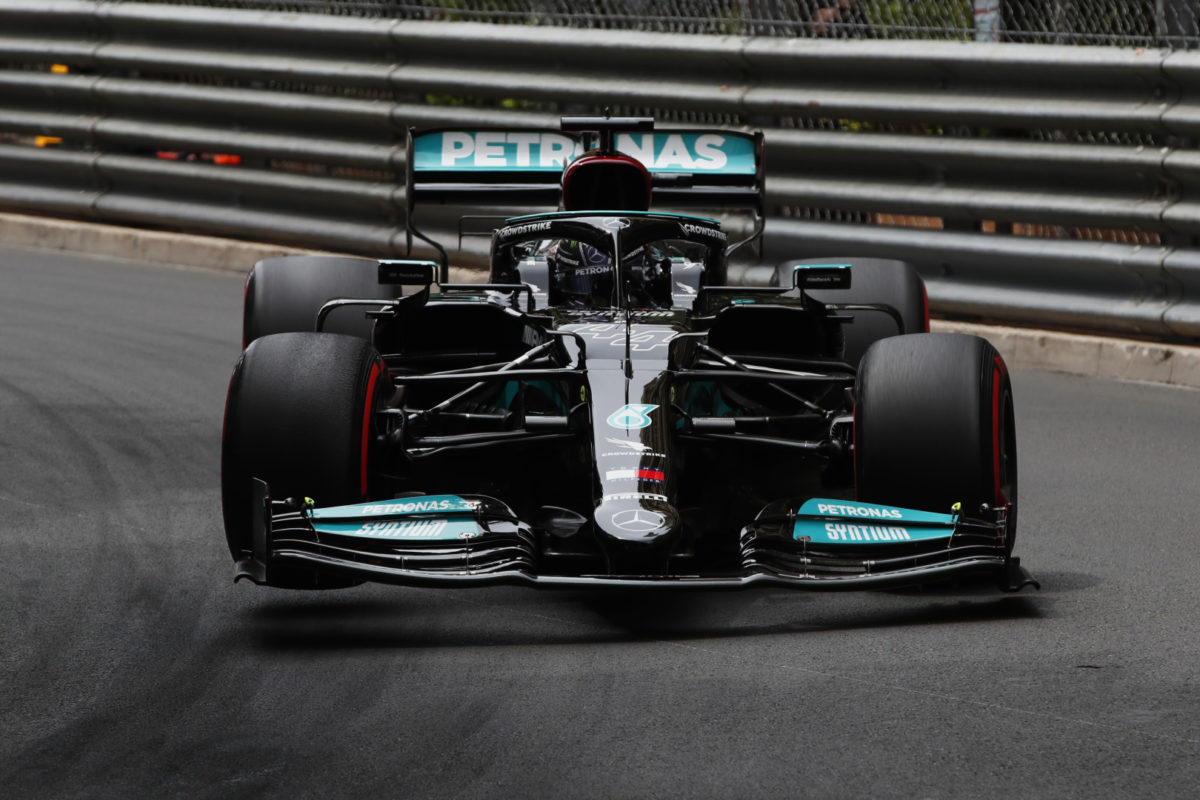 The Mercedes driver was more than 0.7s slower than pole sitter Charles Leclerc, who will be joined on the front row by Hamilton’s championship rival Max Verstappen.

“The car didn’t feel too bad on Thursday but we made some changes and it felt terrible today, so we’ll have to go back to the drawing board,” the seven-time champion admitted.

“From my point of view, I just had such a lack of grip out there, which then leads you to try to overdrive and start pushing to get more from it but to no end – it just doesn’t improve.

“So overall, a difficult day. Obviously Valtteri was able to get something out of the car but we have definitely had some problems today.”

With overtaking near impossible around the Monaco streets, Hamilton’s chances of making significant ground in the race are slim.

“It’s almost impossible to overtake here and from where we are, that’s pretty much the case when everyone is running at the same speed,” he reasoned.

“Saturday really is the day. I guess the minimum would be, hopefully, seventh and then we have got to try and somehow see if we can move forwards.”

Valtteri Bottas will line up third in the sister Mercedes, his best of 1:10.695s was just 0.045s slower than Verstappen.

The Finn was on an improved lap when the red flag was shown to end the session after Leclerc crashed at the Swimming Pool.

“On Thursday and even in practice this morning, I didn’t have the greatest feeling in the car – we were still struggling with the tyre warm-up and mechanically, the car just isn’t made for tracks like this,” he said.

“But I think we maximised everything set-up wise for Quali, we made some changes and I felt comfortable.

“As qualifying progressed, I saw that we had a chance for pole position so it’s a shame I never got to finish the last run – I guess we’ll never find out if it was enough, but it was a good lap up until the red flag, I was a tenth or two up.”

Team boss Toto Wolff was also left looking for answers, dissatisfied with third and seventh on the grid.

“It was not a good day for us overall and we need to find out why we couldn’t get Lewis’ car in a happier place,” he said.

“It was a shame for Valtteri – he was two and a half tenths up on his final lap and had a great chance for pole but crashes happen here in Q3, it’s when the drivers are pushing the most.

“For the whole day we struggled to generate grip with Lewis’ car and it cost him confidence in practice and that carried over into qualifying; we’ll work hard to understand why,” he added.

“With Valtteri’s car, he was happier in the morning session, could build confidence and his car seemed to be in a better window.

“Tomorrow will be a tight race, we need to stay patient and look for any opportunities to move forward.”

The Monaco Grand Prix gets underway at 23:00 AEST.