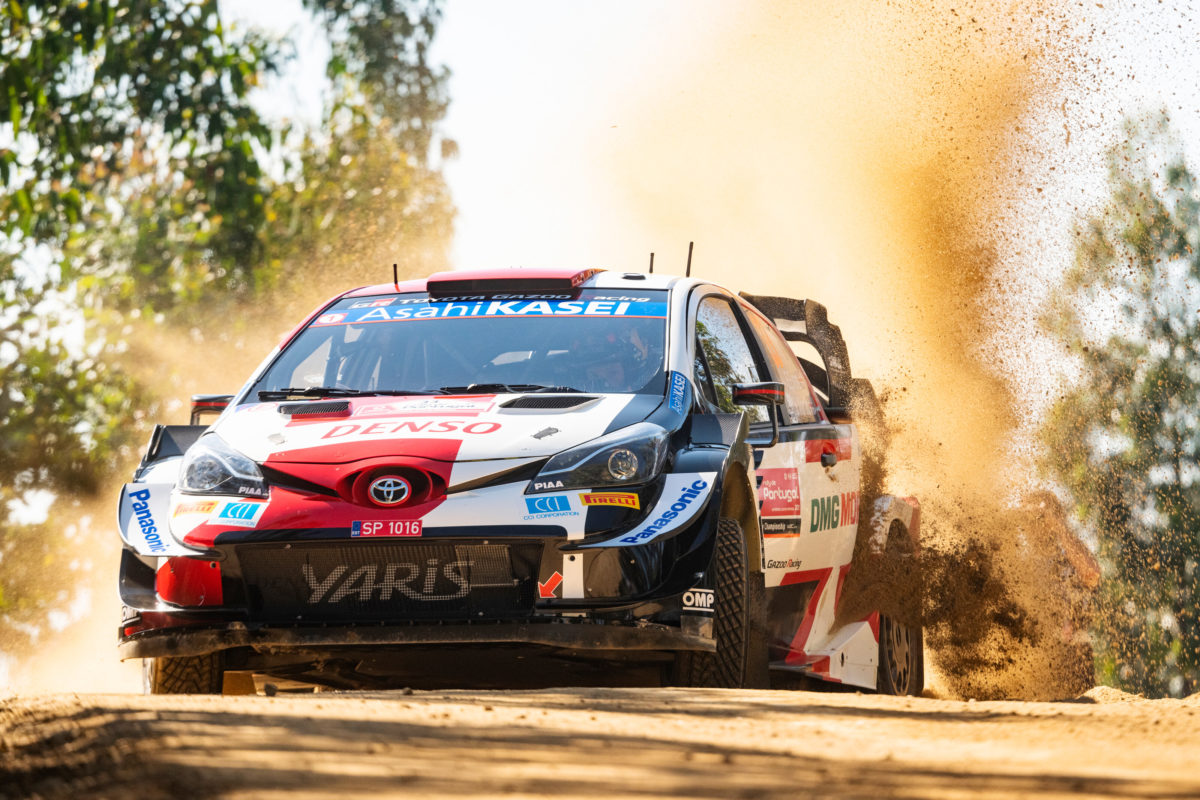 The Estonian held a comfortable 22.4s advantage over Evans at the end of Special Stage 13 before coming unstuck.

Tanak’s retirement came just 3.5km before the end of the second Amarante pass, as he sustained right-rear suspension damage.

“It was far from a great end after what had been a really nice and enjoyable day up to that point,” he said.

“I really enjoyed myself in the car, it was working nicely, and I was able to control everything.

“Unfortunately, we were forced to retire but hopefully the team will be able to fix it so we can return tomorrow ready to fight for some points.”

To that point, the Hyundai driver had won four of the day’s stages, with Evans taking over atop the leader board thereafter.

Dani Sordo sits second, 10.7s in arrears at the end of the second day, with Sebastien Ogier a minute away from the rally lead in third.

Sordo battled a starter-motor issue in his Hyundai i20 but still managed to close the gap to Evans on the final stage of the day by almost six seconds.

Ogier, by contrast, dropped more than 30s over the course of the day, and found himself battling with Toyota team-mate Takamoto Katsuta rather than making inroads on those ahead.

Five stages remain in this year’s event, the outcome of which – on current results – would see Ogier and Evans tied on 76 points at the top of the championship standings.