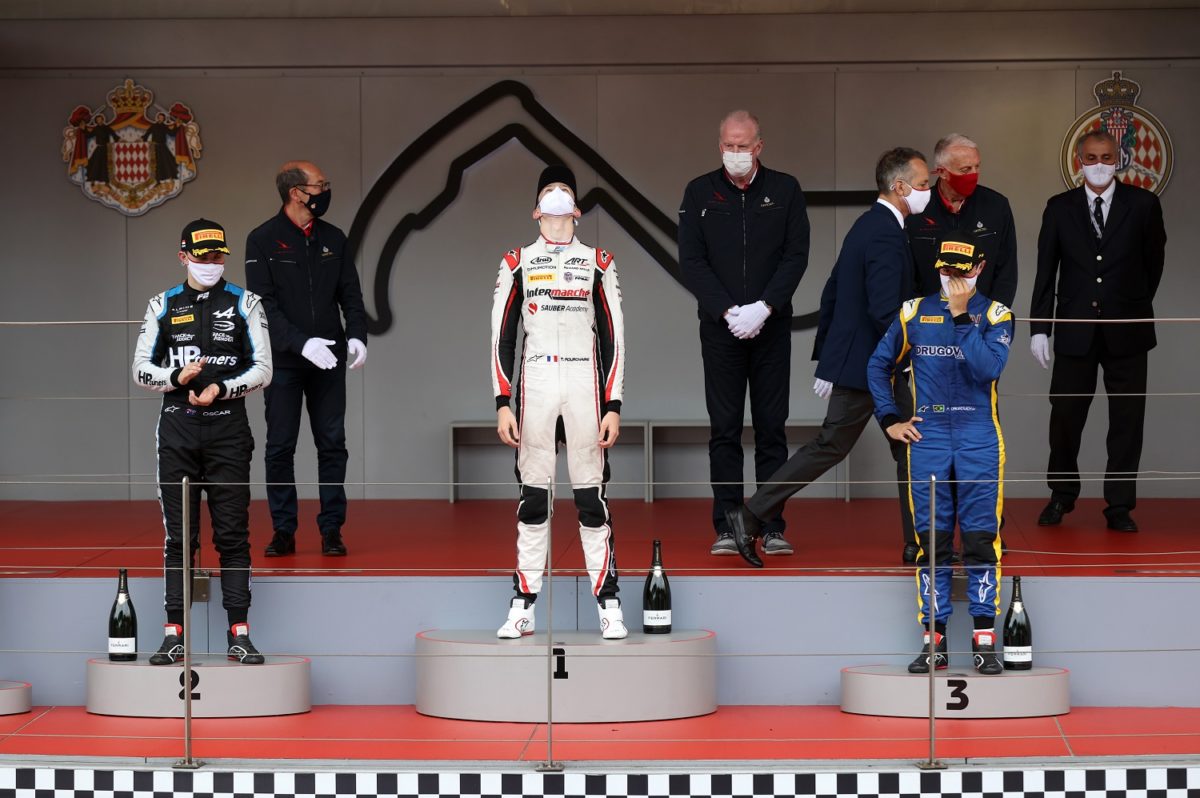 The Australian opened his account with a point in the reverse Top 10 opening race before a brace of second place finishes on Saturday.

Piastri started Race 2 from third on the grid, owing to his eighth-place result in the opening sprint encounter on Friday.

During the race he fell to third but was promoted back to second when race winner Liam Lawson was excluded.

He then survived a spirited battle with Dan Ticktum, who’d inherited the Race 2 victory, in the Feature race on Saturday afternoon.

Running third on the road, Piastri fought a rear-guard action to hold his spot from the Englishman’s advances.

Prema Racing reacted well when Ticktum stopped, pitting the Melburnian next time through to cover off the risk of the undercut.

A Virtual Safety Car soon after prompted a mistake from the 2020 Formula 3 champion, locking a brake in the Swimming Pool complex.

That allowed Ticktum to draw alongside, but Piastri refused to relent and held his line through the Rascasse to maintain the spot.

While the pair did not make contact, the former slid up to the barrier from which he was unable to extract the car and was forced into retirement.

A slow stop for Robert Shwartzman, who had been running second, left Piastri an unchallenged run to the flag behind race winner Theo Pourchaire.

Guanyu Zhou finished fifth and continues to lead the championship with 68 points.

Piastri chalked up 31 points over the course of the weekend to rise to second on 52 points, with Pourchaire’s Sunday efforts propelling him to third.

Liam Lawson finished seventh in the Feature Race to now sit fifth in the championship battle.

Fellow New Zealander Marcus Armstrong had a horror run, a 10th place finish in Race 1 the only time he saw the flag all weekend.

The FIA Formula 2 Championship remains part of the F1 undercard as it heads to Baku for the Azerbaijan Grand Prix on June 4-6.