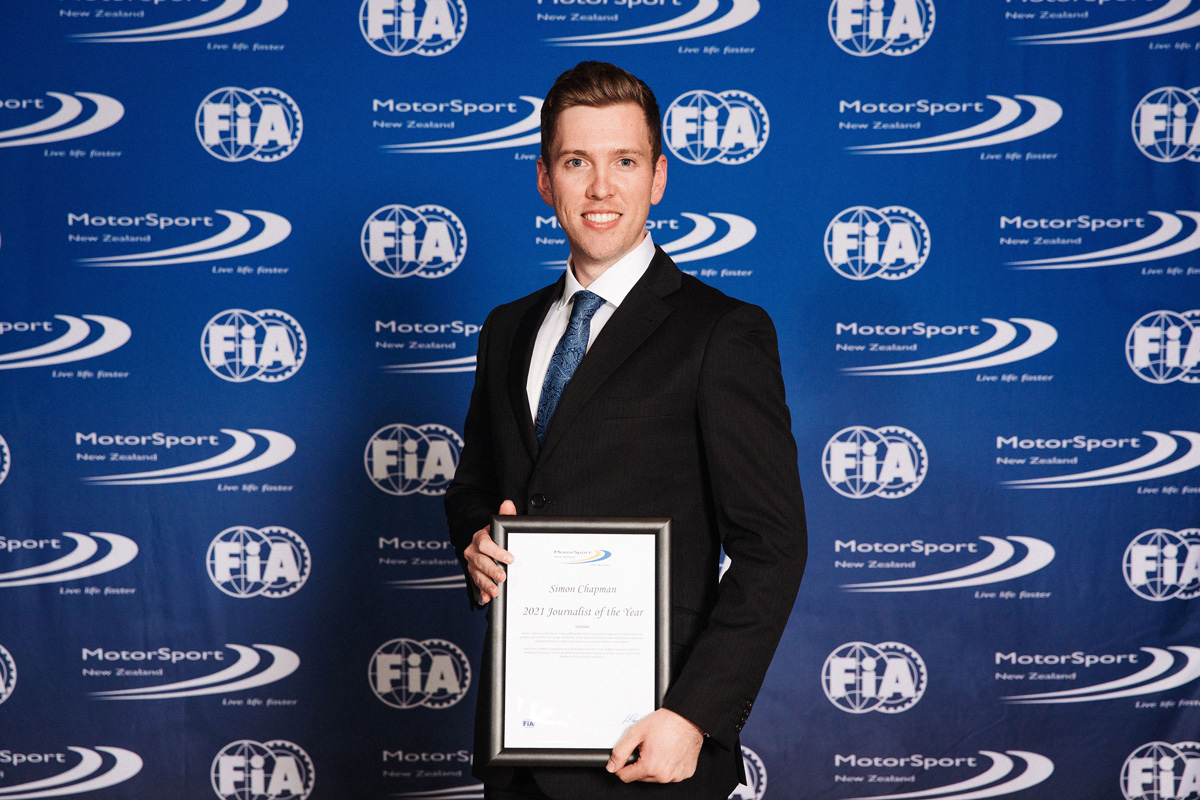 Speedcafe.com’s Simon Chapman has taken out the MotorSport New Zealand journalist of the year award.

Chapman, who joined Speedcafe.com as a senior journalist in February 2020, covers the Repco Supercars Championship and IndyCar Series.

The winning entry for the 24-year-old Kiwi, who was in attendance at the awards ceremony in Christchurch last night, was a feature article on IndyCar mechanic Blair Julian.

“Simon has crafted an engaging story that forms part of a series of New Zealanders and their motorsport journeys.

“He has succeeded in bringing the largely unknown success story to the forefront of motorsport’s audience.”

On winning the award, Chapman said: “Firstly, I’d like to thank MotorSport New Zealand for this award.

“Thanks must also go to my family and friends who have supported me in pursuing my passion and to those who have let me tell their story.

“The COVID-19 pandemic was a particularly difficult period but it provided an opportunity to reflect on the success of New Zealand’s best in the motor racing business globally.

“New Zealand has an uncanny ability to produce exceptional talent and I look forward to seeing who makes waves next.”

Speedcafe.com editor Connor O’Brien added: “Massive congratulations to Simon on being recognised with this well-deserved award.

“You’d be hard pressed to find someone who loves their motorsport more than Simon and that is reflected in the dedication and work ethic he brings to the Speedcafe.com team.

“I’m hugely proud of what he’s achieved so far and what’s even better is I know his best is still to come.”