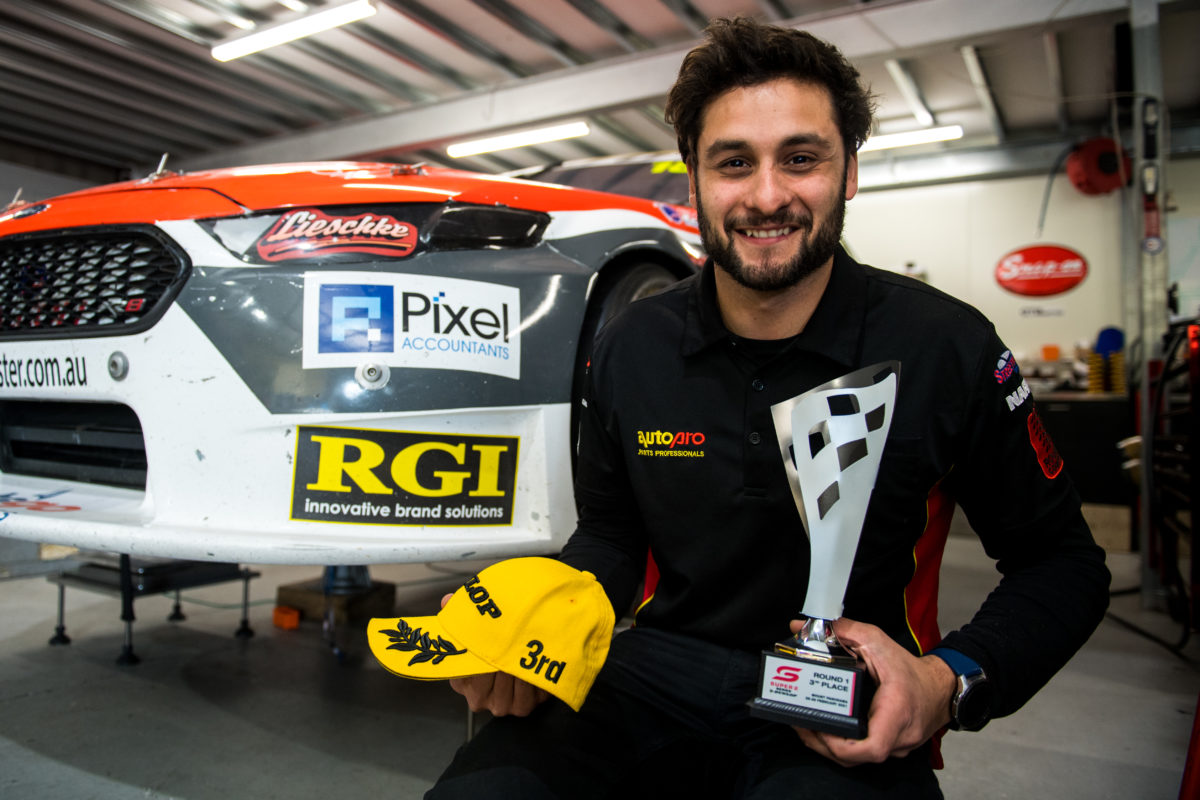 Matt Chahda Motorsport has received its trophy for finishing third in Round 1 of the Dunlop Super2 Series at Mount Panorama.

Matt Chahda took the chequered flag in fifth in Race 2 back on the final day of February, but was subsequently elevated due to a post-race penalty for Broc Feeney and the somewhat controversial disqualification of Jordan Boys.

The latter sanction meant that what were already career-best race and round results of fourth turned into podiums in each, almost six weeks after the fact.

It therefore also marks the first such result for the family team since moving into Super2 in 2015.

“We’ve got it,” Amin Chahda, team manager and father of Matt, told Speedcafe.com.

“Zak Best [new round winner, series leader] sent it up to us through Tickford – he got his, we got ours – so we’ve got our trophy and we’re happy.

“It’s a very expensive trophy, but it’s worth it,” he quipped.

“It’s pretty cool to have it; a Bathurst podium in anyone’s [mind] is good.”

Chahda was among those testing at Winton last week, ahead of Round 2 of the Super2 Series beginning at the same circuit this coming Friday.