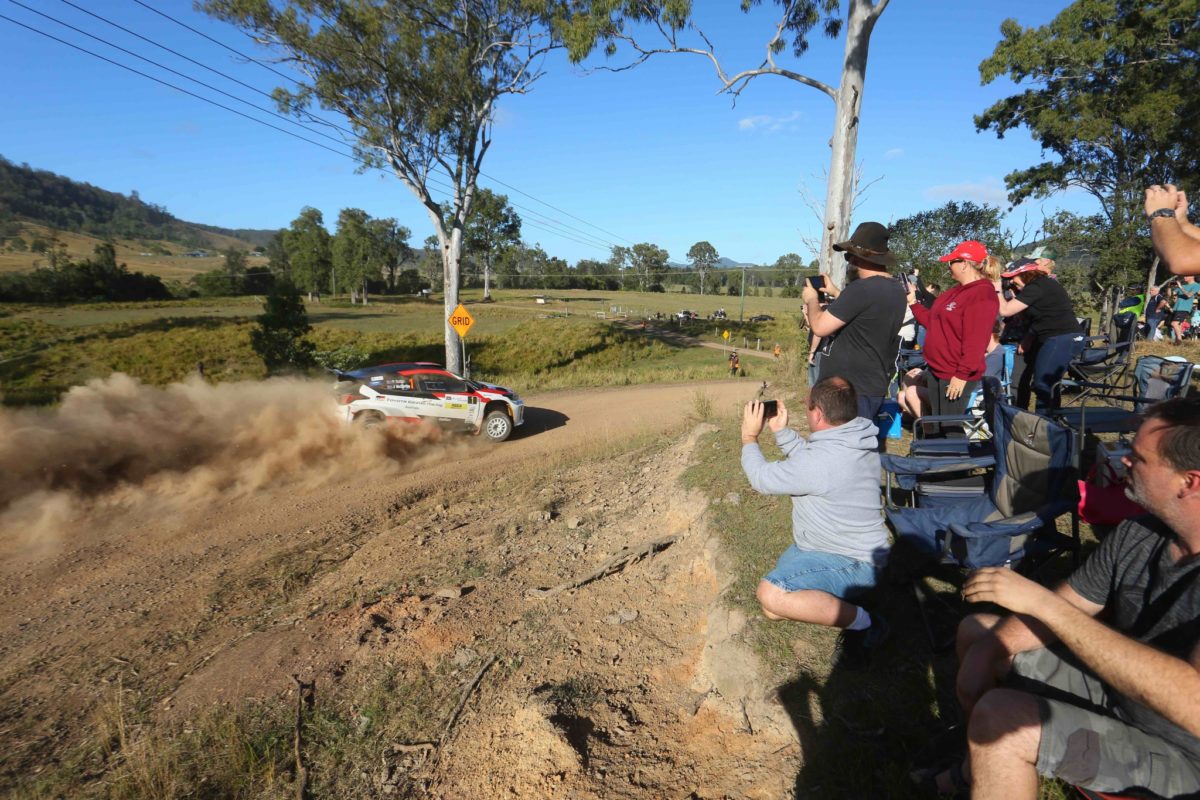 Round 2 of the RSEA Safety Motorsport Australia Rally Championship, the 2019 champions took a clean sweep of stages to win the event by more than two minutes.

The Bates-McCarthy combo held a commanding one-minute lead heading into Saturday, and all but wrapped up the event by the first service break on Sunday.

An off for Lewis Bates saw him drop 50 seconds on Stage 9, all but handing the victory to his brother.

Outside of a minor overshoot at a hairpin on the Elysian Energy Power Stage, it was an otherwise straight-forward weekend for Bates as he went on to take out maximum points from the rally.

“It’s a very special feeling getting the clean sweep,” he said.

“To finally have it under the belt is nice. Probably a dumb goal to have in the back of mind but it was a goal nonetheless.

“I had to dig deep. Arron and Lewis and other guys like Clayton Hoy were close on certain stages.

“There was not any point where I could take my foot off the pedal and that was the key to getting the stage wins. Staying committed all weekend.

“We developed a small issue with the radiator before the third stage today, but the Neal Bates Motorsport team fixed it during the service and it held through for the rest of the day.”

The ARC returns at the start of July with the Les Walkden Enterprises Rally Tasmania in Launceston on July 2-3.