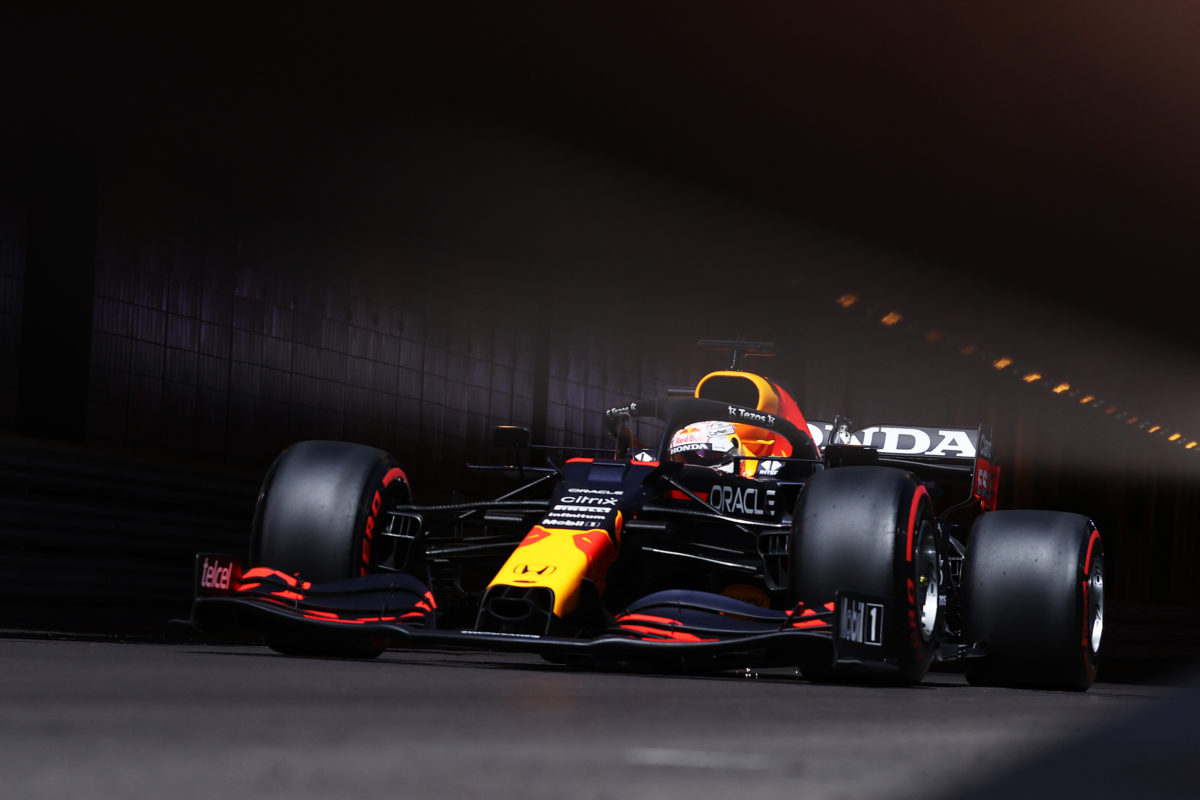 The session was stopped with two minutes left on the clock when Mick Schumacher found the wall exiting Casino Square.

The German lost the Haas on the apex of the corner, tagging the wall with the left-rear before the front followed it in.

It was the second time the red flag had been shown during the session, Nicholas Latifi having nosed into the barriers exiting the Swimming Pool with just under 18 minutes to run.

However, it was the Ferrari driver who looked the better of the two, the Spaniard’s tyres far older that those on the Red Bull.

Meanwhile, Lewis Hamilton was just seventh best in the final session prior to qualifying, while his Mercedes team-mate Valtteri Bottas was fourth best.

It was a slow start, indeed Hamilton only climbed into his car with 10 minutes already on the clock in the hour-long session.

As it had been on Thursday, traffic remained a critical issue.

That was evidenced best by a near miss mid-session between Lando Norris and Sainz.

A mix up between the two saw the McLaren driver nearly plough into the rear of the Ferrari as they approached Antony Noughes.

There were several other near misses, both with traffic and the barriers, with Leclerc brushing the barriers on at least one occasion.

Heading in to qualifying, Ferrari remains a firm favourite, the SF21 showing itself to be especially compliant over the bumps.

Mercedes has its work cut out, with cooler conditions appearing to hinder it from generating the tyre temperature it needed to match the front runners.

Hamilton even had a near miss, locking the rears at the second part of the Swimming Pool complex before correcting the snap and skating through the run-off area.

At McLaren, Norris ended the session with the sixth fastest time, while Daniel Ricciardo was just 13th.

The Australian reported traction issues over the radio, though was clearly more confident on the brakes, especially through the Nouvelle Chicane.

Nevertheless, his 1:12.959s was some 1.6s away from the outright pace, and a second away from Norris.

Qualifying for the Monaco Grand Prix follows from 23:00 AEST this evening.