How Tickford co-driving has reinvigorated Moffat

How Tickford co-driving has reinvigorated Moffat Each and every year the Supercars circus rolls into Mount Panorama for its classic endurance event, James Moffat is among the pick of the co-drivers.

The 2021 Repco Supercars Championship marks the 36-year-old’s fourth campaign with Tickford Racing, and he is set to have a red-hot shot at Great Race glory this October in Cameron Waters’ Monster Energy Mustang.

The crucial but perhaps underrated responsibility of co-driving is one that Moffat has thrived in.

In fact, it’s given him a new lease on life compared to the less than enjoyable end to his full-time Supercars career.

Carrying an iconic motorsport surname and battling in the mid-to-back section of the grid, the pressure cooker was turned up to the max.

After stints at Dick Johnson Racing and Kelly Racing – for whom he delivered their first Nissan win at Winton in 2013 – Moffat’s final two full campaigns came at Garry Rogers Motorsport, paired with formidable team-mates.

The first of those, in the Volvo S60, was particularly brutal; Scott McLaughlin taking third in the 2016 championship while Moffat was buried in 20th.

He was dumped in favour of GRM protégé James Golding at the end of 2017, clearing the path for Tickford to swoop on his services for the annual endurance season.

He shared victory with Chaz Mostert at the 2018 Gold Coast 600 and has been strong ever since.

“I enjoy my racing a lot more than probably when I was driving full-time in Supercars – towards the end of my full-time driving anyway, probably the enjoyment wasn’t quite where it needed to be, to tell you the honest truth,” Moffat told Speedcafe.com.

“Results, pressure, [it was] a combination of everything.

“When things aren’t going like you want them to, obviously that can create pressure.”

Moffat, the 2009 Super2 Series runner-up, admits he does wish he’d had an opportunity at a team like Tickford in a full-time capacity. 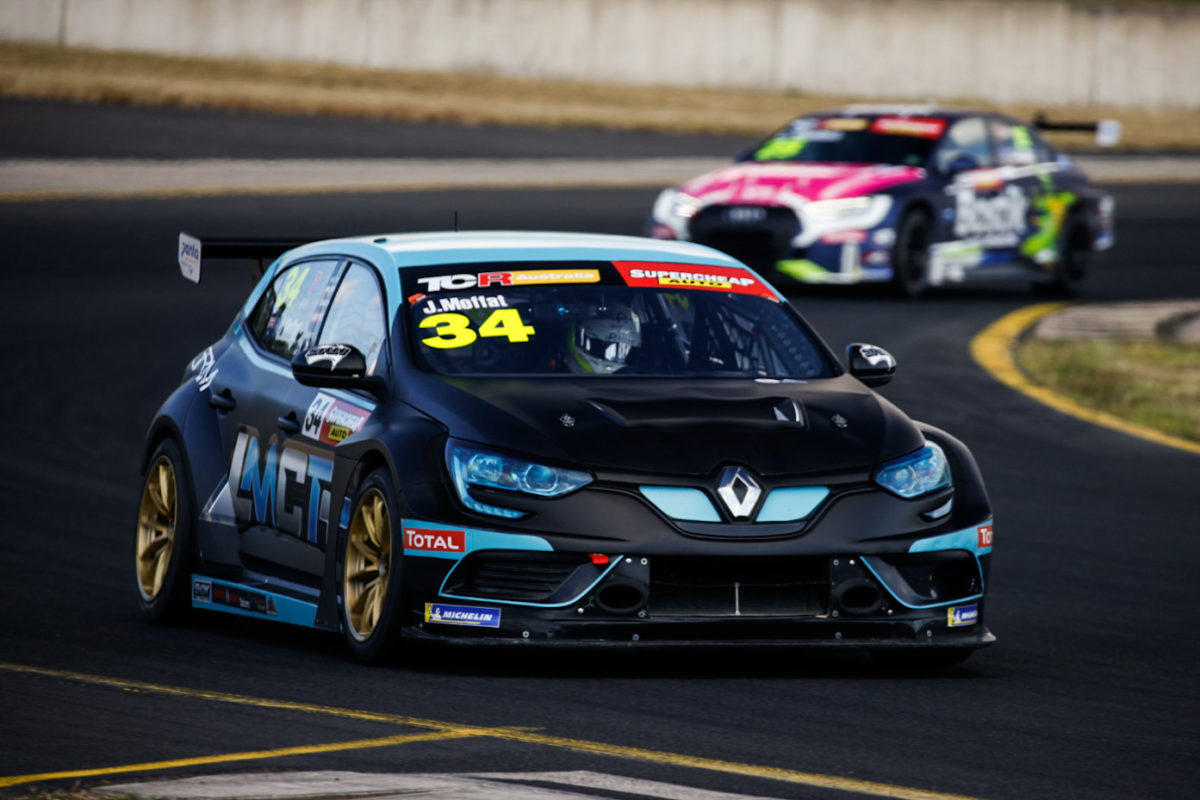 “Oh look, you go through periods where you reflect on bits and pieces along the way,” he said.

“Probably the simple answer is, yes, I do wish I possibly had an opportunity with that level of equipment underneath me.

“But having said that, that’s not taking away from any of the teams that I drove for when I was full-time.

“I’ve enjoyed the co-driving role, I’ve been able to settle in well with Tickford and from my point of view, I feel like I have been able to contribute along the way which is always what you want to try to do.

“The team have been competitive along the way as well, so that always helps when you are jumping into a competitive car.

“I’ve had it when you’re not in a competitive car and it doesn’t matter how well you drive, the results just aren’t there.

“I probably try not to think about what could have been too much because it didn’t happen.

“I know what the expectation is of me coming in each year and competing in the endurance races, so I’m comfortable with that and with the other forms of racing that I’m doing.”

Moffat races a Renault Megane RS for GRM in the Supercheap Auto TCR Australia Series, and will make his debut in the National Trans Am Series at Morgan Park next month.

He still gets immense satisfaction any time he can hop in a Supercar, most recently in the #6 Mustang at a test on Tuesday at Winton Motor Raceway.

Asked how he’ll enjoy teaming up with in-form Waters come October, Moffat was coy given the team has not officially announced pairings (Thomas Randle and Alex Premat are its other signed co-drivers).

“Obviously there’s not too much I can say on that front, that’s up to the team to make their own announcement on what’s going to happen there,” he said.

“But I wouldn’t be speaking out of school that there would be a lot of people lining up and very happy to drive with Cam, particularly with the way over the last 18 months he seems to have progressed with his driving.

“There’s no doubting his speed, it all seems to be coming together for him.”

Moffat is the son of four-time ATCC champion and four-time Bathurst 1000 winner Allan.