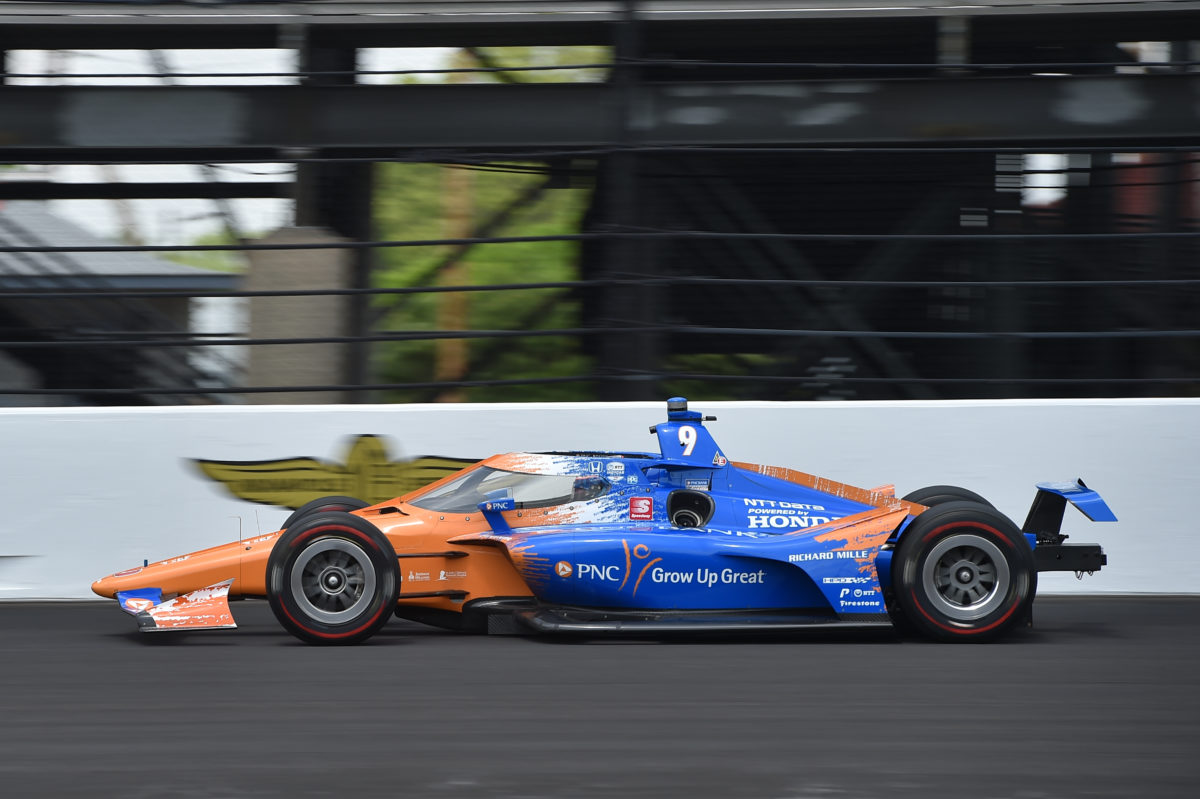 Scott Dixon has set the pace on the final day of practice before qualifying at the Indianapolis 500.

Hondas, particularly those from the Ganassi camp, dominated Practice 5, while the fastest Team Penske driver was Josef Newgarden in 22nd, two spots ahead of rookie team-mate Scott McLaughlin.

By way of comparison, only 0.2972s covered a top 11 which included just the one Chevrolet-powered car, that being the #5 McLaren SP entry steered by Pato O’Ward.

Rounding out the top five were Dixon’s three team-mates, namely Tony Kanaan ahead of Marcus Ericsson and then Alex Palou.

Santino Ferrucci (Rahal Letterman Lanigan Racing) was cleared to run on Fast Friday after a crash in Practice 4 saw him hospitalised, and ended up 14th.

There will be another, hour-long practice session tonight (23:30 AEST) before almost six hours of Day 1 Qualifications from 02:00 AEST.