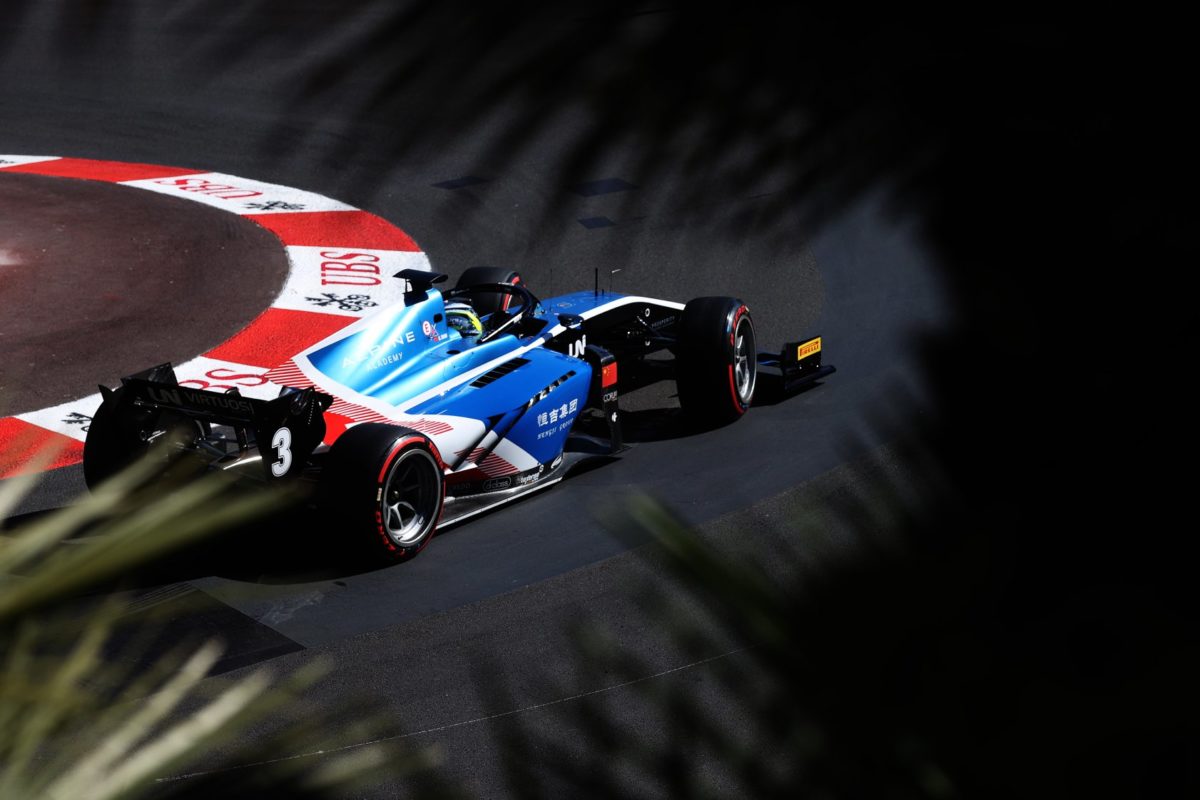 Guanyu Zhou has taken a lights to flag victory in the first of three Formula 2 races in Monaco.

The Alpine Academy driver held a commanding lead until a late Safety Car, but still managed to head team-mate Felipe Drugovich to the flag by 2.5s after 30 laps.

Piastri stayed out of trouble in the opening exchanges, though did drop from eighth on the grid to ninth by the end of the opening lap.

The race quickly settled into a rhythm, Zhou leading from Christian Lundgaard and Drugovich.

Second placed Christian Lundgaard then struck trouble mid-race, the back of his ART bellowing smoke.

It saw him drop time on the race leader, and ultimately pull off the circuit at Mirabeau on Lap 15.

That promoted Piastri into eighth, the final points-paying position, and Lawson ninth.

A Virtual Safety Car was deployed on Lap 25 when Gianluca Petecof found the wall exiting the Swimming Pool.

That was quickly upgraded to a full Safety Car so officials could clear the three-wheeled Campos that was stricken against the barrier.

It was a brief interruption, the field released with three laps left to run.

The restart was notable only for Juri Vips, who headed a train of cars from fifth backwards, though none were able to make a move and remained as they were to the flag.

Piastri therefore hung on to eighth, which will become third on the grid for Race 2, while Lawson was ninth and Armstrong bested Jehan Daruvala at the final corner to take 10th.

That will make for an all-Kiwi front row for Race 2, which gets underway at 16:20 AEST on Saturday.