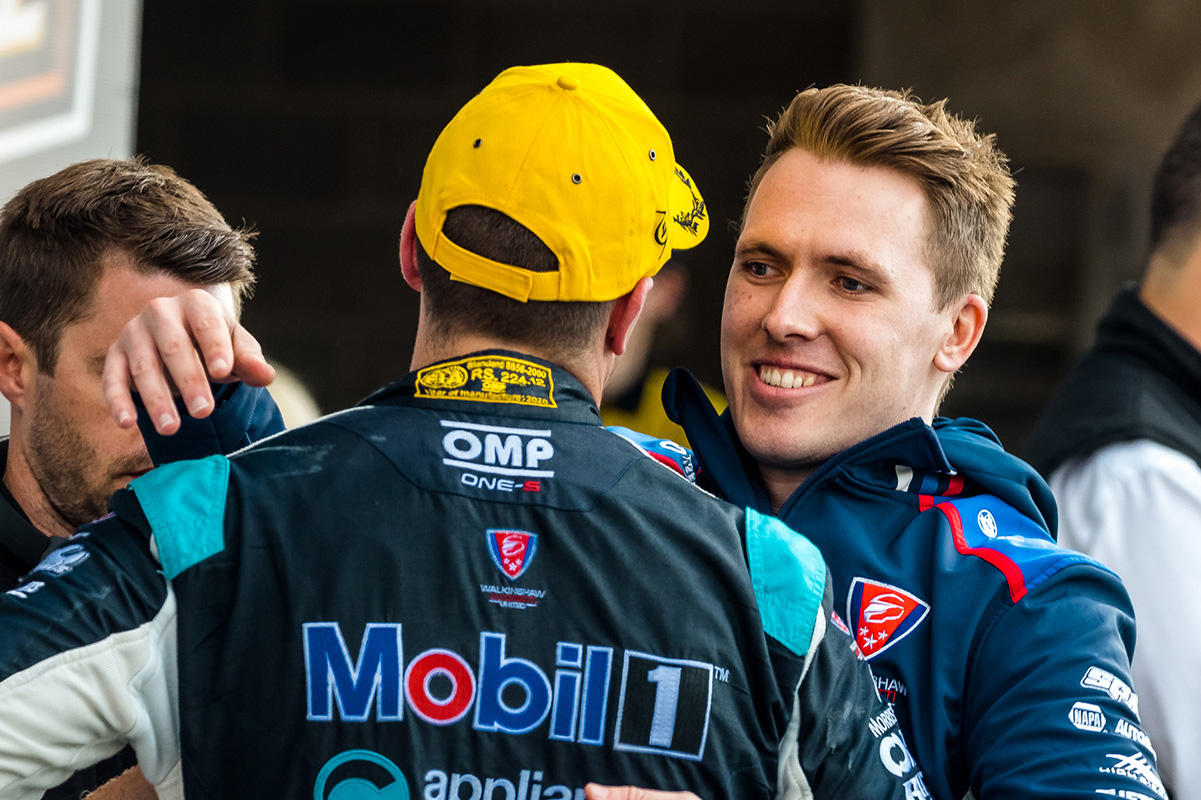 It’s been a long and bumpy road for the Clayton operation which dominated the category in the late ‘90s and early 2000s, only to endure a nightmare run during the 2010s.

Rock bottom came in 2017, when its high-profile driver James Courtney slumped to a shocking 21st in the standings courtesy of a dreadfully uncompetitive package.

Through various changes, from key staff to its management structure, the squad now known as Walkinshaw Andretti United is back to contending week in, week out.

Star driver Chaz Mostert is perched third in the 2021 Repco Supercars Championship and would be second if not for some misfortune – a broken throttle cable at Sandown, and a multi-car opening lap scuffle at The Bend.

It’s a welcome situation for Walkinshaw to walk back into, having observed his mandatory two-week quarantine period upon returning from his Monaco base to check in on his Australian businesses.

Walkinshaw, who battled COVID-19 earlier this year, had spent many months applying to travel Down Under.

Here for six to eight weeks, his arrival comes in the lead-up to the Winton SuperSprint across May 29-30, and he can’t wait to see his rapidly improving team in person.

“Our team worked really, really hard in the off-season – it was quite a long off-season – in development and the engineers and the drivers have been working really, really well together,” Walkinshaw told Speedcafe.com in his first interview since touching down in Australia.

“Carl [Faux, technical director] has done a lot of good work leading that department and Bruce Stewart leading the team as well during last season and during the off-season.

“It’s been very, very productive and we’ve got a huge amount done, so I think that’s starting to translate on-track.

“Our qualifying performance especially is far improved from where we’ve been historically and our race pace is pretty good as well.

“Chaz is driving really well and getting the results we want.

“We can always do better and I think we will continue to improve as we go on throughout the season, but it’s a very competitive category and everyone else is doing a really good job as well.

“Shell V-Power have stepped up again recently after a bit of a wobbly start, and Triple Eight and Shane [van Gisbergen] have obviously been very dominant, even for them.

“So we’re under no illusion that it’s going to be a good fight, but it’s nice to know that we’re actually in the ring throwing some punches.” 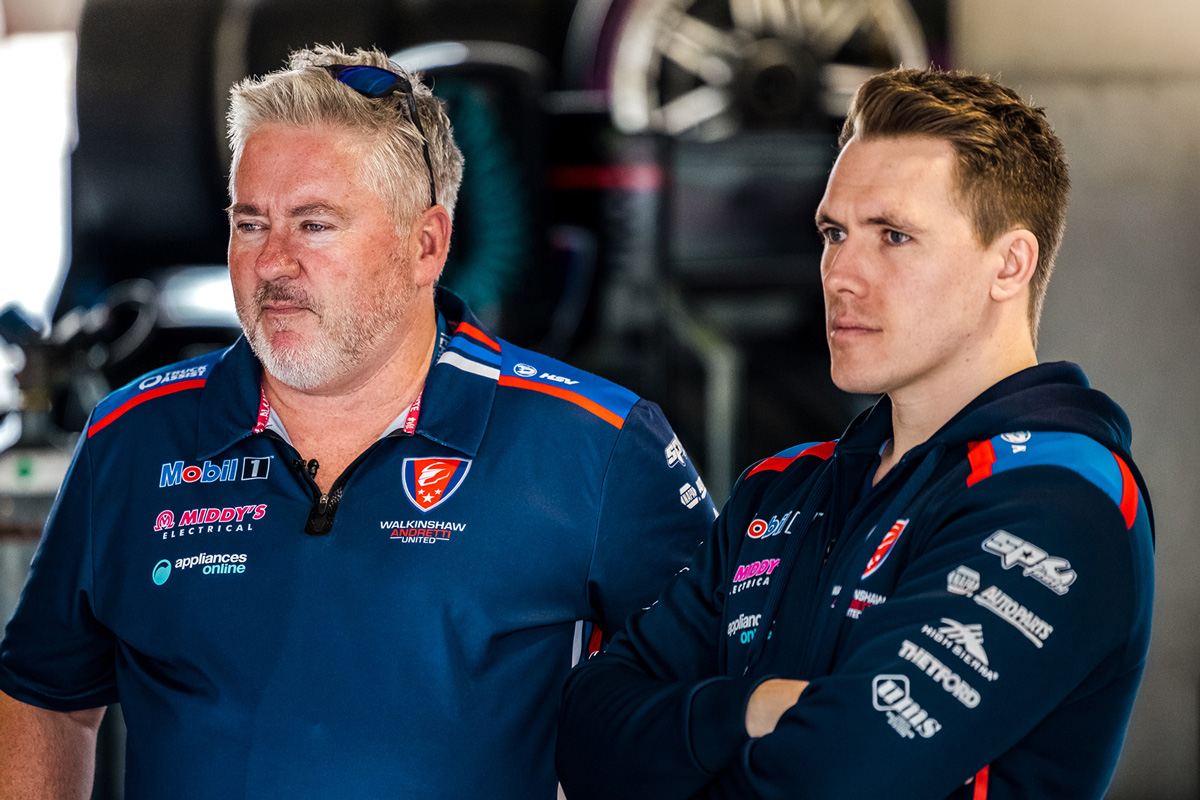 Bruce Stewart and Ryan Walkinshaw at the 2020 Bathurst 1000

Quite a key sign of improvement is the fact WAU has been pretty well equally competitive on four different track layouts thus far in 2021.

“What we’ve had for pretty much the last decade was we’d be very good at some tracks and absolutely nowhere at others,” Walkinshaw added.

“We’ve finally managed to develop the car that it’s pretty good at most tracks so far.

While Mostert is enjoying a strong campaign headlined by victory at Symmons Plains, his team-mate Bryce Fullwood has had a tougher time of it.

Fullwood has only twice finished inside the top 12 in 11 races, and is 15th in the overall points.

“It’s been a little bit of a wobbly season unfortunately for Bryce so far but he’s still a good kid and we still believe in him,” said Walkinshaw.

“Last year he did unusually well for a rookie and I think a lot of people’s expectations were that he would instantly step up and go forward again this season, which so far hasn’t happened, although we are pretty confident we’ll be able to get him a bit more consistent going forward.”

WAU is fourth in the teams’ championship after four rounds, just 21 points behind Tickford Racing.