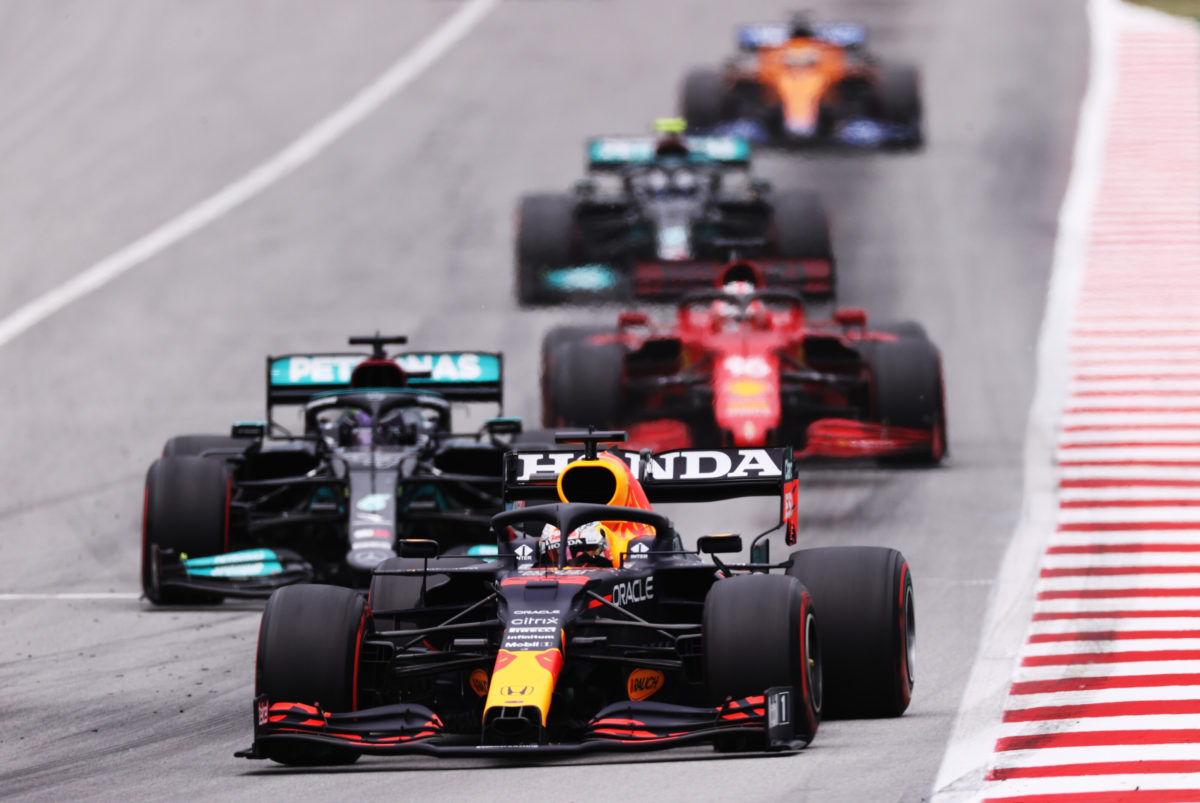 Flexible wings are a hot topic in the F1 paddock

Tensions within the Formula 1 paddock are high as ill feeling regarding the FIA’s stance on flexible rear wings boils over.

Following the Spanish Grand Prix, the FIA announced it would introduce new measures to test for deflection on the rear wing.

That followed allegations from Mercedes that Red Bull had employed such a design, with analysis also suggesting Ferrari, Alpine, and Alfa Romeo had followed suit.

Formula 1’s technical regulations do not allow for flexible wings, with load tests in place designed to assess the legality of each car.

Those tests will be ramped up, though a number of teams suggest that process will not be introduced soon enough.

McLaren’s Andreas Seidl has revealed the squad has engaged the FIA regarding the matter with the hope to having the technical directive applied immediately.

The German’s argument, which is supported by Mercedes, is that the rules prohibit deflection of bodywork and that the revised load tests are merely one measure of compliance.

“We welcome the reaction from FIA with the Technical Directive, where we also, let’s say, happy with the basic content,” he explained.

“Where we strongly disagree with is the timing of the implementation.”

Seidl argues that teams exploiting the design have already enjoyed an advantage, and should not be allowed to continue to do so in light of the clarification.

“Allowing them to have further advantage for some races is clearly something we strongly disagree with [and] where we are in conversation with.”

He claimed that cars that are in breach of the regulations were currently on track, even if they had passed the FIA’s current deflection test.

“The tests that are mentioned in the regulations at the moment, they’re in place to, let’s say, additionally support FIA in order to check in a straightforward way if the costs are complying with the regulations.

“It doesn’t mean that only this test is the only criteria if the car is legal or not.

“With the footage that is available from Barcelona, I think it’s pretty clear what’s going on there, and we simply hope that FIA shows a very strong hand now on this.

“It’s simply not acceptable, because it puts teams that comply with the regulations at a disadvantage.”

Mercedes team boss Toto Wolff admitted the flexible rear wing issue is one that was raised with the FIA last year.

“We have been left in a limbo since a long time,” he explained.

“We have flagged the flexible rear wing situation last summer without having received any feedback and understand some of the teams’ frustration that when making the concept of this year’s car that that was an area that should have been tackled much earlier.

“We will need to modify our wings, we need to soften it,” he added.

“Our wing is extremely rigid, complying to the famous article 3.8 that it must remain immobile.

“The new test that has been introduced is [a] half baked solution, which is giving us opportunity and the whole thing can soften and can bend more in the future.”