Leclerc bounces back to put Ferrari fastest in Monaco

Leclerc bounces back to put Ferrari fastest in Monaco 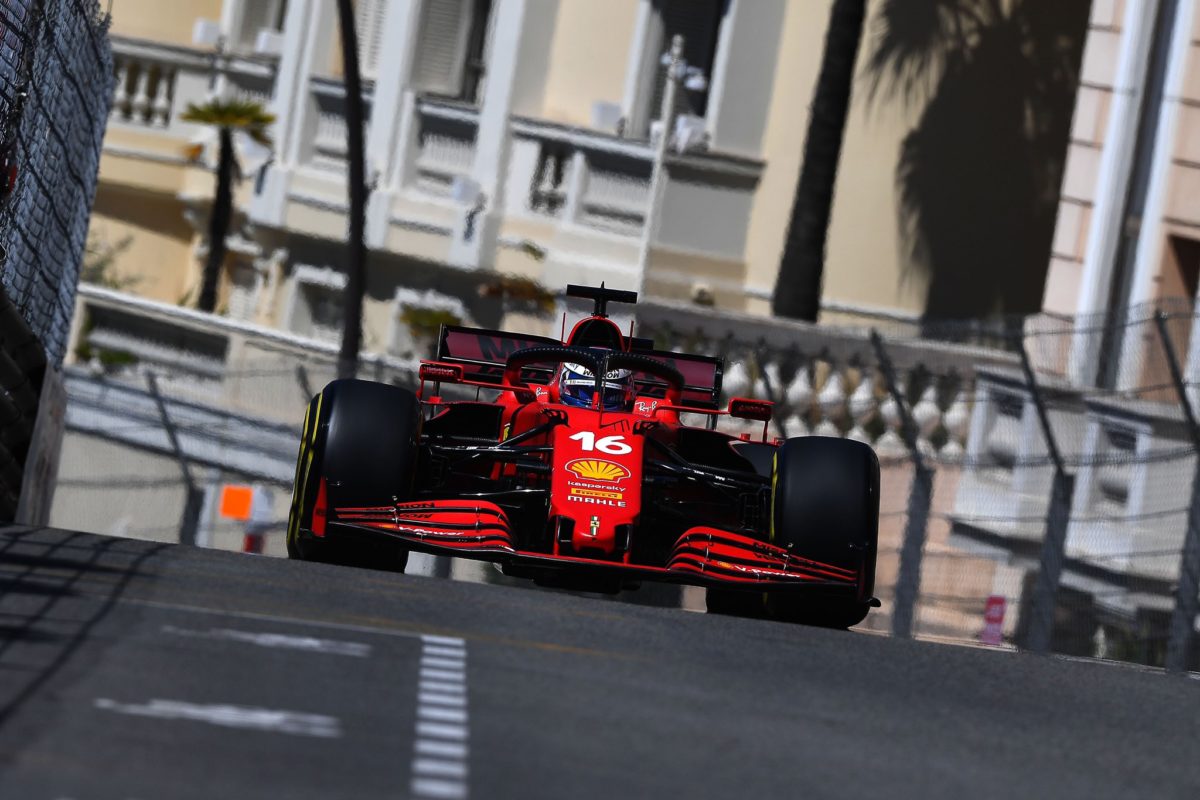 The Ferrari duo were the only two to dip into the 1:11s bracket to end the opening day’s running in the Principality at the top of the timesheets.

They headed Lewis Hamilton and Max Verstappen in a session that was called five minutes early after Mick Schumacher found the wall at Massenet.

Leclerc was fastest with a 1:11.684s, his time coming later in the session after many had switched focus to race runs.

The local lad headed team-mate Sainz by 0.1s, and was 0.390s faster than Hamilton, who was in turn just 0.007s faster than Verstappen in fourth.

Schumacher was not the only driver to come a cropper.

The German lost the back end of his Haas turning into Massenet in the closing stages, clouting the wall with his right-rear tyre.

He then limped around to the escape road at the Nouvelle Chicane where he stopped, triggering the red flag and ultimately ending the session.

Yuki Tsunoda also struck trouble, finding the wall with just 11 laps under his belt to end the session slowest of all.

A slide exiting the Swimming Pool saw the AlphaTauri driver brush the wall with the right-rear wheel, limping the car back to the garage where his session ended.

Leclerc’s session-topping performance came after he was forced to sit out much of the opening practice session with gearbox issues.

His fastest lap proved 0.8s quicker than the morning session, which was topped by Sergio Perez.

Traffic proved a major influence around the short, narrow circuit, with free track at a premium.

A final 60-minute practice session remains on Saturday ahead of qualifying which gets underway at 23:00 AEST.