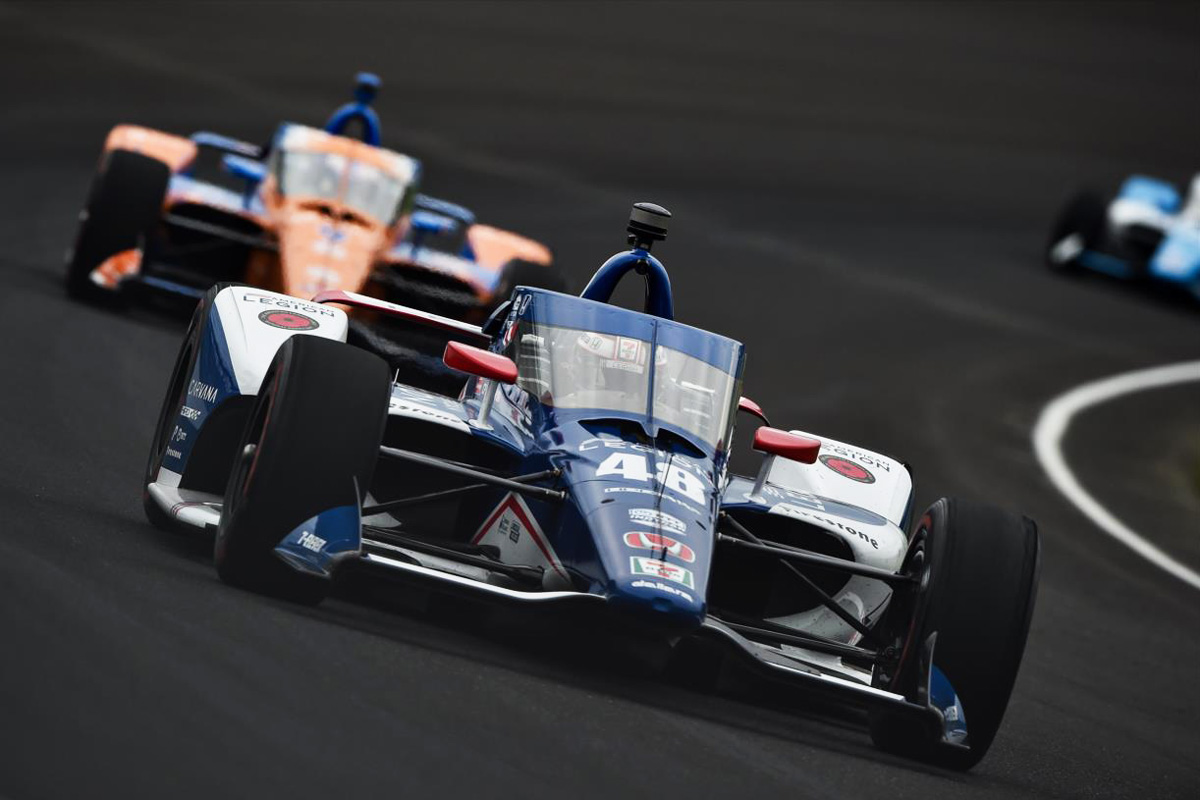 Tony Kanaan has set the pace in an eventful Practice 4 session at the Indianapolis 500.

It did not take long for action to kick off, as Colton Herta wedged between Scott McLaughlin and the outside wall after the Team Penske rookie had slowed due to the Rahal Letterman Lanigan Racing cars running three-wide ahead.

Herta wasted no time in slamming the RLLR team, which has subsequently been penalised.

Its three cars, driven by Graham Rahal, Takuma Sato and Santino Ferrucci, will be forced to miss the first 30 minutes of Practice 5 tomorrow.

As it is, Ferrucci is under a cloud of doubt after crashing heavily; following on-site medical checks, he was sent to Methodist Hospital for further evaluation.

REPLAY: @SantinoFerrucci has been checked and will be sent to Methodist Hospital for further evaluation following this incident at @IMS.#INDYCAR // #INDY500 pic.twitter.com/CpQa1zf0Vf

The controversial 22-year-old still finished third fastest, behind only Kanaan and the consistent Conor Daly.

Josef Newgarden and Dixon were fourth and fifth, while Herta recovered from his early drama to be 10th fastest.

McLaughlin completed just 60 laps on his way to 13th, with Will Power 15th and Simona De Silvestro 31st.

Alex Palou chalked up the most mileage with 125 laps.