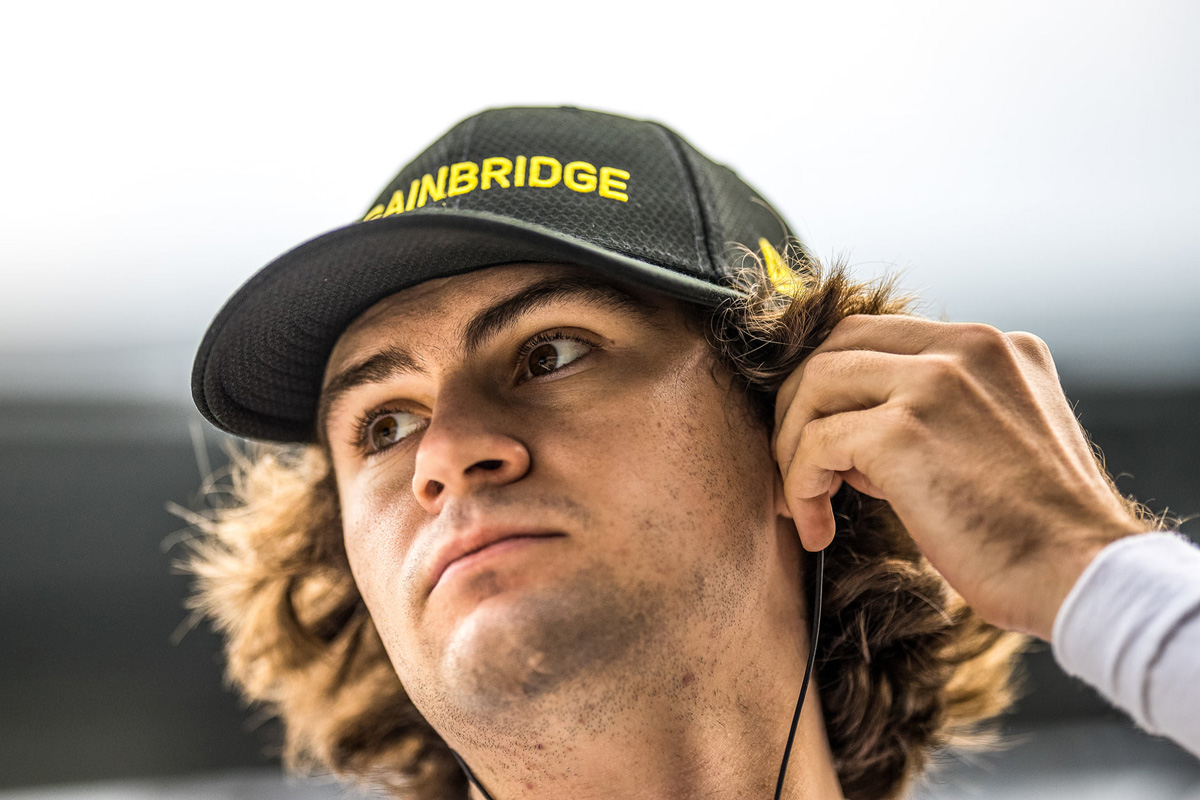 The session had not long started when Herta made slight contact with Scott McLaughlin as he tried to squeeze between the slow-moving Team Penske entry and the outside wall.

It soon became clear that McLaughlin and Simona De Silvestro had slowed due to the trio of Rahal cars running side-by-side ahead – drawing the ire of Herta.

“It turns out going three-wide for a photo op during IndyCar practice isn’t an ideal situation,” Herta told IndyCar Radio.

“They’re going 100 mph on the front straight while guys are running 220.

“Whoever is in charge of that at Rahal is a complete idiot and just risking everybody’s life out there for the stupidest thing I’ve ever seen.

“Luckily, we got away with it easy. The car should be okay.

“I just pancaked the wall lightly and luckily wasn’t able to take out Scott. We’ll make sure the car is okay.

“I’m not mad at Scott and Simona. It’s those Rahal guys that completely ruined everything. It’s crazy.”

“I think the Rahal dudes were trying to get a nice little photo there,” McLaughlin said on NBC Sports.

“Colton came really quick, was coming fast, and I just checked up in front of him. It’s hard to check up around here. Just had no idea.

“I really don’t know what exactly happened. It was the first lap of the morning, and I was just trying to get around and do some pit stop practice.

“At least the car is very fast… just a little bit of miscommunication between everyone.”