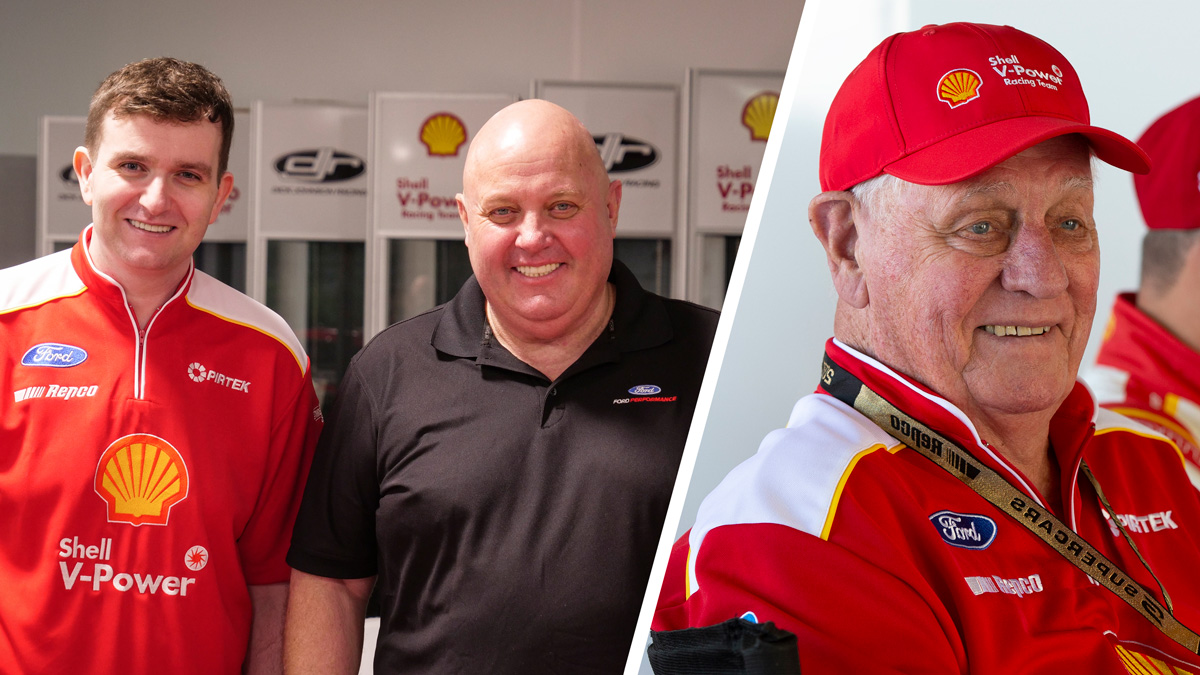 Johnson is the Ford team’s founder, Story its CEO and chairman, and Herrod an advisory board member.

The Australian motorsport community has been rocked by two high-profile diagnoses of prostate cancer this year, specifically 1995 ATCC champion John Bowe and voice of the category Neil Crompton.

“One in six men will be diagnosed with prostate cancer by the age of 85, and it doesn’t discriminate,” said Story.

“We’ve seen a number of key personalities in the motorsport community diagnosed in the past and recent months.

“Thanks to the fantastic work of organisations like The Prostate Cancer Foundation of Australia, the survival rate has increased from 60 percent to 95 percent in the past 35 years.

“A simple blood test to check PSA levels can lead to early detection, and that saves lives.

“The Shell V-Power Racing Team has been supporting The Prostate Cancer Foundation for some time by donating the proceeds from the sales of our signed Sierra memorabilia prints, and there’s more to come.

“Our mission is to ensure they can continue the fight against the second deadliest cancer in men in Australia.”

The cause hits particularly close to home for Johnson and Herrod, both of whom have overcome battles with prostate cancer.

“Unfortunately, when prostate cancer first develops, there are often no symptoms; they tend to develop in the later stages,” said Johnson.

“It’s why regularly seeing your doctor when you’re over 50, or over 40 if there have been cases in your family, is so important.

“Rob and I were lucky we were diagnosed early, but it’s so important for men to discuss their individual risks and detection options with their doctor.

“When it comes to the Sit-Up 45 challenge, I think I’ll enlist the help of our super-fit crew to do my share.”

PCFA CEO Jeff Dunn added: “The Shell V-Power Racing Team is one of Australia’s oldest and most successful sporting teams, backed by tens of thousands of men who face a one in six risk of prostate cancer in their lifetime.

“We are tremendously proud to have Dick Johnson, Ryan Story, and Rob Herrod supporting our new Sit-Up 45 Challenge.

“45 Australian men will be diagnosed with prostate cancer every day – including men like Rob Herrod and Dick Johnson – we’d welcome all Supercar fans to join the Shell V-Power Racing Team in the Sit-Up 45 Challenge to help us save their lives.”