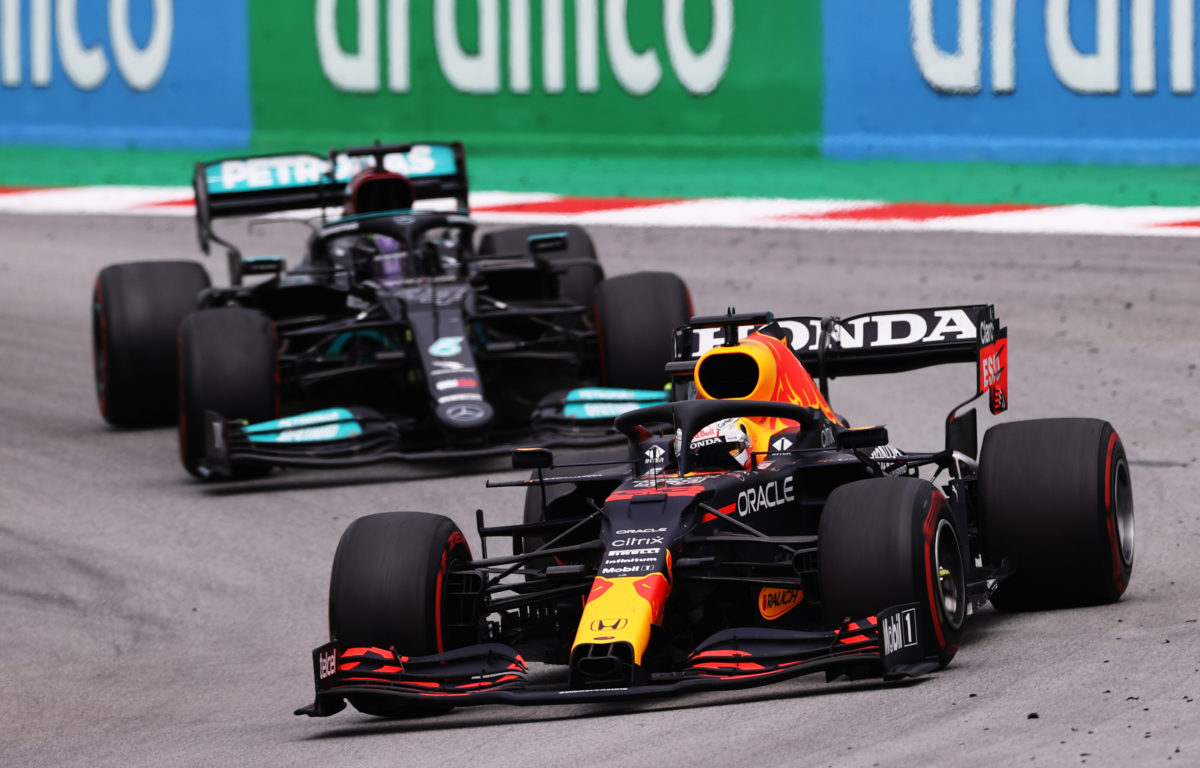 Max Verstappen has hit back at Lewis Hamilton after the seven-time world championship suggested he’d ‘done well’ to avoid contact this season.

The pair are the leading two protagonists for this year’s Formula 1 world championship.

Split by 14 points after four races, the pair have found themselves locked in battle at some point during every race this season.

Speaking ahead of this weekend’s Formula 1 Monaco Grand Prix, Hamilton said “I think I’ve done well, to avoid all the incidents so far”.

He went on to suggest that Verstappen has something to prove, a point on which the Dutchman did not agree.

“I have nothing to prove and avoiding contact, I think it goes both ways,” he asserted.

“So we have done well, that’s true, but yeah, we race hard, we avoided the contact both sides.

“Let’s hope we can keep doing that and keep being on track and race hard against each other.”

Verstappen and Hamilton have previously made contact, specifically at the 2019 Monaco Grand Prix while battling for the lead.

The Mercedes driver that weekend emerged victorious, while his Red Bull rival claimed his first podium in the Principality.

That subsequently became fourth after he was handed a five-second post-race penalty for an unsafe release.

“So far in Monaco, you know, a few mistakes from my side, a bit unlucky in races,” Verstappen said of his track record around the street circuit.

“It’s not been the best for me so far, but would be of course, a nice weekend now to turn that around.

“It just all depends on the competitiveness of the car from the start,” he added.

“For a few years we were a bit off, and then some other years I think we had a better start to the year.”

Track action in Monaco begins this evening with Free Practice 1 at 19:30 AEST.