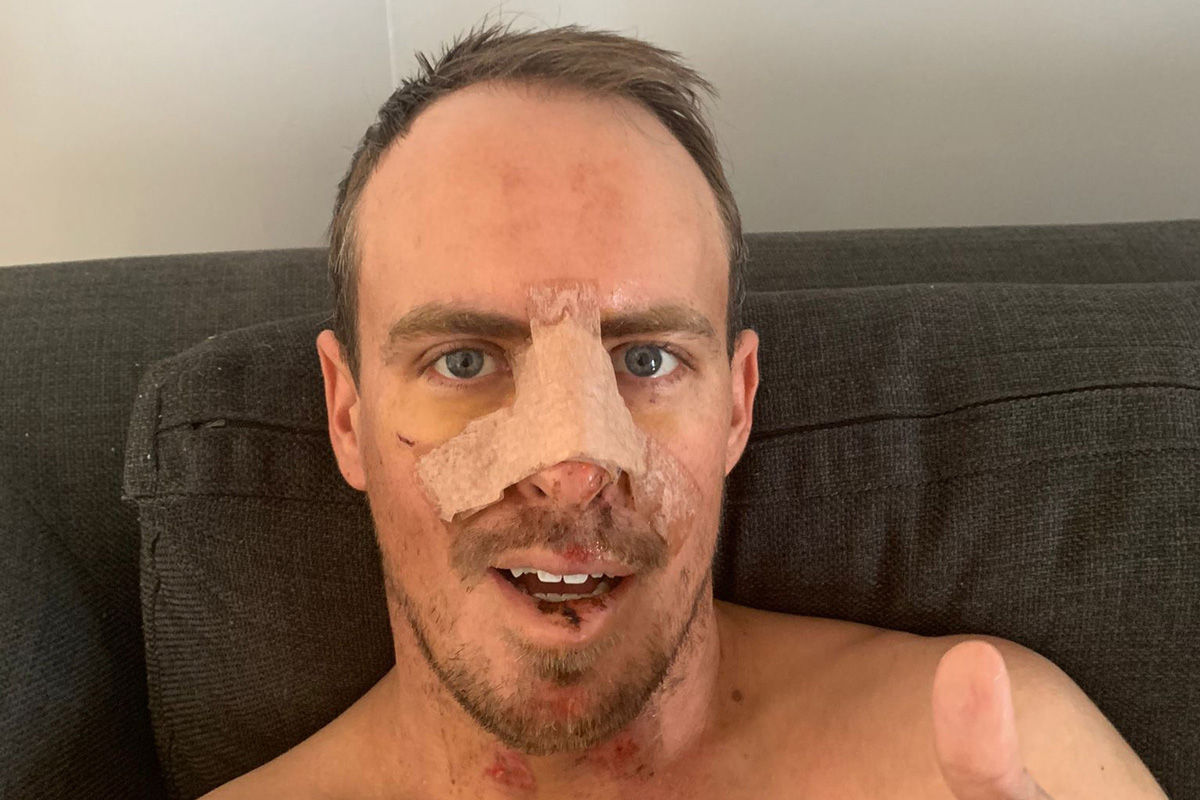 National Trans Am Series driver Tim Brook is recovering from facial injuries following a mountain biking accident on the weekend.

The 2018 Toyota 86 title winner fractured his nose and suffered grazes to his face, neck and upper body when he came off his bike in bushland at Kentlyn in New South Wales.

Brook underwent plastic surgery on Monday, including to stitch his bottom lip, but is adamant he’ll be fit and firing for the next round of the series at Morgan Park Raceway on June 25-27.

“I just ran out of talent!” the 34-year-old said of the incident.

“I’ve been loving getting out on the mountain bike. I didn’t get into it for the trials for the jumps or anything like that, it was just for keeping fit, losing weight and staying healthy.

“I think that the crash was a by-product of getting fitter and getting more confident.

“At that place, there’s a lot of technical riding, rock drops, and that’s what ultimately took care of me.

“I was following mates, including my brother in law. They are really good at it, and I’m probably still not at the skill level to attack like they do,” he added.

“I’d been hanging onto them on trials that are a little easier, and I was close to them as we were approaching this drop and I was thinking ‘whatever they can do, I can do’ but I got caught in their wheel tracks and realised it was about to go wrong too late.

“The good news is that my bike is as good as new!

“I was actually meant to be in the bridal party of a wedding this week down in Victoria, so I’ve had to pull the pin on that, which was a real shame.” 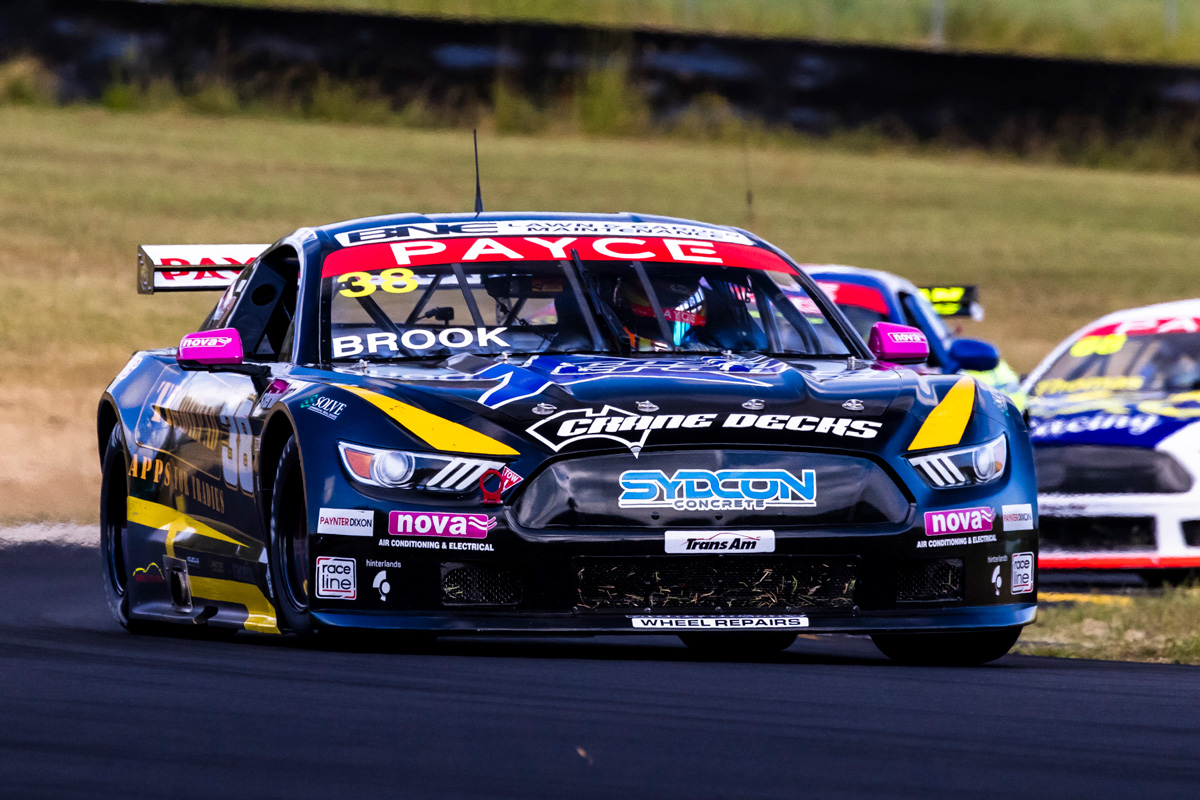 As for the Morgan Park round, Brook said: “I’ll 100 percent be back in the Trans Am for Morgan Park. I wouldn’t miss it.

“The stitches that I have in my lip are dissolvable, and the doctors will remove the splint from my nose. I’m just taking the recovery as it comes.

“My poor wife has been a real trooper. I was in hospital as my daughter was having her fourth birthday party on Sunday.

“I’ve raced at Morgan Park before, and I have really good memories from there. I raced in the Formula Vee Nationals and ended up on the podium.

“I haven’t been there since or prior, but it should be good track for Trans Am. I can’t wait.”

Brook is fourth in the National Trans Am Series standings, 138 points behind leader Aaron Seton.