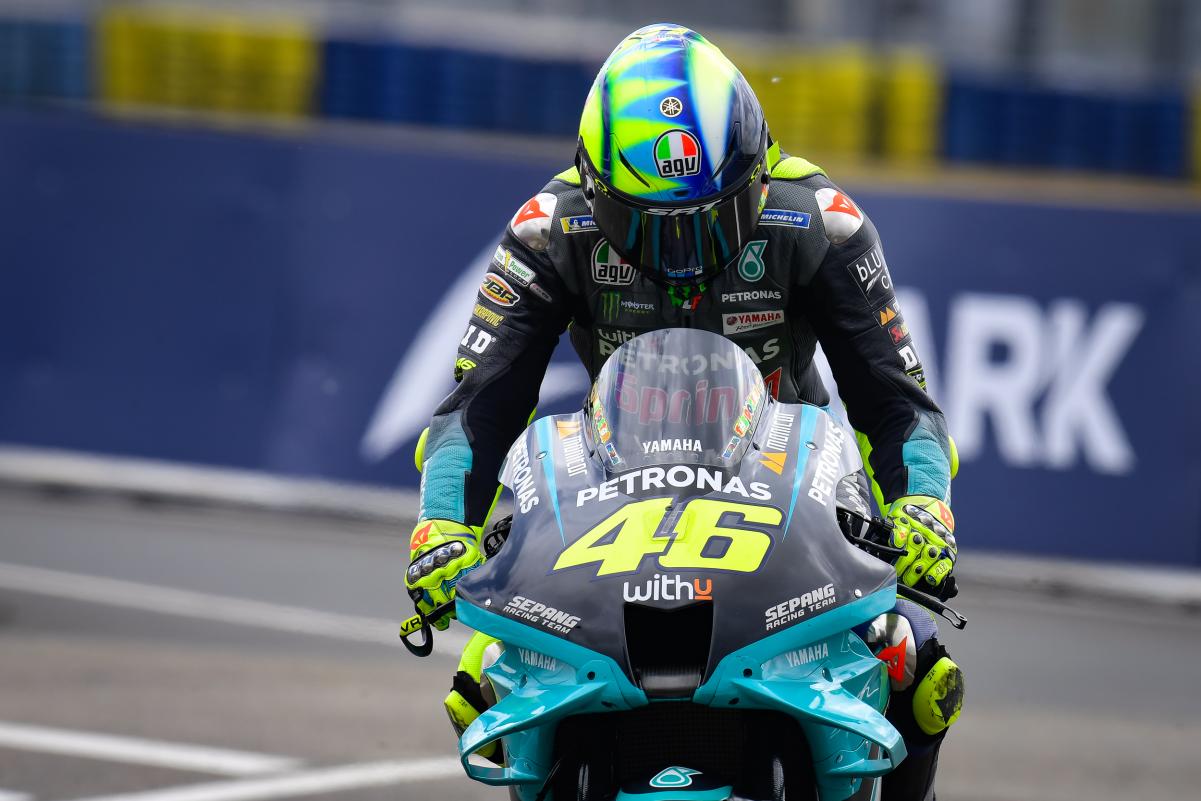 Valentino Rossi remains hopeful of continuing to race in MotoGP next year.

The 42-year-old’s future is the subject of intense speculation, especially in light of his poor run of form and confirmation that his VR46 junior team will move up to the premier class next year.

Rossi is far from being the top five rider that he said, pre-season, he would need to be to entice him to go around again, but has also revealed that the sheer joy of racing would make it difficult to retire.

Speaking on Indonesian television about the Mandalika circuit which could join the MotoGP calendar next year, the seven-time premier class champion suggested that he is still pushing for another contract.

“I’m happy if I can race also in 2022 and come to Indonesia, but we need to wait for the results and if I can be competitive, so at this moment I cannot promise anything but I will try to be there in 2022,” he told Trans7.

Rossi has previously forecast that he will make a decision on his future during the summer break, although there had been speculation that it might come around the time of his home grand prix at Italy’s Mugello, which will be held at the end of this month.

In that same Trans7 interview, however, the SRT rider reiterated his original timeline.

“Speaking with Petronas [SRT] and Yamaha it’s more half-season, because after nine races we have the summer break and I think I will decide for next year in that period, after nine races,” advised Rossi.

While no longer at Yamaha’s factory team, ‘The Doctor’ remains directly contracted to the manufacturer.

However, it has been said by SRT that there are performance clauses in his agreement which must be met in order to be offered a renewal.

Rossi finished 11th last time out, at Le Mans, but even then, that is his best result in the five rounds to date in 2021.

He had been buoyed by the Jerez test which was held in the fortnight prior, and felt that he was on course for an even higher finish in France if not for the changeable weather.

“The mixed conditions for us were a big shame because I was strong in the wet,” said Rossi at Le Mans.

“[Sunday] morning I was good in warm up. I was fast in the full wet. Also, my pace was not so bad in the dry.

“We could do a good race, but the mixed conditions when it is half-and-half is where we suffer quite a lot.

“We could do a bit better if we started with the medium rain tyre instead of the soft, but we expect the rain a lot later.

“The result is nothing special, but it remains a better weekend, we confirmed the improvement in the test in Jerez.

Organisers of the would-be round at the Mandalika International Street Circuit are currently aiming for a March 2022 MotoGP debut, after hosting the Superbike World Championship for the first time this coming November (subject to homologation).

Its developers say it would be one of the fastest tracks on the grand prix calendar, a claim which Rossi gave some validation to.

“[Mandalika] looks like a fast track with some fast corners, which is usually fun, but to understand well we need to try with the bike,” he observed.

“It will be very demanding because Indonesia is very hot. I raced in Indonesia in ’96 and ’97 [when Sentul hosted grands prix] and I remember it is maybe hotter than Malaysia!

“But the sea is very close, so if it’s too hot we’ll go into the sea!”

Meanwhile, Rossi himself has said that VR46’s MotoGP team will race either Yamahas or Ducatis, with each a 50 percent chance.