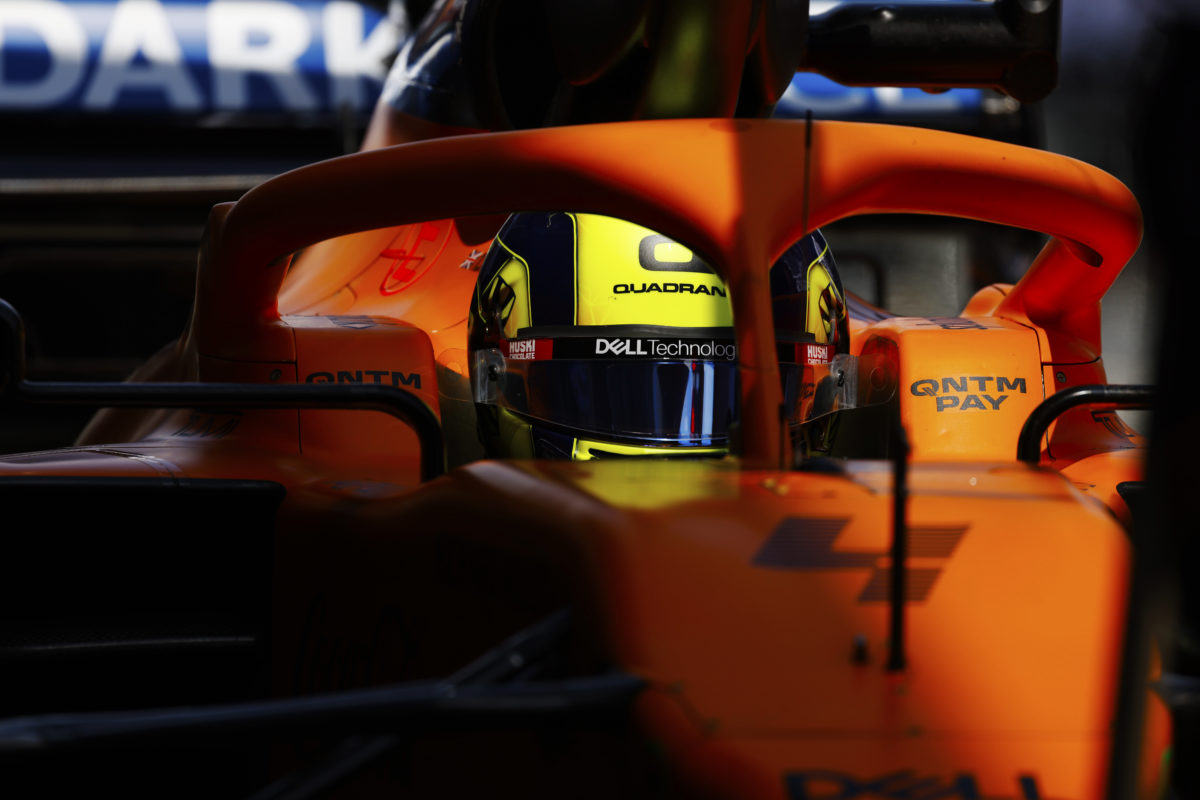 In his third season of Formula 1, Norris has proved one of the standout performers so far in 2021.

He’s already scored a podium result and has outperformed Ricciardo in three of the opening four races.

“I was going to joke and be like, it was a massive surprise, but no, it was expected,” Ricciardo, who is in the first of a three-year deal, said.

“I think it’s good, it’s good for us as a team. We’re both set in now for the future, and it’s good.

“Lando started the season really strong and obviously got the podium in Imola,” he added.

“Obviously the team is really happy with him and what he’s doing so they wanted to get that done nice and early and move on now.

“Obviously with us locked in for the future it’s just all eyes forward and guess they won’t get thrown any questions mid-season or anything, so stay focused.”

McLaren has undergone significant change in recent seasons, with personnel and large-scale investment in infrastructure that is yet to come online.

That will take time to bear fruit, though Norris has said that he’s willing to be patient and grow with the team for now.

“I’m very happy with where I am,” the Englishman said.

“I have a lot of confidence in the team, from the progress we’ve made over the last couple of years, and especially coming into next season.

“I think it’s an advantage as a team, for any team that continues with drivers, continues with the continuity of all their drivers all together with their team members, and so on.

“We’re not going to be winning races this season, there’s a much better chance for us to take that next step and keep moving forward next year and the year after that.”

A seven-time grand prix winner, Ricciardo is regarded as one of the foremost drivers among the sport’s current ranks.

Having driven alongside Sebastian Vettel and Max Verstappen, he suggests that his current team-mate has lifted his game in 2021.

“I wasn’t his team-mate last year so it’s only speculation, but I think he [has] stepped [up] a bit this year,” the Australian said.

“He seems to be obviously driving very well and he’s comfortable.

“I think he’s at that point now, you know; his third year in F1, third year with the team, and that’s where I think you really start to hit your marks, so to speak.”

Norris sits fourth in the drivers’ championship standings heading into this weekend’s Formula 1 Monaco Grand Prix with 41 points to his name.

Together with Ricciardo’s 24, McLaren has a total of 65 to sit third in the constructors’ championship, five clear of Ferrari in fourth.