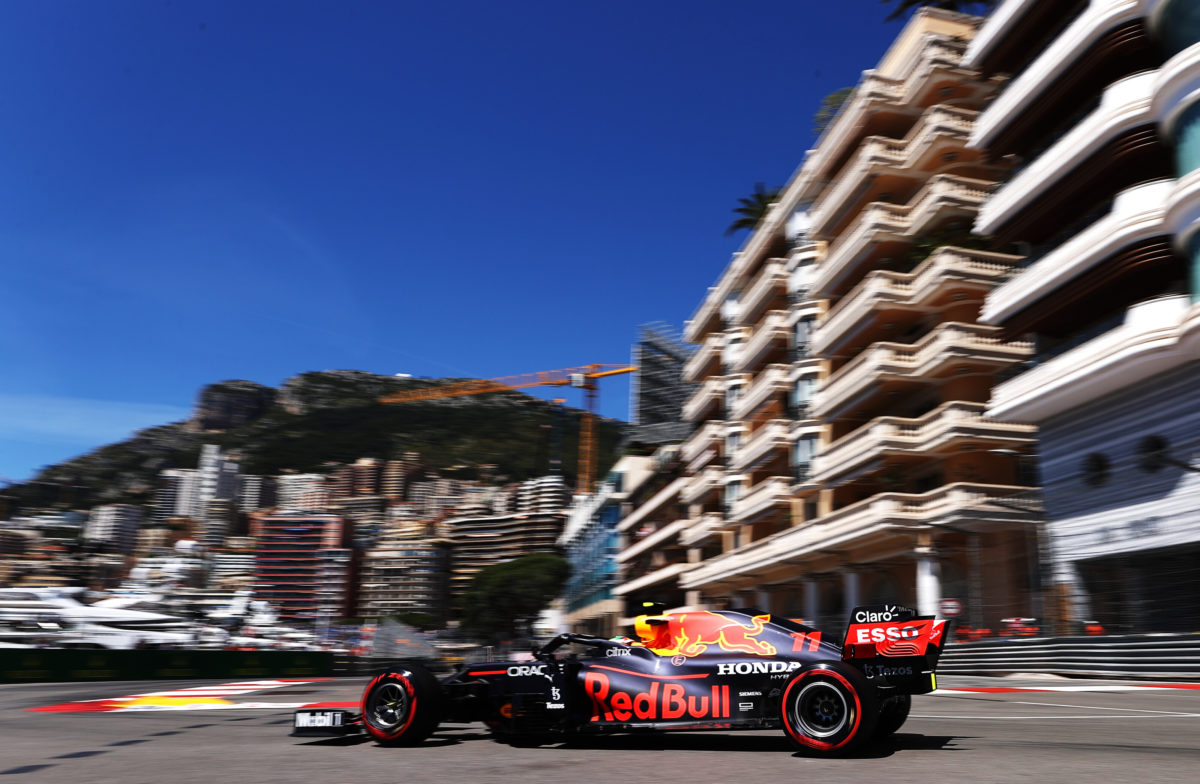 It was a confidence-building performance from the Mexican who headed Carlos Sainz (Ferrari) and Max Verstappen (Red Bull).

Perez used a set of soft compound tyres, as did fourth-best Pierre Gasly (AlphaTauri), with most others opting for the medium rubber.

It was a short session for Charles Leclerc, the Ferrari driver logging just four laps before suffering a terminal gearbox issue.

Across the garage, Sainz proved competitive throughout, spending much of the session towards the top of the timesheets.

That was helped by finding free air on a track busy with traffic, allowing the Spaniard to build up his confidence in the car early.

Fernando Alonso had an interrupted session, knocking the front wing off his Alpine as he rounded the final corner.

Another mistake later in the session saw him run long at Ste Devote as the two-time Monaco Grand Prix winner ended the session 13th fastest.

It was a busy session with every driver, aside from the aforementioned Leclerc, logging nearly 30 laps in the 60-minute session.

Antonio Giovinazzi set the fewest with just 27, while Nicholas Latifi logged 40 at Williams.

McLaren used the session like a test, with Daniel Ricciardo completing 36 laps to end proceedings 15th best, his 1:14.281s a full second down on team-mate Lando Norris in seventh.