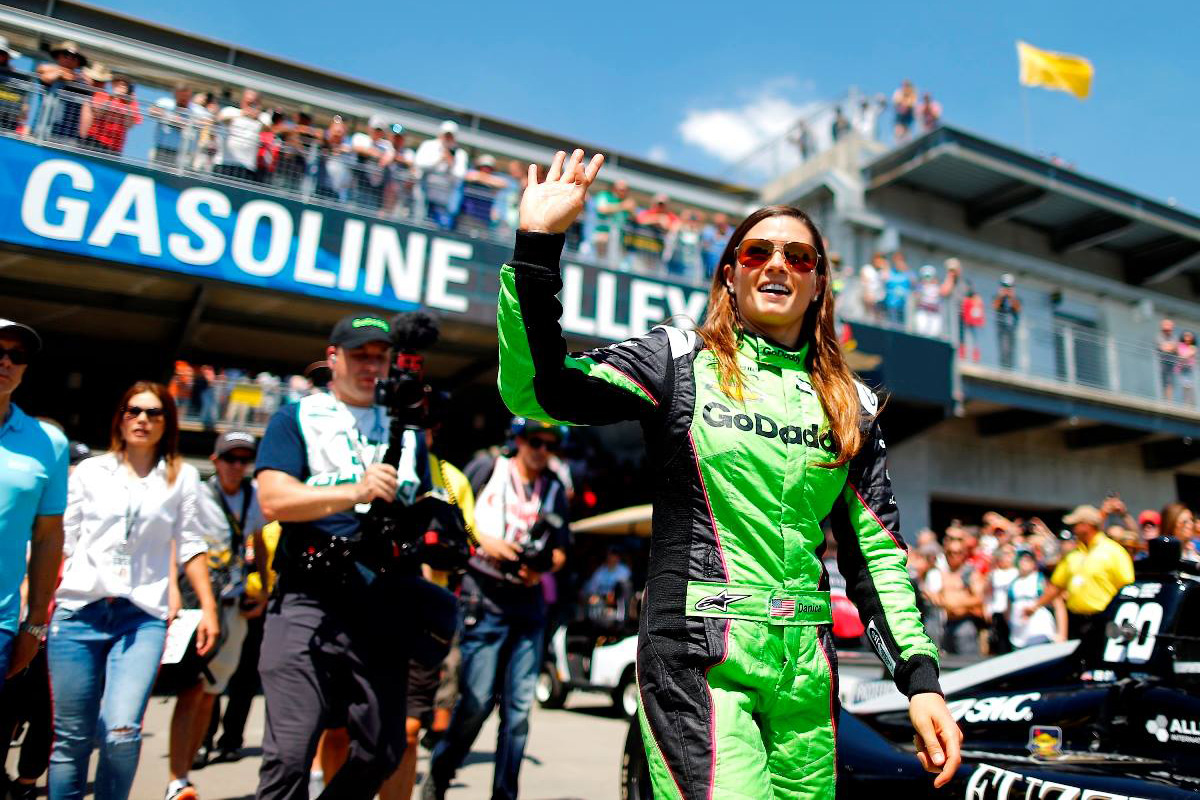 Indianapolis 500 podium finisher Danica Patrick has been announced as the pace car driver for this month’s 105th running of the event.

Patrick is a trailblazing figure, as one of the highest-profile female drivers to figure in top-level motorsport.

Now 39, the Wisconsin product won an IndyCar race in Japan in 2008 and finished on the 2009 Indy 500 podium; both of those results coming for Andretti Green Racing.

She later moved into NASCAR before retiring from full-time driving at the end of 2017 – although then making a final Indy 500 cameo the following year.

Patrick will be at the wheel of the 2021 mid-engine Chevrolet Corvette Stingray hardtop convertible pace car, leading the 33-car field at Indianapolis Motor Speedway.

“I am very honoured to drive the Corvette Stingray Pace Car this year at the Indy 500,” she said.

“It is even more special because of the past year we have all endured, and it will be so nice to see fans back in the stands.

“I’m also excited to again be a part of the NBC broadcast team for the race.

“I have always loved Chevy vehicles, and the Corvette convertible is such a beautiful car. Maybe they will let me drive it home!”

Joining Patrick as a studio analyst on the broadcast will be NASCAR legend Jimmie Johnson, who is contesting all road and street course events this IndyCar season.

Patrick holds a slew of Indy 500 records for a female driver, including best starting spot (fourth in 2005) and best result (third in 2009). She also was the first female driver to lead laps in the race.

“We’re happy to welcome back Danica to the place where she made motorsports history as the first female driver to lead ‘The Greatest Spectacle in Racing’,” said IMS president J. Douglas Boles.

“She will provide a unique perspective for NBC viewers while behind the wheel of the powerful Corvette Stingray convertible.”