Miller signals he has a new contract

Miller signals he has a new contract 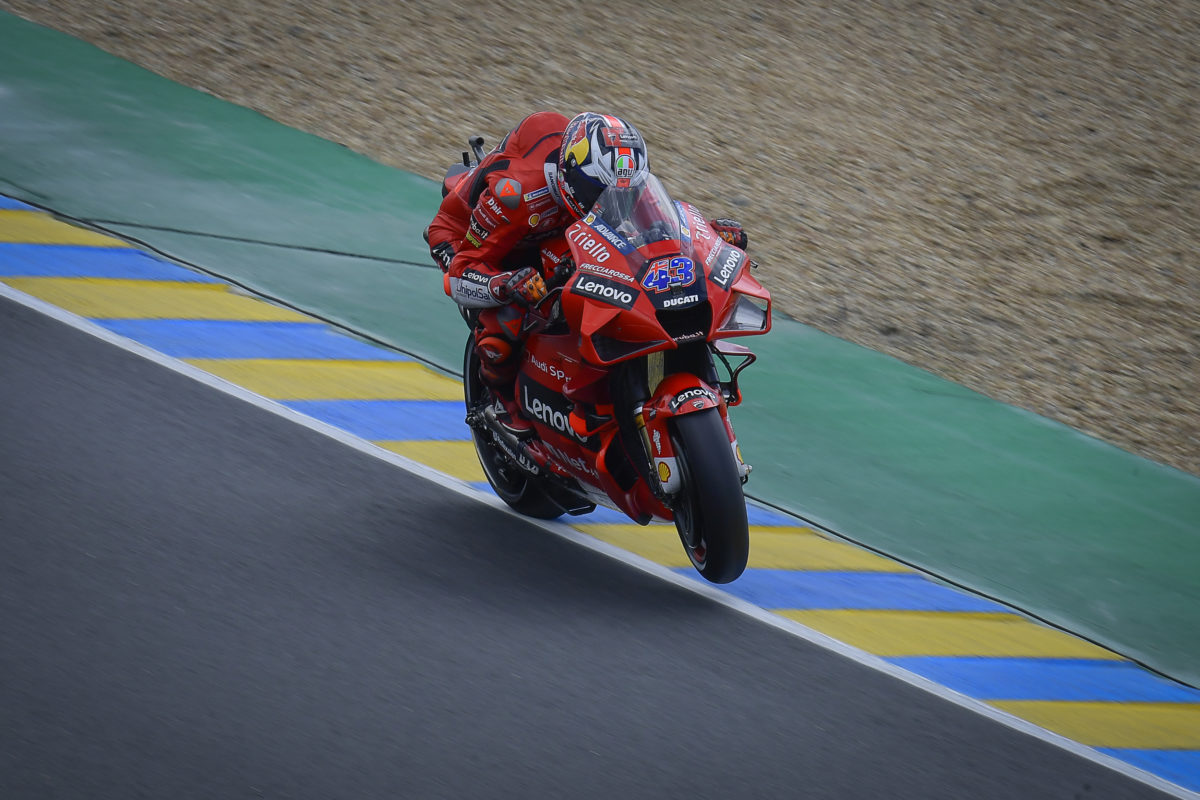 Jack Miller has given a firm signal that he does indeed have a new contract, following speculation Ducati will announce a renewal soon.

The Queenslander is set to be rewarded for his back-to-back MotoGP wins with another campaign at the factory team, to which he was promoted this year following three seasons at Pramac Racing.

A report from Ducati’s native Italy suggested the deal would be announced in the lead-up to its home grand prix, which takes place at Mugello on May 28-30.

Miller did little to dispel the speculation when queried on the matter on the Australian Grand Prix Corporation’s In The Fast Lane podcast.

Asked if he had a ‘scoop’, the 26-year-old responded with a question of his own: “When’s this coming out?”

Told the podcast would be released on the day after taping, he quipped, “I’ve got nothing for ya.”

Another hint came when Miller spoke enthusiastically about his situation following his first two wins for the Ducati Lenovo Team.

‘Jackass’, who is on a one-year contract with an option for another season held by the factory, said he will continue to work with “good people”.

“[It is] the best stage of my career I’ve ever been in; it feels absolutely fantastic.

“I’m enjoying what I’m doing. I was enjoying it at the beginning of the year anyway; I just wasn’t enjoying not doing well, not doing what I knew I could do.

“Now that the results have come and everything has fallen into place, you don’t want this sort of form to end, so I’m just trying to keep it going for as long as I can.

Miller has already had a rollercoaster 2021, named a title favourite before a wheel was turned and going on to top pre-season testing, only to slip into a serious slump in the two Losail races and at Portimao.

While a new contract seems a fait accompli, it was only weeks ago that he feared for his future in MotoGP.

“It wasn’t an easy couple of weeks, I can tell you that for free,” admitted Miller.

“Also, being on a one-year contract with an option… having that in the back of your mind and having other guys on the same machines going good, you start scratching your head going, ‘Have I got a job next year?’ sort of thing, even though it is early on in the season.

“But, you know how people’s minds in this game change; it’s so quick.”

Miller is now fourth in the championship, 16 points behind leader Fabio Quartararo.