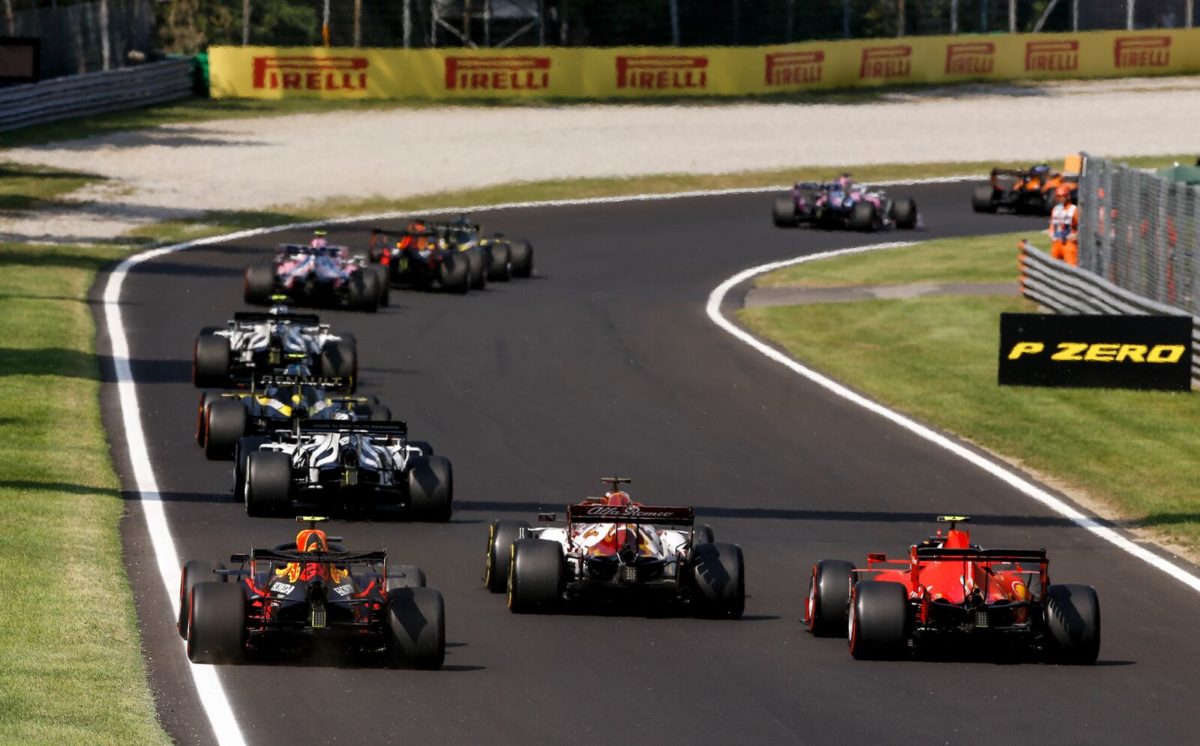 Sprint Qualifying will be trialled at the Italian Grand Prix

Charles Leclerc has let slip the three weekends at which Sprint Qualifying will be used during the 2021 Formula 1 season.

According to the Ferrari driver, the British, Italian, and Sao Paulo Grands Prix will each host the all-new qualifying format.

That is in-keeping with paddock scuttle bug, which has long tipped those locations to trial the 100km Saturday hit-out.

“We just need to be objective enough once we’ve tried this Sprint Qualifying format,” Leclerc said.

“I don’t think Monaco is the place to try that format, to see how good it is.

“I don’t think it will devalue the race of Monaco, and I think it’s been the right choice to try it on the three other races mentioned, which are Silverstone, Monza, and Brazil, I think.”

Leclerc’s comments came amid discussion surrounding the value of the Monaco Grand Prix, which would theoretically be worth fewer points than some others going forward.

That’s because of the three points on offer in Sprint Qualifying which, together with the point for fastest lap, makes for a maximum of 29 points for those events.

Running to a more traditional race weekend, Monaco is worth a maximum of 26 points.

“I don’t think the value of the Monaco Grand Prix should or will be devalued by making a sprint race in Silverstone, Monza, wherever it’s happening,” argued Leclerc’s Ferrari team-mate, Carlos Sainz.

“We need to make sure that we keep evolving as a sport, keep trying different things to make the sport more attractive to the younger generation and to the fans.

“Then, if we make a mistake, and the format doesn’t work, we can always come back to the original format.

“I don’t think the other races are going to be devaluing Monaco, because of having 28 points to win or 29 in case of fastest lap, versus the 25 of Monaco.”

Teams will have just one hour of practice prior to a traditional, knockout style qualifying session which will set the grid for Sprint Qualifying on Friday afternoon.

A second Free Practice session will follow on Saturday morning before the 100km ‘race’, which determines the grid for Sunday’s grand prix.

Points will be awarded for the top three finishers, and any grid penalties applied following the encounter before the grand prix itself then proceeds as normal on Sunday afternoon.

The British Grand Prix, the first of those to sport feature Sprint Qualifying, runs across July 16-18.