VR46 fifty-fifty on Ducati or Yamaha

VR46 fifty-fifty on Ducati or Yamaha 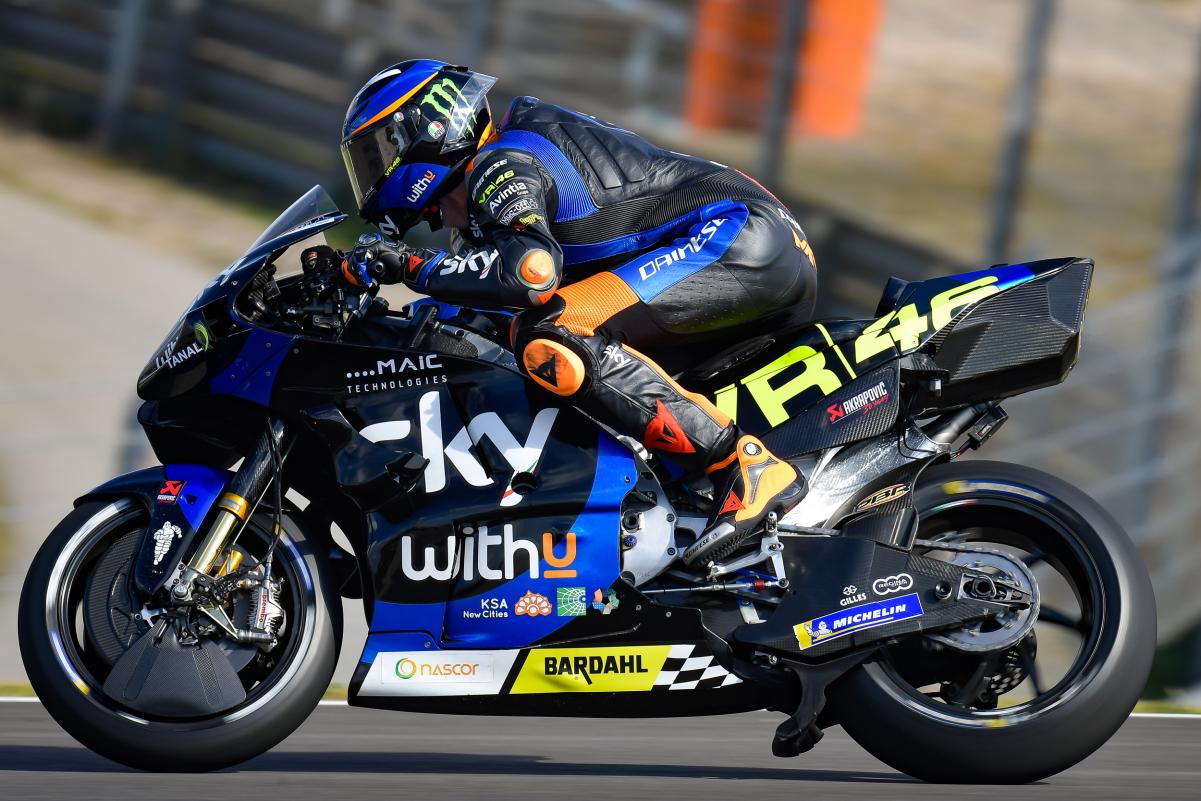 Valentino Rossi’s new MotoGP team is set to either race Ducatis or Yamahas, with a 50 percent chance for each.

VR46 will enter the premier class in its own right in 2022, when the new participation cycle commences, having backed Luca Marini in his rookie season this year with Ducati satellite team Avintia Racing.

While a render released in conjunction with the VR46 announcement appeared to show the team’s branding on a Yamaha YZR-M1, it was said at that time that no agreement had been reached with a manufacturer.

Rossi, who remains contracted directly to Yamaha despite moving from the factory team to SRT, has now narrowed the possibilities down to either the Iwata marque or the Bologna marque.

“I would say that we are at a good point, everything is confirmed, including the support of the sponsor,” he said, in apparent reference to doubts about stated major backer Aramco.

“We are talking to Yamaha and Ducati; both choices have pros and cons.

“I would say that there is a 50 percent chance for each, but the decision is not up to us alone.

“I think the situation will be resolved in the next few weeks; it won’t take long.

“In my opinion, we will know everything after Mugello.”

While all six manufacturers have recommitted to MotoGP for five more years, there remains much to be decided in terms of satellite team alliances.

SRT is in talks about renewing with Yamaha although that is not a certainty, while Ducati has entertained the idea of supplying as many as eight entries, including its own two factory team bikes.

Avintia is set to leave MotoGP at the end of 2021, meaning an octet of Ducatis would include VR46 and Gresini Racing.

The latter is current Aprilia’s factory team but the Noale marque is bringing that programme in-house while Gresini announced in December 2020 that it will be reverting to Independent status next year.

VR46 had been hopeful of confirming its manufacturer by the time of the Italian Grand Prix, which takes place on the last weekend of this month, but that timeline has shifted.

As for Rossi’s work on the project, the seven-time premier class world champion says he is not completely hands-on.

“I would say averagely; I’m not the one to decide by myself,” he explained of his involvement.

“I have already said that I don’t want to work too much,” added the 42-year-old, laughing.

“I like being a rider but really working has never been a great passion of mine.”

Who does ride for VR46 has also not been decided, although ‘The Doctor’ stated following the announcement of its move into MotoGP that he is unlikely to race for his own team.