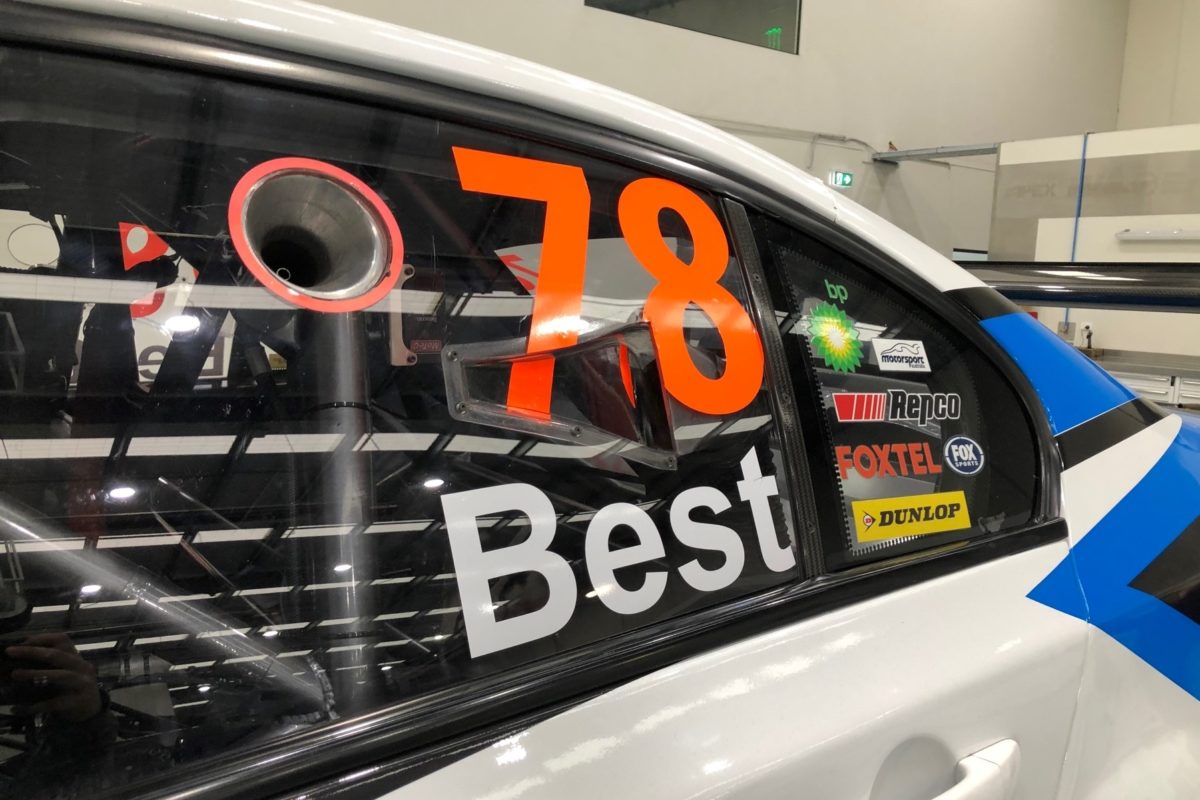 Dunlop Super2 Series front-runners Zak Best and Broc Feeney cited the chance to get reacquainted with their Supercars after a long break as a key benefit of their pre-Winton tests.

Tickford Racing’s Best yesterday cut laps at Winton itself, along with other southern-based teams, while Feeney drove his Triple Eight Race Engineering car at Queensland Raceway.

Round 2 of Super2 commences on Friday week (May 28), 89 days after the conclusion of the season-opener at Mount Panorama.

For Best, who inherited the series lead after Jordan Boys was disqualified from Race 2 in Bathurst, the outing was a valuable opportunity to get his eye back in.

“It was a productive day, just did a lot of laps,” the Benalla local told Speedcafe.com after testing at his home track.

“I just needed laps after that big gap in between Bathurst to try and iron out all the bugs and get the rust off.

“Yeah, it wasn’t a terrible day. There were plenty of cars on track given we were testing with the Supercars [Championship], so track management was a thing all day.

“It’s good always to just check your mirrors and I guess it was good for practice for maybe quali, given there’s going to be a few cars and like Super3 cars out there as well with us.”

While Best went into his test completely cold, Feeney has raced in Fanatec GT World Challenge Australia Powered by AWS, the Hi-Tec Oils Bathurst 6 Hour, and an Excel event since the Super2 season began at Mount Panorama.

Nevertheless, it was important for the Queenslander to cut laps in a Supercar again.

“First things first was just me getting back into a V8 again,” Feeney told Speedcafe.com.

“It was [a case of] getting me back up to speed, but then [also] trying different things with the car that we probably haven’t tried so far.

“Because it’s been so long, it’s not like starting new again, but it’s getting back to grips with everything and getting back comfortable with the car.

Craig Lowndes completed five laps in Triple Eight’s other Super2 car, that of Angelo Mouzouris, while Best was able to bounce ideas off Tickford stablemate Thomas Randle, who is contesting three sprint events and the Repco Bathurst 1000 for the team this year.

“[Cameron] Waters helps me out a bit,” Best explained.

“Over the over the course of the year he has, just with driving things and anything I sort of need.

“Tom Randle’s been probably the biggest help, really. He’s obviously around a lot at the Tickford garage because he’s not actually driving [full-time] this year, so it’s handy to have his knowledge around.”

The 19-year-old qualified eighth and sixth respectively for the two races at Bathurst, and has identified that as an area for improvement.

“Obviously qualifying, I want to be on the front two rows because it’s where we lacked at Bathurst,” admitted Best.

“We won’t have to pass as many cars, hopefully; we can set ourselves up for the start of the weekend rather than trying to make it all up in the race.

“Ideally, I just want to be in the top three all weekend to try and keep those orange numbers [which denote the series leader] on.”

For Feeney, next week’s Winton round will be the first since the announcement of his high-profile, Supercheap Auto-backed Bathurst 1000 wildcard with Russell Ingall.

Despite the spotlight which has been thrust upon the 18-year-old, there is no change to his mindset in Super2.

“I’ve got a goal that I want to achieve this year, and that’s trying to battle to win the Super2 title,” he explained.

“So, the wildcard hasn’t exactly affected me in that state by any means. I don’t put pressure on myself but I’ve got expectations for myself.

“Bathurst is only one event of the year and, obviously, it’s going to be very busy for me, but I’ve just got to focus on Winton at the moment; one round at a time.”

Feeney is currently second in the Super2 Series, 18 points behind Best.