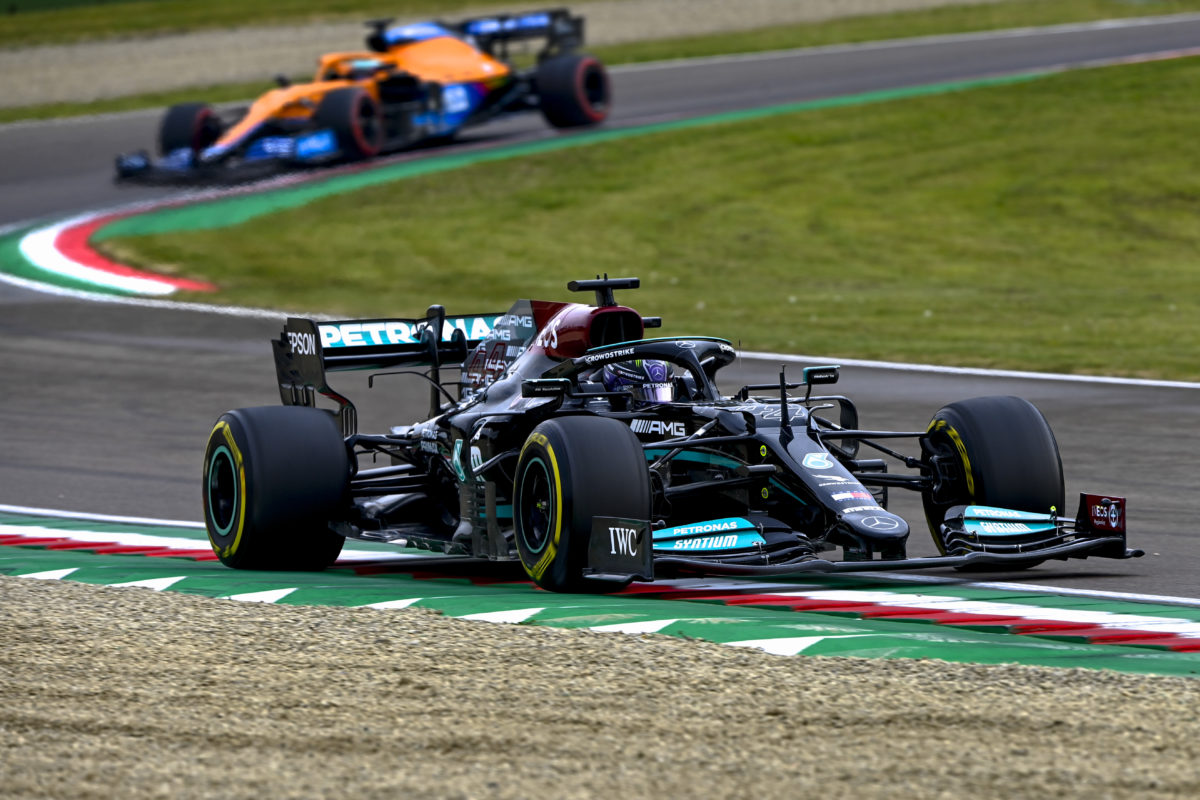 Former McLaren driver Lewis Hamilton has revealed his pleasure in seeing his old team return to the front of the Formula 1 grid.

Hamilton made his F1 debut with the Woking squad in 2007, and claimed the 2008 world championship with the team.

He then departed for Mercedes in 2013, shortly before McLaren suffered a downturn in performance.

“It’s really great to see McLaren up there, of course, who gave me my break,” the seven-time world champion said.

“To see them go through such a difficult period of time…

“I always look, when I’m in the garage I always trying to see where they are, because that’s obviously a family to me.

“So it’s great to see them coming back up and starting to show some real speed and yeah, the more the merrier.”

After a trying few seasons languishing well down the order, there have been positive signs in the last three years for McLaren.

Andreas Seidl has been appointed team principal, joining from the all-conquering Porsche sportscar programme, while significant investment is being made off-track.

That includes a new wind tunnel at the McLaren Technology Centre, and a host of other backroom signings to bolster its technical staff.

The addition of Daniel Ricciardo for 2021 has been viewed as a signal of intent.

It’s also considered proof of the team’s progress in recent seasons after McLaren failed to sign the Australian for 2019 as uncertainty surrounding the team and its future remained.

Those concerns have now been quashed, with the squad finishing third in last year’s constructors’ championship.

After four races in 2021, it again sits third in the teams’ standings, narrowly ahead of a resurgent Ferrari.