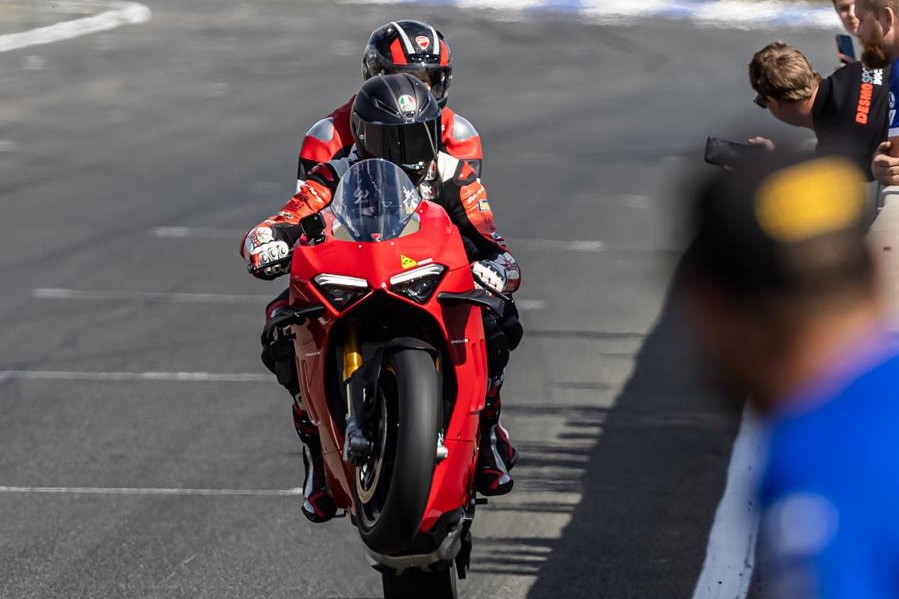 Troy Bayliss has sustained back injuries in a bicycle crash last week.

The three-time Superbike World Champion suffered a fractured C4 vertebra and corresponding spinal damage in the incident and will be laid up for several months.

Bayliss is nevertheless in a stable condition, according to the DesmoSport Ducati Team of which he is a co-owner, and returned to his Gold Coast residence on Monday to begin his recovery.

“I’m OK and I’m home, but the crash means I won’t be riding a motorcycle until I regain full movement in my arms and hands,” said the 52-year-old.

“I really just wanted to let everyone know what’s happened, that I’m OK and that I’ll be back in leathers as soon as I can.

“It’s been an intense weekend for me and my family, but luckily I’m OK and I will recover.

“My doctors have been really positive, but there’s no firm indication of how long it will be until I can regain enough control to get back on a bike – maybe a few months, maybe longer; it just depends on how the recovery goes once the bones heal up.”

DesmoSport Ducati’s announcement explains that Bayliss has “no exact recollection of the incident” but that “it appears that another bicycle was exiting between two parked cars and he has collided head first into it.

“Most of the impact was transferred through his head to his neck, and he lost consciousness. He was immediately treated and taken to hospital.”

Mike Jones and Oli Bayliss, son of Troy, currently compete for the team in the Australian Superbike Championship.

The former sits third in the standings and the latter ninth, in his rookie season, which continues at Supercars’ Merlin Darwin Triple Crown on June 18-20.