Scott McLaughlin writes about his recent run to eighth in the Indy Grand Prix, as focus now turns to the iconic Indianapolis 500 later this month. Check out the latest edition of his exclusive Hired Gun column for Speedcafe.com, presented by Grove Hire.

I sit and write this on Sunday night after a round of golf at the Brickyard. Sorry to rub it in, but I’m living the dream.

Yesterday I notched another top 10 in our rookie year – our third straight. And in a couple of days I hit the track for opening practice for the 105th edition of the Indianapolis 500. The INDY 500 baby!

So where do we start?

The golf game was good. Hit them well and I hope to get at least five more rounds in before May 30.

We’re based at the track until the start of June – it’s surreal and cool and crazy to be parked up in a magnificent Tiffin motorhome with Karly and our dog, Chase.

It’s like our own little caravan park with all of the drivers and their partners and families – hanging out ahead of the biggest race on earth at the end of the month.

Did I mention living the dream?

This past weekend we had the Indy Grand Prix which was completely satisfying on Saturday, and a bit less than what I really wanted on Sunday.

Qualifying first – we made the fast six for the first time which is something I was really keen on ticking off. Fifth on the grid was a great result. We’re trying to take small steps – and this was a good one.

The race yesterday was tougher – I reckon we had a car good enough for sixth – and we faded to finish eighth. 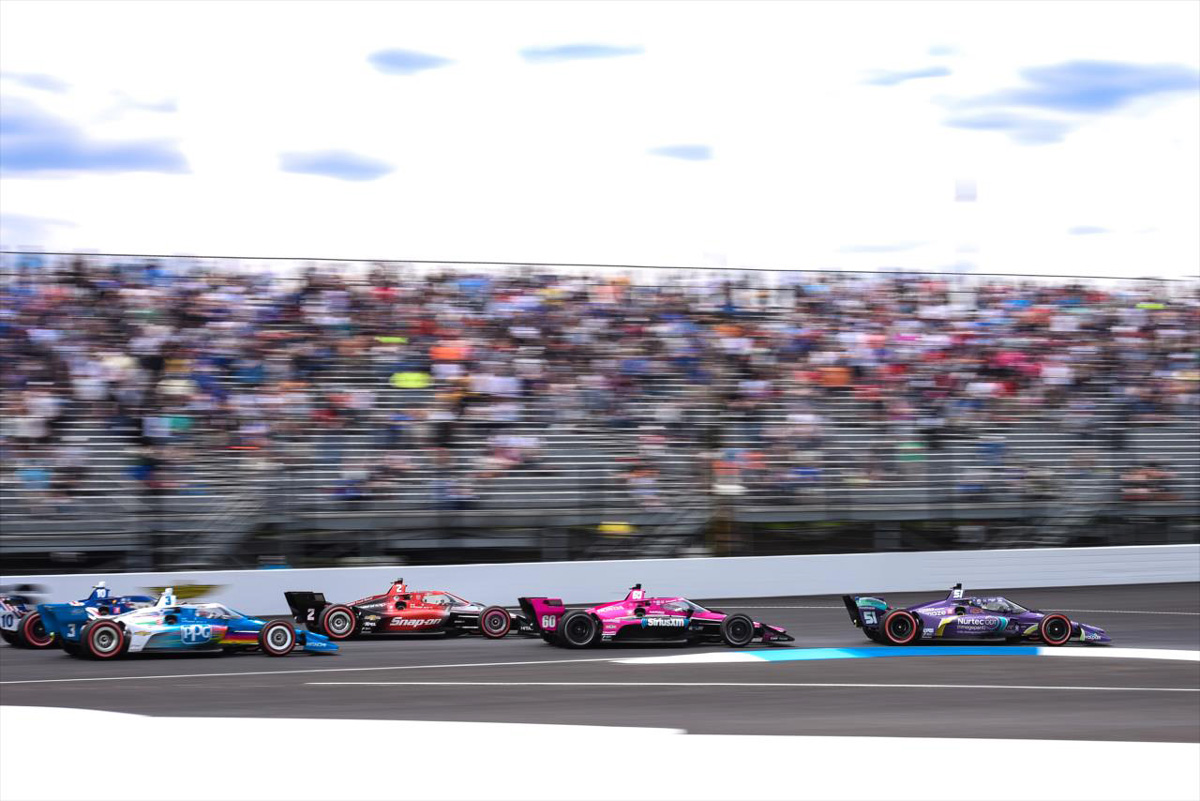 Romain Grosjean leads the field away

I got caught up with some slower cars – and as cool as it is to be racing Jimmie Johnson, I lost a lot of time with the #48 which hampered us. I got some rubbish on my tyres (totally my own fault) which meant we skated around for a while – costing us spots with Simon Pagenaud and Alex Rossi passing me.

But still – three top 10s in a row is great – I’m happy and we sit eighth in the championship as we now gear up for the 500.

The weekend as a whole was terrific for the sport – I was pumped for my fellow “rookie” Romain Grosjean to grab pole on Saturday – what a great story he is and he’s seriously a wonderful bloke, and Sunday just shows the strength of the sport for another first time winner in Rinus VeeKay.

Which leads to what’s to come.

I’m a lucky boy to debut at the Brickyard with the biggest team in the sport.

I know I’ve got a great car, I have a great team preparing the car, and I have the best crew for the stops – so it gives you confidence we can have a serious crack at the race.

I have an icon by my side in the mighty Rick Mears – who has won this thing four times and is basically my right hand man this entire month. I’ve been peppering him with approximately 2 million questions and he couldn’t be more giving to me. Anything I ask he’s good enough to sit down and explain – and I think he’ll be awesome as we get closer to raceday to calm my nerves. 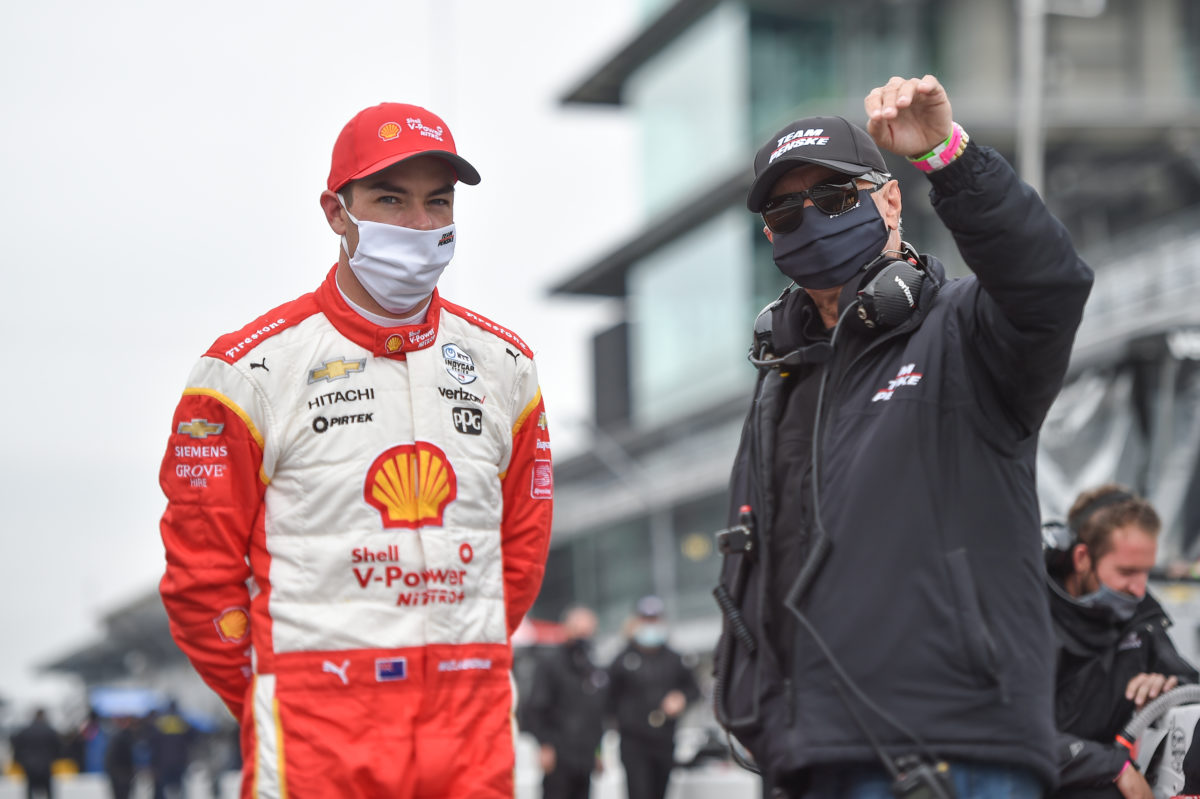 And I’ll have the best damn looking car out there with the Pennzoil yellow submarine – sometimes I lay my yellow suit out on the bed in the motorhome and just look at it.

So we have a bunch of practice sessions ahead of qualifying for the 500 this weekend which will be a great buzz in itself, and then the race on Sunday week (super early Monday morning May 31 for Aussie and Kiwi fans).

It will be a career highlight to be racing in the event and I’ll give it everything I have.

I wish my family could be here – my folks are back in NZ and my sister is in Sydney – plus so many of my mates and fans who would normally be here, but just can’t with the current restrictions.

Still it will be cool to have a crowd approaching 130,000 – it’ll be the biggest attendance in the world since the pandemic – and it’ll be great to drive for Roger Penske on such a significant day for him and his team running the show here.

Can’t wait for what’s ahead.