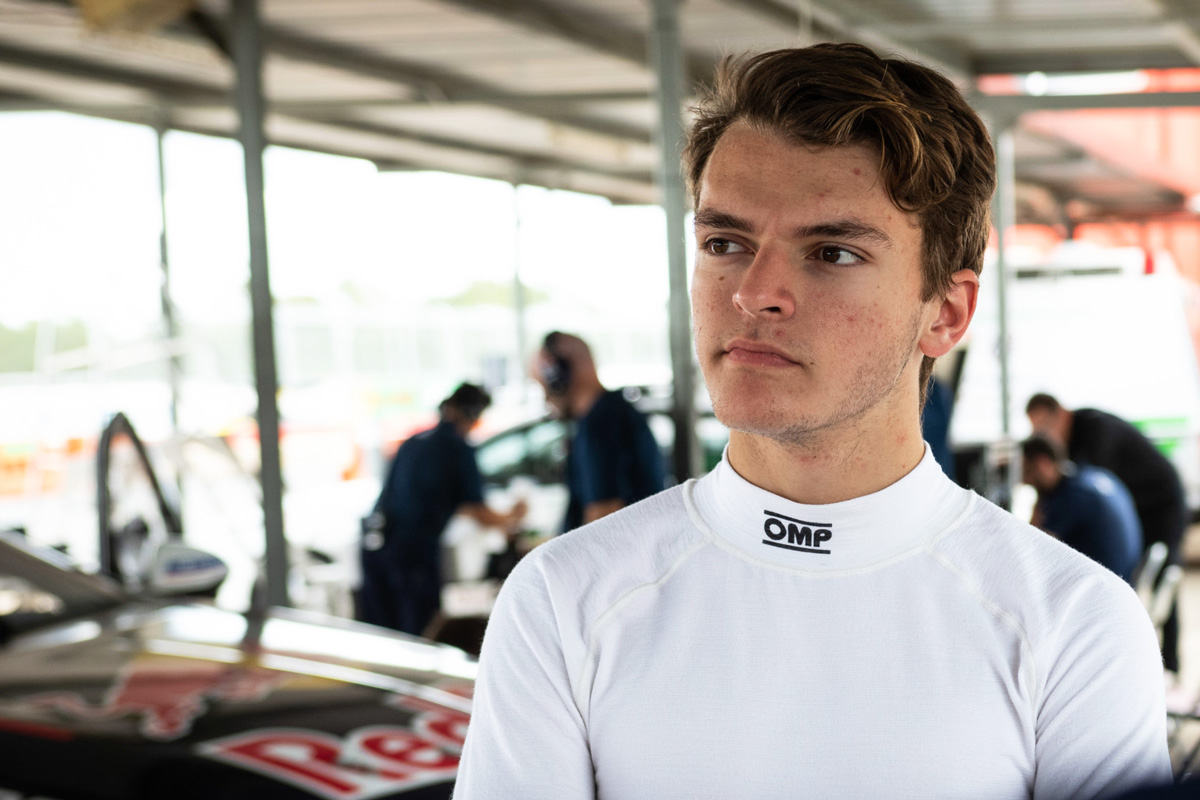 Angelo Mouzouris will make a permanent change to his race number in honour of late mate Adam Pasek.

Mouzouris is in his second season with Triple Eight Race Engineering in the Dunlop Super2 Series, having carried the #10 to this point.

The 2019 Australian Formula Ford champion will shift to #6 going forward, as a tribute to Pasek, who passed away at the age of 21 in March.

“He raced go-karts when I was around in go-karts and we grew up together,” Mouzouris explained to Speedcafe.com.

“It was his old go-kart number… he’s always asked me to change my number to #6 so I guess I’ve finally done it.”

Ahead of his next Super2 race weekend, at Winton Motor Raceway later this month, Mouzouris will today go through a busy test programme at Queensland Raceway.

It represents his first time in the pink VF Commodore since the season-opening round at Mount Panorama, where the 19-year-old took his maiden Super2 pole position and podium.

“That was pretty unexpected at Bathurst but now that we know we’re there, we can move forward and see how we go,” he said.

“It’s always a privilege to get back into the car, especially after such a long break.

“It’s a pretty busy programme ahead of us. I’m just really looking forward to Winton.”

Mouzouris will be joined by Triple Eight Super2 team-mate Broc Feeney at QR for the test.

Feeney and Mouzouris are placed second and fourth in the Super2 standings, 18 and 36 points respectively behind leader Zak Best of Tickford Racing.

The Winton SuperSprint will take place across May 28-30.