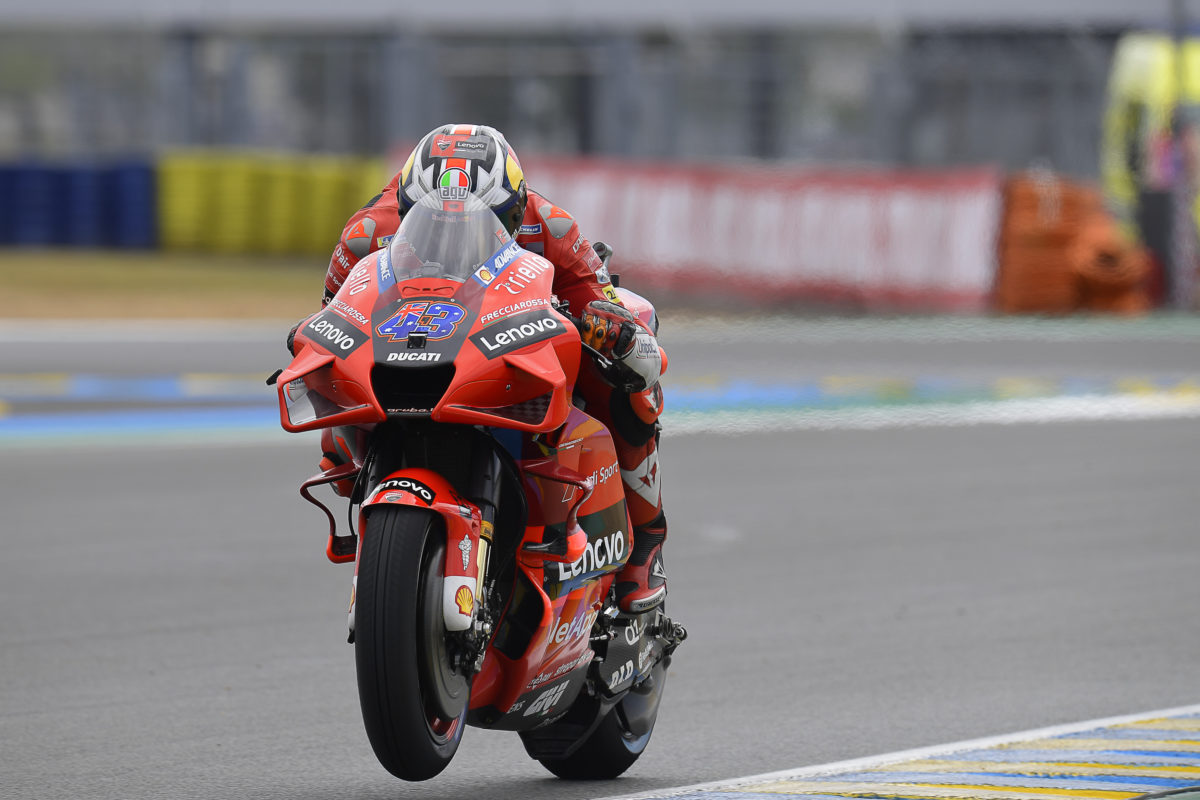 Ducati is reportedly set to confirm a new contract for Jack Miller just ahead of the Italian Grand Prix which takes place at the end of the month.

Miller bounced back from a shocking start to 2021, his first season in Ducati’s factory team, to win Round 4 in Spain, and has now gone two in a row with victory in France.

The Bologna marque’s sporting director, Paolo Ciabatti, had already hinted strongly at a renewal for the Australian after the first of those two triumphs.

Ciabatti told GPOne.com, from his native Italy, that Miller “proved to be a winning rider and we want winning riders,” and the same outlet is now reporting that a decision has been made to hand #43 a new agreement.

Miller was already contracted to Ducati while at Pramac Racing, his home from 2018 to 2020, but has operated on a series of one-year deals.

His current contract includes an option held by the factory, and it would appear that the heavy-hitters at Bologna have seen enough from the 26-year-old.

They are likely, however, to announce another one-plus-one agreement for the Queenslander.

Team-mate Francesco Bagnaia, who made the same move as Miller in the last off-season, is reportedly on a two-year contract although Ducati only confirmed him for 2021 in announcing the Italian’s promotion last September.

Bagnaia dropped to second in the championship, a point behind Yamaha’s Fabio Quartararo, after finishing fourth at Le Mans.

Miller has shot up from 12th in the title race after his Portuguese Grand Prix DNF to fourth, 16 points adrift of Quartararo, following his back-to-back victories.