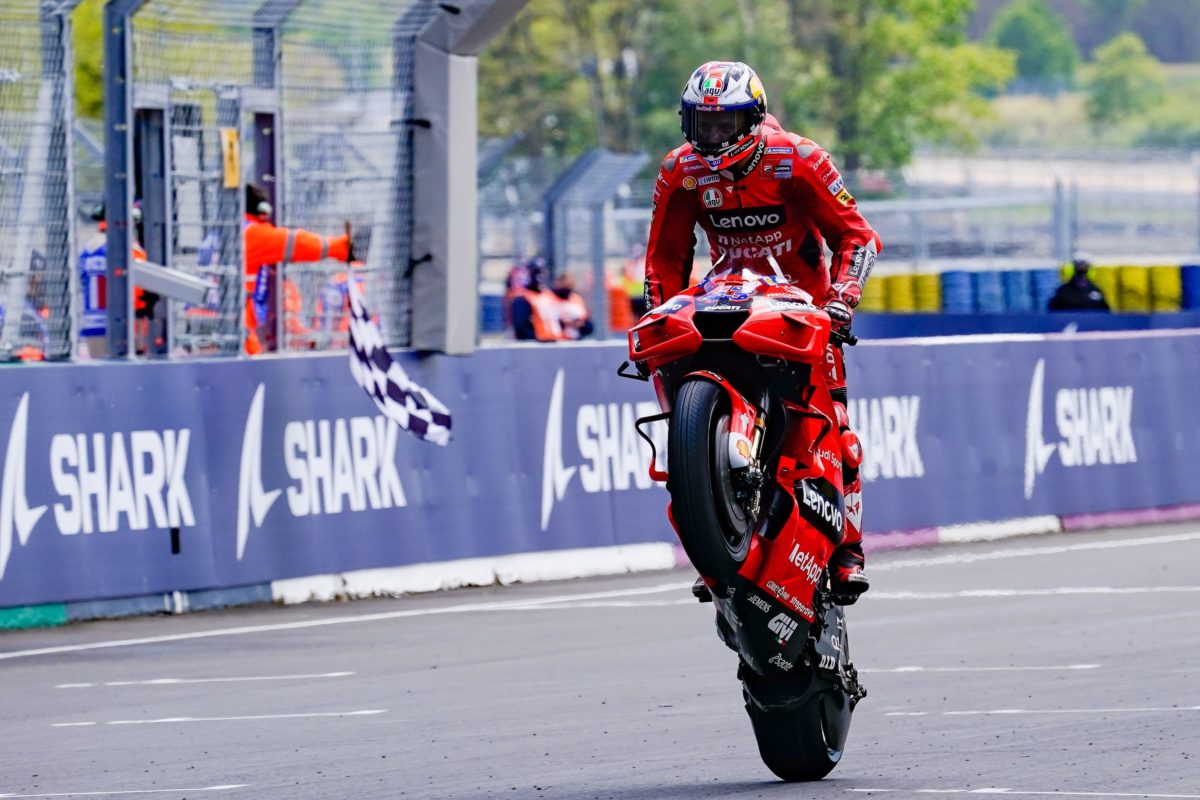 Jack Miller felt like he was dreaming after a second MotoGP race win in a row, in a topsy-turvy French Grand Prix.

The Queenslander prevailed by almost four seconds in a flag-to-flag contest at Le Mans despite an off and two long lap penalties.

The victory comes just a fortnight after his first in dry weather, and first for the factory Ducati Lenovo Team, but almost five years after the only other occasion on which he graced the top step of a premier class podium.

Miller had been running second to Fabio Quartararo when he served his penalties on Laps 9 and 10, and admitted to some trepidation in approaching the wider loop at the Garage Vert double right.

However, he completed Lap 10 less than two seconds behind the works Yamaha rider, and took a lead he would not relinquish two laps later.

“It was a bit dodgy as I hadn’t even looked at the long lap penalty all weekend, then the first time I went in there the asphalt looked like the old stuff and I thought ‘Umm, might be a bit slippy,’” recounted Miller.

“But, for the second one, I got practice in anyway and that one was a bit quicker.

“I didn’t lose too much to him [Quartararo] and was able to recover and then ride around at the front by myself.

“Someone needs to pinch me because I think I’m dreaming.”

The field had started the 27-lap race on slicks but, with dark clouds looming over Le Mans, a change to wets seemed inevitable.

Miller was embroiled in a serious battle for first position with Quartararo as the rain initially started coming down, but sprayed his Ducati through the gravel at Garage Bleu on his in lap.

Worse still, #43 would be pinged for speeding on his way into pit lane, although Quartararo was subsequently handed a long lap penalty of his own for an infringement during his bike change.

Recapping the wild affair, Miller said, “Honestly I don’t know. We had dry conditions, wet conditions, dirt conditions for a bit there, and the wind as well.

“The wind played a big factor in that one as well. It was a long race that’s for certain. I thought ‘Ahh it’s going to be dry here’, but as soon as Maverick [Viñales] got in front of me it started drizzling a bit.

“Then I passed Maverick, but then you [Quartararo] passed me back and I was just getting attacked by these Monster Energy Yamahas, to be honest.

“He came past me and I thought ‘Fabio’s having a dig here’ as rain was falling. I thought it was just circulating but actually it was proper rain.

“We both sort of came close at Turn 8 but then on the back straight we basically went into a wall of rain. His bike was all over the place going into the chicane and then I went into the second one and was just trying to stop the thing.

“I locked both tyres and basically aimed for the gravel and went there just trying to stop it and get it turned.

“Then the double long lap penalty afterwards… I didn’t really believe it at the time and thought ‘What the hell did I do wrong?’ but the old French speed traps got me again and had to bust those out.” 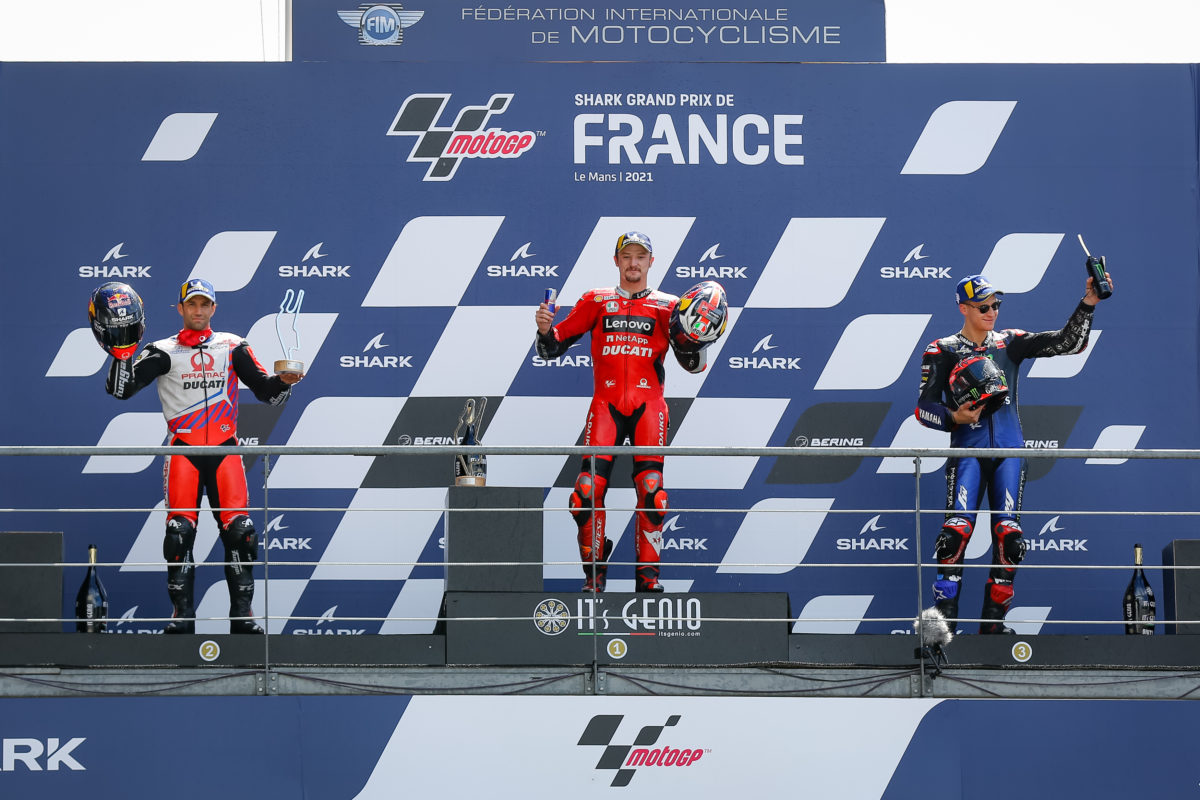 Of the three MotoGP race wins Miller now boasts, two have been achieved in rain after he took out the 2016 Dutch TT.

He also stuck his Ducati on the front row at Brno in 2019 after gambling on slicks on a drying track, but is unsure why he seems to have the upper hand in wet conditions.

“I don’t mind when the bike is moving, I feel like I’m able to take the grip and understand it to a degree, let’s say.

“The first time I rode a road bike in the wet I was in the Australian championship and I was fast.

“It’s something that’s always come naturally to me but it’s also something you have to work on.”

Miller is now fourth in the standings, 16 points in arrears of new championship leader Quartararo after the Frenchman finished third, behind countryman Johann Zarco (Pramac Ducati).

Round 6 is Ducati’s home event, the Italian Grand Prix, at Mugello on May 28-30.