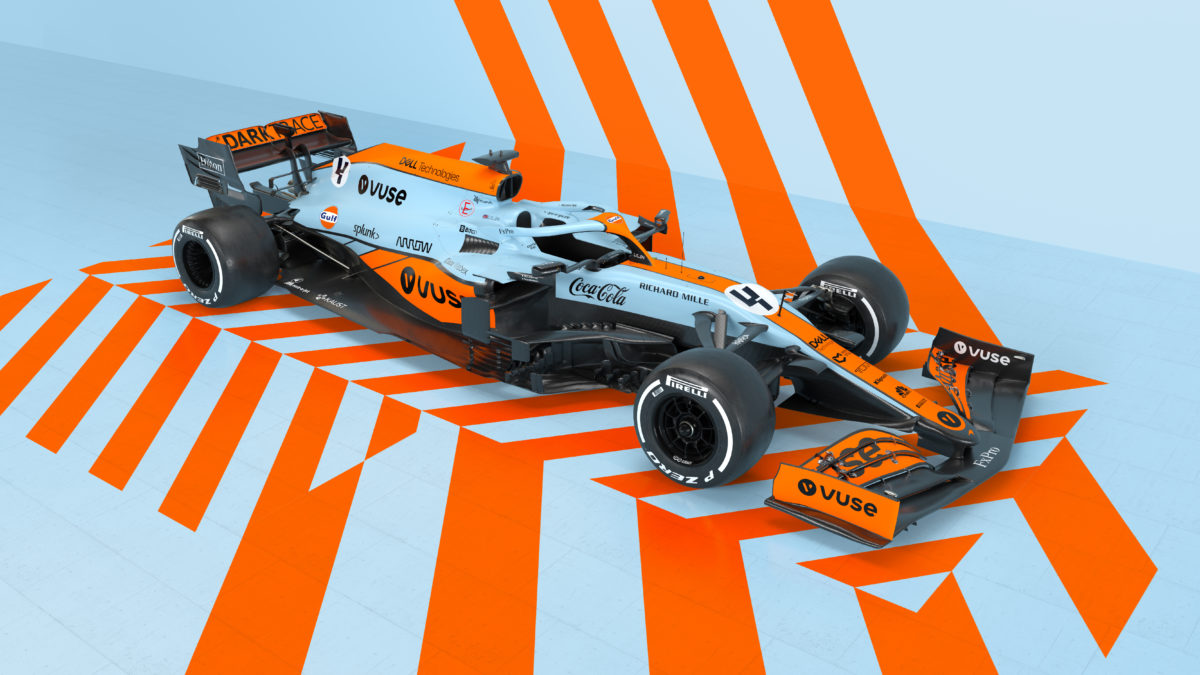 The McLaren MCL35M in Gulf colours

McLaren will pay tribute to one of the most iconic liveries in motorsport history at this weekend’s Formula 1 Monaco Grand Prix.

The team will temporarily ditch the broadly orange design in favour of the colours of oil partner, Gulf.

It will see the car decked out in the company’s famous blue, with an orange stripe down the centre reminiscent of the livery worn by the 1967 24 Hours of Le Mans-winning Ford GT40.

Both helmets will be raffled off for the team’s mental health charity, Mind.

“We’re enormous fans of brave and bold design, and the striking Gulf blue is amongst the most loved liveries in racing, a celebrated piece of culture which transcends the world of motorsport.

“Design has always been important to McLaren – you see this in everything we do from our return to papaya to our stunning headquarters, the McLaren Technology Centre.

“We’re excited to exhibit this as a team and celebrate our proud association with Gulf in Monaco.”

Mike Jones, CEO of Gulf Oil, added: “Gulf and McLaren have a relationship that dates back to 1968 and is one of the most successful partnerships in motorsport.

“We are incredibly excited to pay tribute to this heritage with our classic livery design at the Monaco Grand Prix, the most spectacular and stylish event on the Formula 1 calendar.

“To see the reaction of both Lando and Daniel as well as the whole McLaren team to this livery has been really special and we are thrilled to unveil it to motorsport fans around the world.”

McLaren has previously raced under the blue and orange gulf colours, most notably at the 1997 24 Hours of Le Mans, where a McLaren F1 GTR Longtail finished second.

Track activity for the Monaco Grand Prix gets underway on Thursday at 19:30 AEST with Free Practice 1.