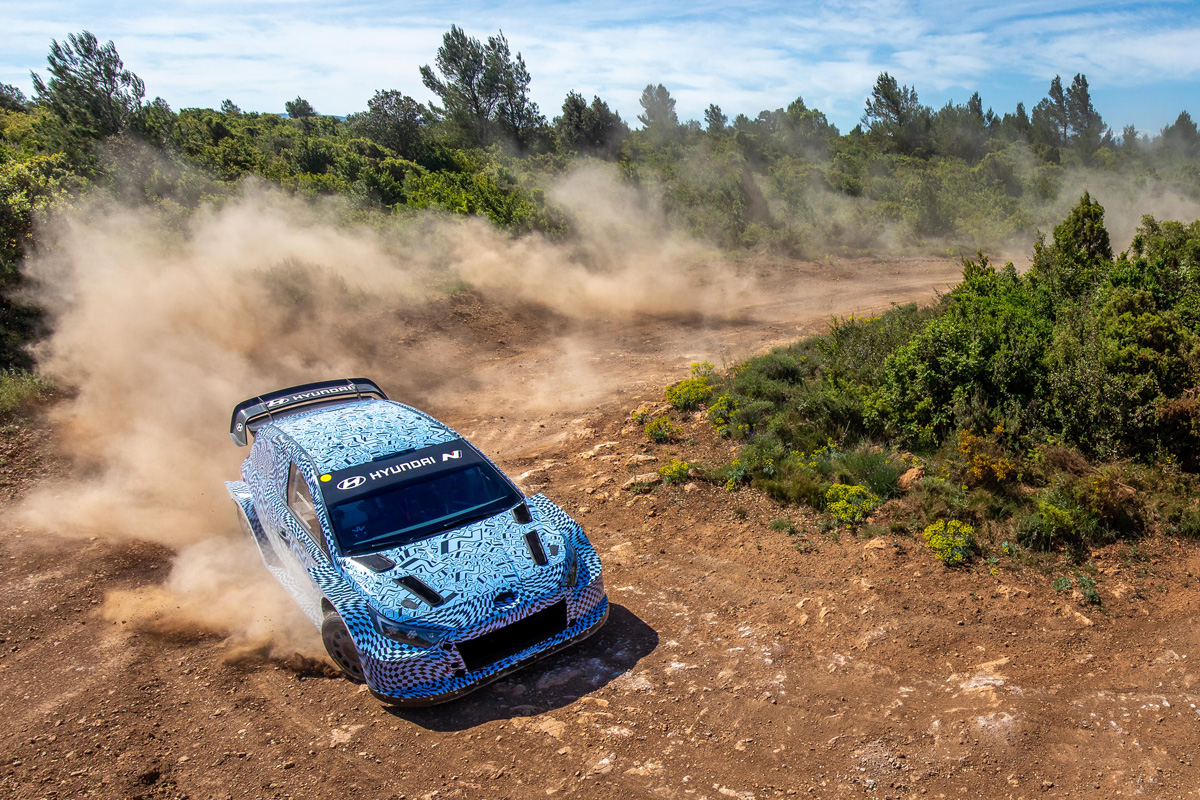 Hyundai Motorsport has debuted its next-generation challenger ahead of the first hybrid-powered World Rally Championship campaign next year.

Hyundai, which joined Toyota and M-Sport Ford in last month committing to the new era of WRC competition, recently tested its Rally1 car in southern France.

Based on the i20 N road car and prepared at the team’s Alzenau base in Germany, the gravel test was designed to garner a deeper understanding of the vehicle’s characteristics.

“It’s a special moment when you take a car to the road for the first time and as always there are some challenges to face,” said Hyundai Motorsport team principal Andrea Adamo.

“In the case of the 2022 Rally1 challenger, we are starting from scratch with brand-new rules, a different concept and a new base model, the Hyundai i20 N.

“It was thrilling to kick-off the testing and to start this exciting new adventure.

“During last week’s session we have seen interesting things, some that need to be changed and improved but it is all part of the process and of the job.

“The team at Hyundai Motorsport has done an amazing job and has worked so hard to prepare the car for the first test in such a short amount of time.

“Of course, we are just at the beginning of a long journey but I do think we have interesting times ahead of us before Rallye Monte-Carlo 2022.”

Further testing is planned to take place around Europe ahead of the 2022 season.

Portugal will host Round 4 of the current season this weekend, May 20-23.