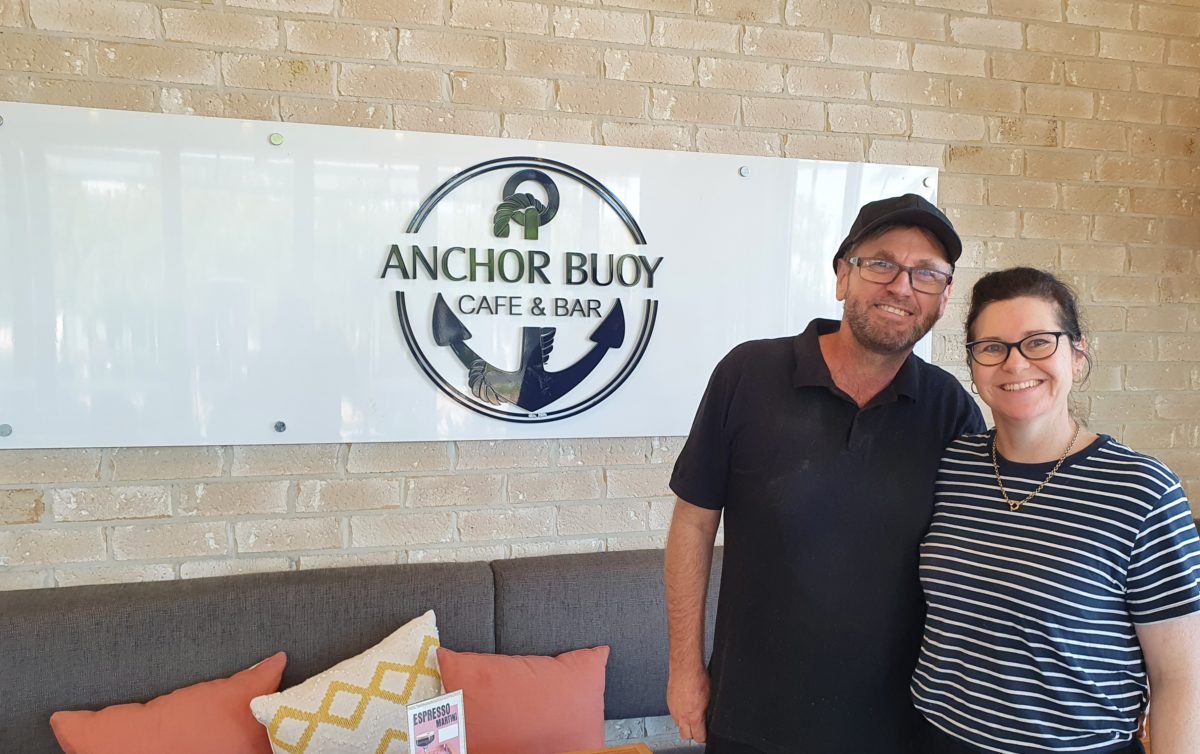 Anchor Buoy Cafe & Bar is a hidden gem of the Gold Coast. Even more of a reason to pay a visit is that the business is owned by long time supporters of the motorsport industry, Kelly and Ian Penman.

Located in Sanctuary Cove on the Gold Coast, Anchor Buoy is a waterfront cafe with a modern theme, decor and dishes.

Situated in the Marine Village overlooking the marina they serve breakfast, lunch and tapas and can hold functions for up to 120 people.

“We bought this business almost four years ago and when it came up for sale in Sanctuary Cove we particularly liked the location because it is on the marina,” Kelly explained to Networkcafe.com.au.

“For breakfast our signature dish would be avo with Danish feta on sourdough toast.

“We do the classics like bacon and eggs your way, bacon and egg rolls, eggs benedict and bits and pieces like that.

“Ian is more the brains of the operation with the maths background and the whiz and I’m more front of house and the face of it.”

As well as established in business, the Penmans have been involved in motorsport for a number of years through sponsoring young talents, including Jesse Dixon and Adam Marjoram.

Originally the connections were built through the couple’s previous business, Coolabah Tree Cafe, located at BP Coomera on the Gold Coast.

They owned Coolabah, a fast food franchise, for 10 years and have recently sold the takeaway outlet, with all their effort now going into Anchor Buoy. 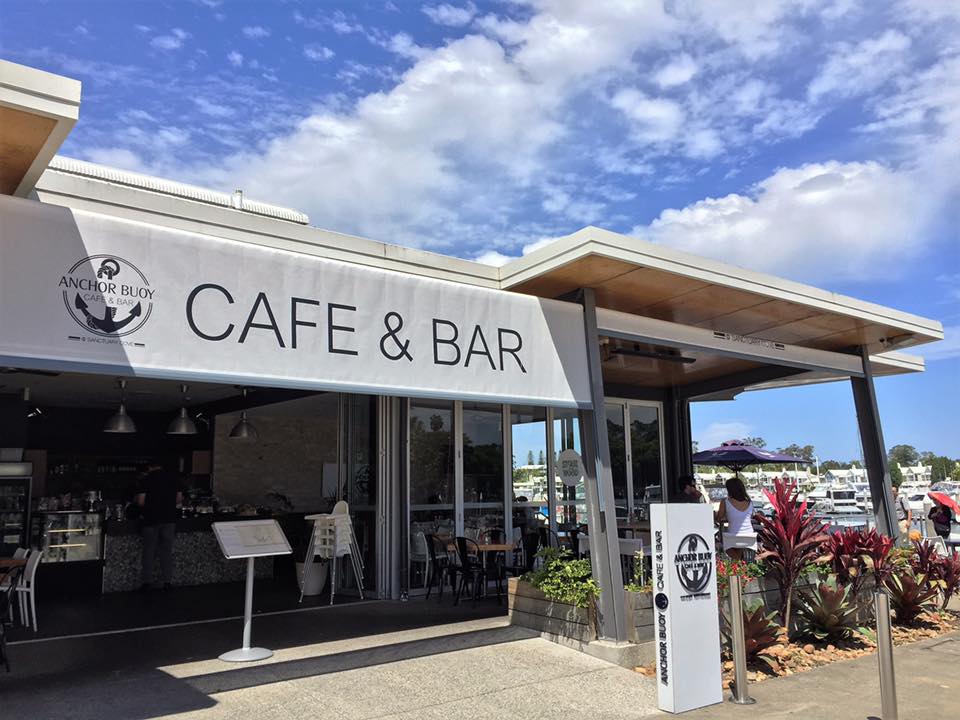 “We bought Coolabah Tree Cafe about 10 years ago and that was more of a fast-food, takeaway cafe and it was a franchise and our first business,” Kelly said.

“We stepped away from the fast food industry with Anchor Buoy being more of a restaurant and a completely different location and ambience.

“Ten years down the track in the food business it’s become second nature.”

The Penmans joined one of the BAM Group Tours to Texas Motor Speedway in 2012 to watch NASCAR, but have developed many relationships in the racing world.

“Going back quite a few years we were introduced to Jesse Dixon through our other business and the idea was floated to us that we offer a bit of sponsorship to him,” Kelly added.

“We did end up being on his helmet with our sticker and logo and a couple of years after that we had our sticker on his mirrors, which looked fantastic.”

Through their sponsorship of Dixon, Kelly got the opportunity to have a hot lap in a V8 Supercar, a video which attracted over 400,000 views on social media thanks to her reaction (video below). 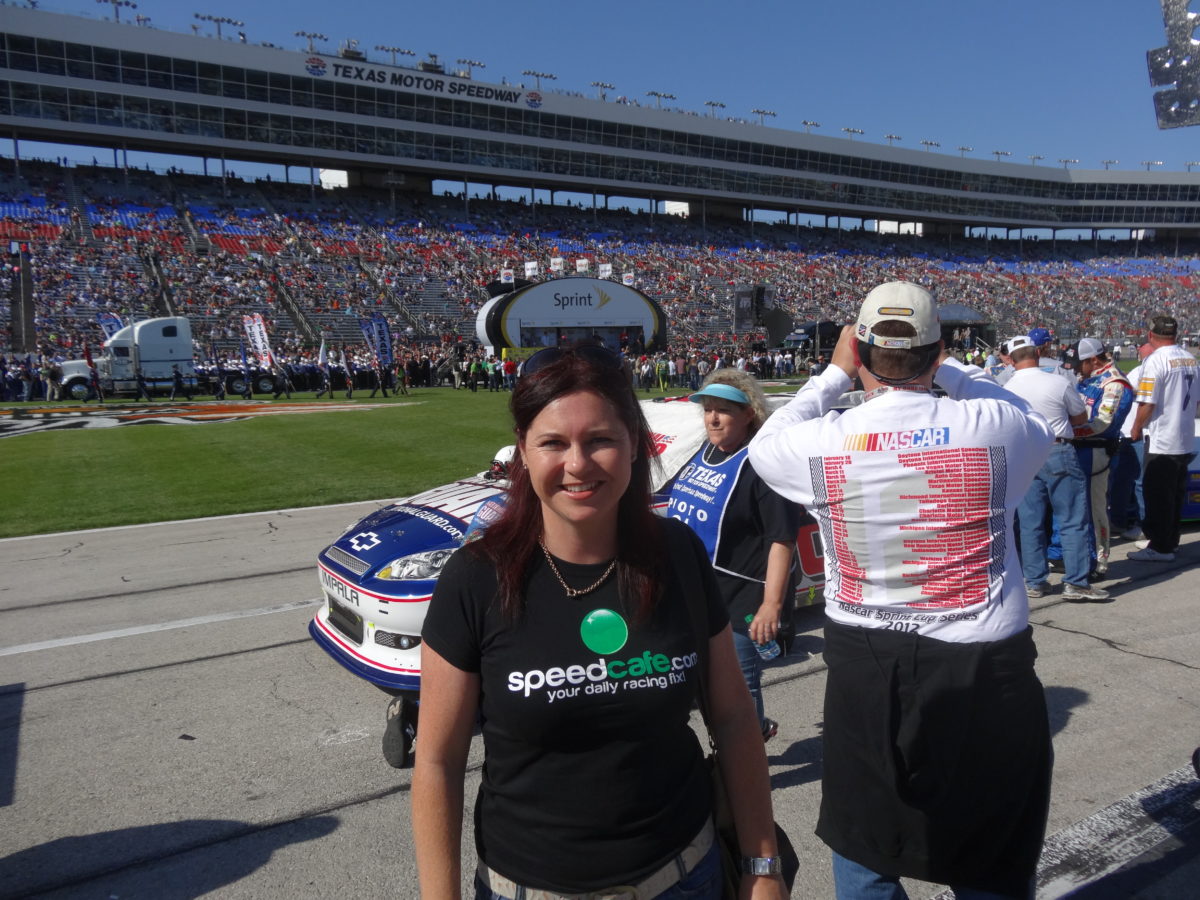 “After that we met Adam Marjoram and same thing, great guy, we wanted to give back to the sport again and we supported him for three years,” she recalled.

“That was originally through our other business and when we purchased Anchor Buoy we put that sticker on his helmet instead.”

Currently Anchor Buoy is supporting a young rider, Broc Pearson, in the Supersport series which supports the Australian Superbike Championship.

“We met Broc Pearson through go-karting a few years ago, he’s a local Helensvale boy and he approached us for an opportunity to sponsor him.

“We agreed and now we’re supporting him in Australian Superbikes.”

“We have had a few motorsport personalities come through, they do like to come here,” Kelly said of their presence on Networkcafe.com.au and the connection with Speedcafe.com.

“One of the reasons is because it is quiet and out of the way; they just come in, sit, and we treat them like a normal customer just like any other guest.”

CLICK HERE to connect with Anchor Buoy Cafe on Networkcafe.com.au.