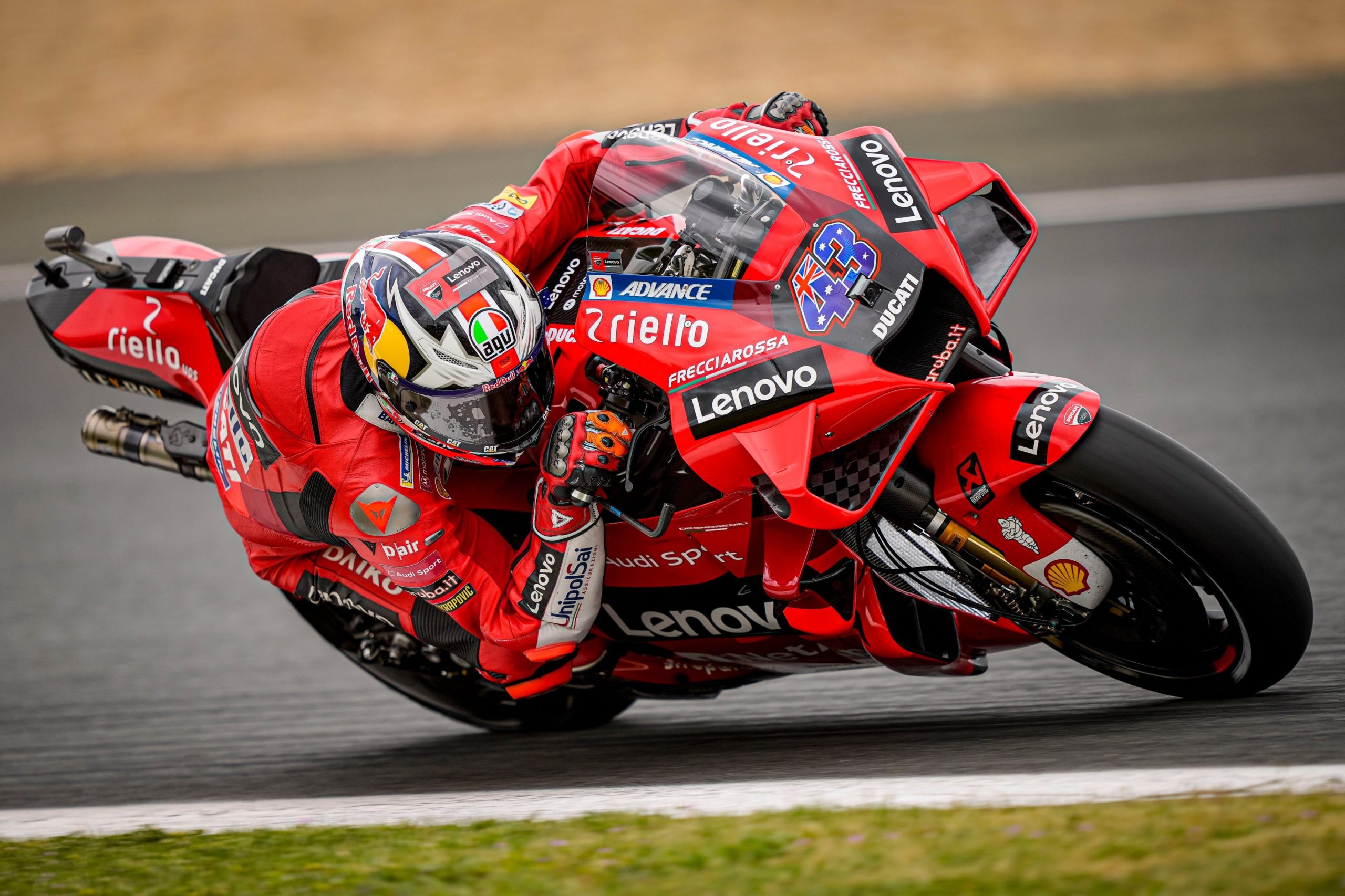 Factory Ducati rider Jack Miller thought there was no chance he would improve to the front row in the dying moments of qualifying for the French Grand Prix.

Miller, who won the Spanish Grand Prix and lies sixth in the MotoGP standings, qualified third at the Bugatti Circuit in Le Mans behind Yamaha duo Fabio Quartararo and Maverick Viñales.

It seemed unlikely an all-Honda front row lock-out would be beaten with a little over one minute to go in Q2 when rain began to fall at Turn 1.

Before setting his best lap of the session, Miller had been fifth fastest while Marc Marquez led fellow Honda riders Takaaki Nakagami and Pol Espargaro.

The trio would eventually slip to sixth, seventh, and eighth respectively as those behind them improved.

“I was just happy to see that it was dry,” said Miller.

“As soon as we went out it was pretty much bone dry. [There was] a little bit of a puddle let’s say where the bridge is into the fast chicane off the back straight and another at the bridge… after the Dunlop bridge.

“There was a puddle underneath that. But other than that, everywhere else was really dry so I was like, ‘Oh sweet, we don’t have to push on the wets’. It’s always much easier to go on the slicks.

“I got out and got into a decent rhythm straight away. I knew I had to do a little bit more but then it started raining and I thought, ‘It’s going to be over here’, but then I saw we had enough time.”

Miller said he didn’t think he would be able to put together a competitive lap after washing out at the first turn as the rain fell.

“I was very, very scared going into Turn 3. Going in there I just didn’t feel comfortable but was able to do a decent rest of the lap and put it all together. We were lucky enough to get here.”

Ultimately, Miller ended the session third on his Desmosedici GP21 and 0.104s off the pace of Quartararo.

Tonight’s fifth MotoGP round gets underway at 22:00 AEST.