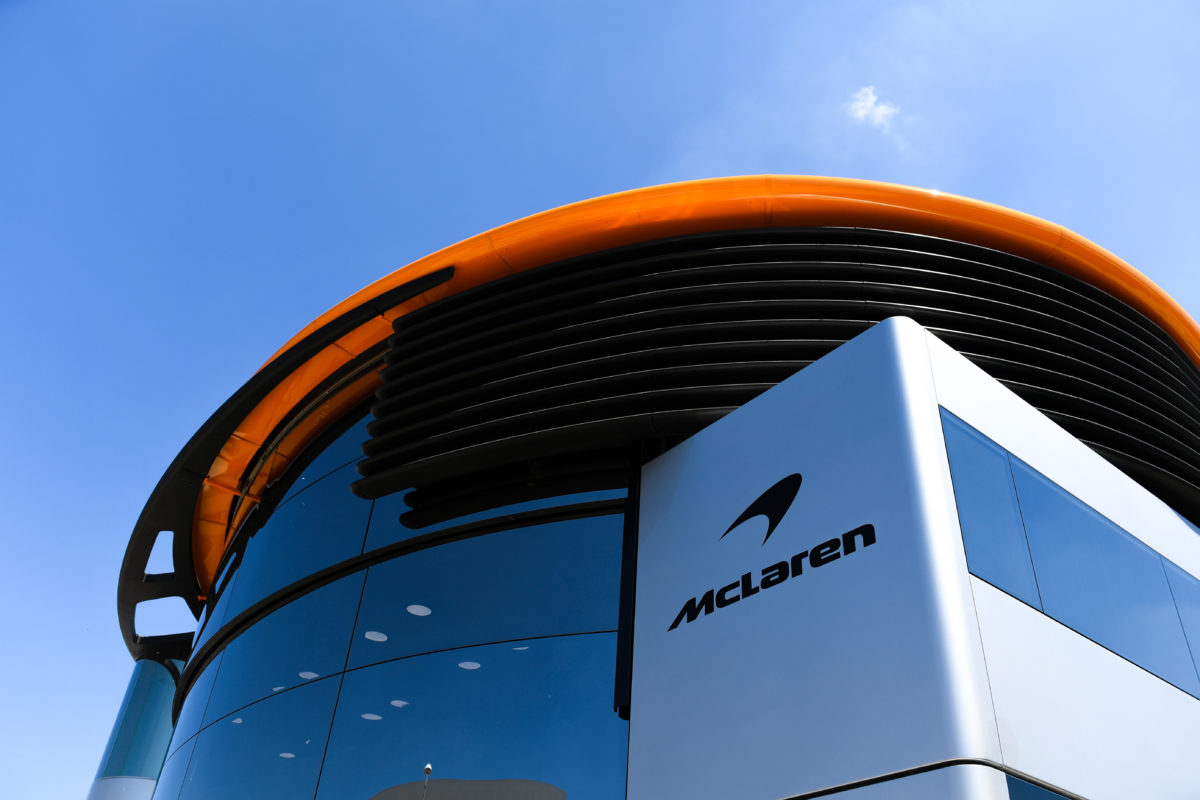 McLaren will this debut a revised Brand Centre, the hospitality complex the squad uses at European race weekends, at the Monaco Grand Prix.

Most teams operate lavish structures within the paddock for their teams, housing the drivers, engineers, and team bosses.

For over a decade, McLaren’s racetrack home has been the ‘Brand Centre’, a slick multistorey structure which included meeting rooms, offices, a kitchen, dining room, and bar.

The British squad has utilised a different structure at the Emilia Romagna, Portuguese, and Spanish Grands Prix as upgrades are carried out on the Brand Centre.

This weekend’s Monaco Grand Prix will see the facility return to the paddock, having undergone significant work.

“In line with our circulatory approach on reuse, repurpose and recycle, the new unit is a refurbished, reconfigured version of what was the Brand Centre that has also been reduced in size,” a note from the team read.

“The core elements of the Brand Centre have been in service for almost 15 years and remain in use in the new unit.

“Our new unit is a more sustainable solution as we are able to substantially reduce our carbon footprint by using less than half the previous number of trucks to transport it, now eight down from 17.”

Having been certified carbon neutral in 2011, McLaren has targeted a net zero carbon footprint by 2030.

“Of the 256,551 tonnes of carbon that F1 emitted as a sport in 2018, only 0.7 percent of that figure was from the cars themselves,” the team outlined in a document titled Sustainability at McLaren Racing which details its operational, social, and sustainability ambitions.

“Huge strides in efficiency have been made through the introduction of state-of-the-art powertrain technologies.

“The V6 turbo-hybrid era has seen the development of the most efficient internal combustion engines in the world – delivering more power using less fuel and hence CO2 than their standard petrol and diesel counterparts.

“Where the thermal efficiency of a petrol engine has long stood at around 30 percent, current Formula 1 engines are reaching more than 50 percent.

“The data clearly shows that there is real scope to reduce the carbon footprint of the sport in other areas,” it continued.

“The biggest contributors to F1’s carbon footprint are logistics (45 percent) and personnel travel (27.7 percent), and the sport is taking a holistic approach to reducing its environmental impact in all areas.

“At McLaren Racing, we recognise the impact of climate change and we are dedicated to de-carbonisation across our operations.

“In 2019, F1 announced its ambitious sustainability plan to have a net-zero carbon footprint by 2030.

“Our commitment to helping turn this plan into action is reflected in our objective to also achieve a net-zero carbon footprint by the end of the decade.”

The team’s programme also intends to eliminate of single use plastics and has a target of sending zero waste from operations, including trackside, to landfill by 2023.

The revised Brand Centre will break cover at this weekend’s Monaco Grand Prix, which starts on Thursday.