Scott McLaughlin is hitting the books nightly as he looks to fast-track his development in the IndyCar Series.

The 27-year-old is in the midst of his biggest challenge to date, contesting his first full season of the single-seater series.

McLaughlin made the move State-side to take a seat at Team Penske after three straight title wins in the Supercars Championship.

Speaking with Speedcafe.com, McLaughlin said he’s spending a ton of time watching footage of his stable-mates Simon Pagenaud, Josef Newgarden, and Will Power.

“It’s kind of like studying at university,” said McLaughlin.

“Every night I’m looking at footage of races to come and even little things like race starts. Just getting an idea of what the boys did previously – Simon, Josef, and Will – what gear did they start in? How did they warm up their tyres and brakes? Those sorts of things.

“It annoys [wife] Karly a bit. I’m always on my laptop or my tablet just looking at footage. I said to them [Team Penske] when they brought me across, ‘You know, if you ever give me the chance, I’m going to live and breathe it and make it worthwhile’ and that’s certainly what I’m doing.”

The start of the 2021 season saw McLaughlin race on three different circuit configurations; a street circuit, road course, and oval.

The first round took place on the streets of St Petersburg before heading back to Barber Motorsports Park and then onto Texas Motor Speedway.

The Kiwi said that’s been a challenge in itself.

“I had a test day at Barber [Motorsports Park] and then it was basically, ‘Forget about that for a second, we’re going to go testing at Indianapolis’.

“Obviously had the two races on the road course and street course and then it was time to focus on an oval and effectively the Indy 500 and the month of May.

“It’s a good thing to be flexible and be able to control your focus and move from one subject to the next.

“For sure, you cram a lot of information in, but it’s about how you process it. That’s what I’m trying to do as quickly as I can.” 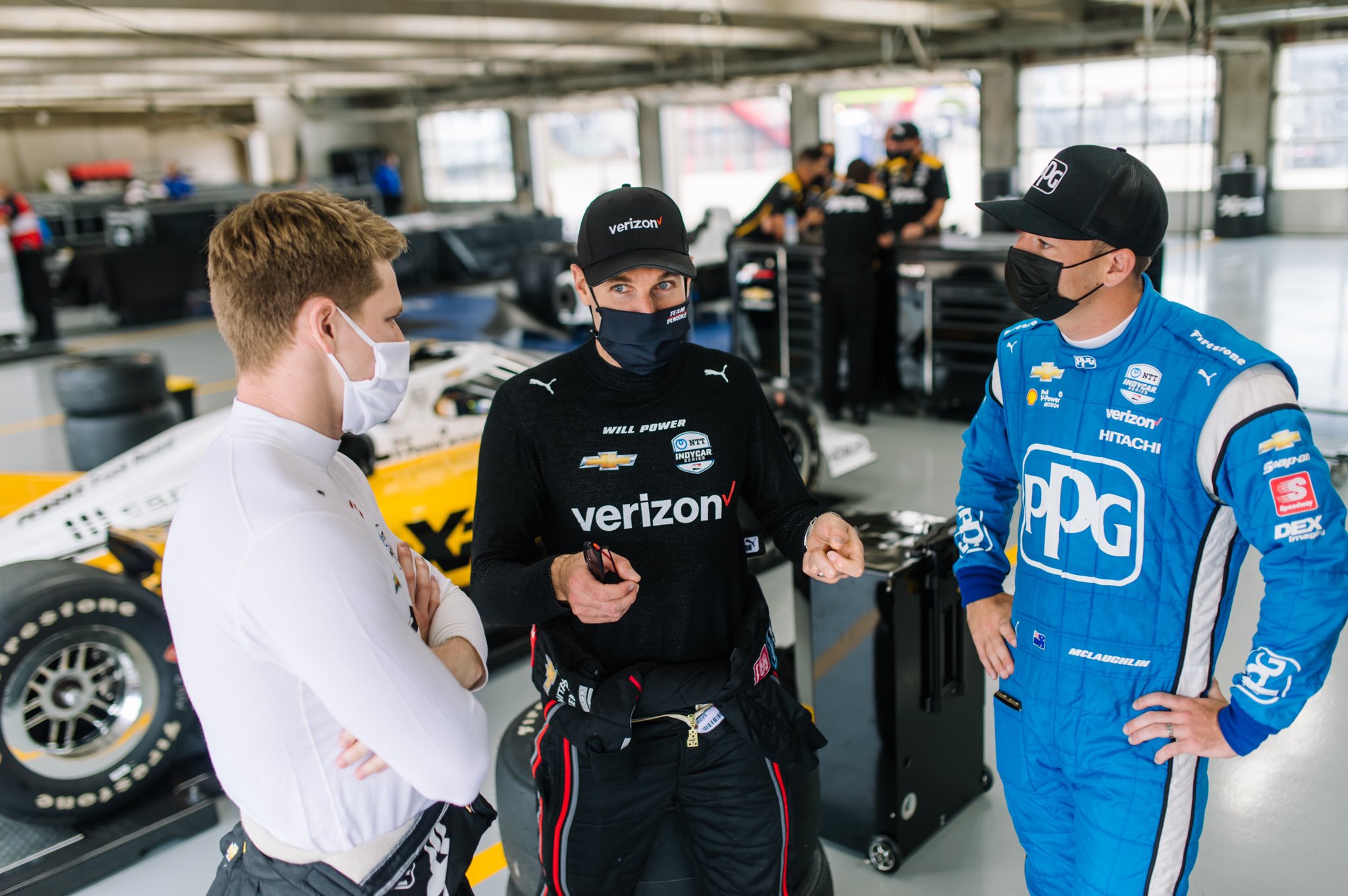 That study has already paid dividends for McLaughlin, who claimed a breakthrough second place finish in his first oval race in Texas.

He finished runner-up to countryman Scott Dixon, and after four races lies eighth in the series.

“I was pretty chilled about the whole thing,” McLaughlin said of the second place finish.

“At the end of the day, I’m rolling in with the best team and know that the equipment is right up to scratch and that they’re not going to put me on any bad scenarios in terms of car set-up or being too aggressive with aero balance or something like that where it hooks you around.

“You get an idea there’s a lot to understand, a lot to watch that you can’t see on TV. You feel it, that’s when you know you can see it a bit more. You can see the air almost, the way that the car is reacting behind another car.

“I was so thankful to have those test days. I tested twice at Texas and felt really good about things.”

McLaughlin said he’s really relished the full-on start to 2021 and is everything he expected.

The forthcoming two weeks will be his biggest yet, with the IndyCar Series racing on the road course configured Indianapolis Motor Speedway.

He’ll then go head-first into practice for the Indianapolis 500 with six straight days of practice and qualifying before the 105th running of the famed race on the final weekend of May.

“Seeing the guys racing in Australia, I was getting over watching motorsport. I just wanted to do it myself. Honestly, it was a long period between St Pete in October and the first round at Barber. I was itching.

“It’s awesome though. This is why I came to America. Because I wanted to race every weekend. I wanted to experience what it’s like here and I’m really enjoying it.”