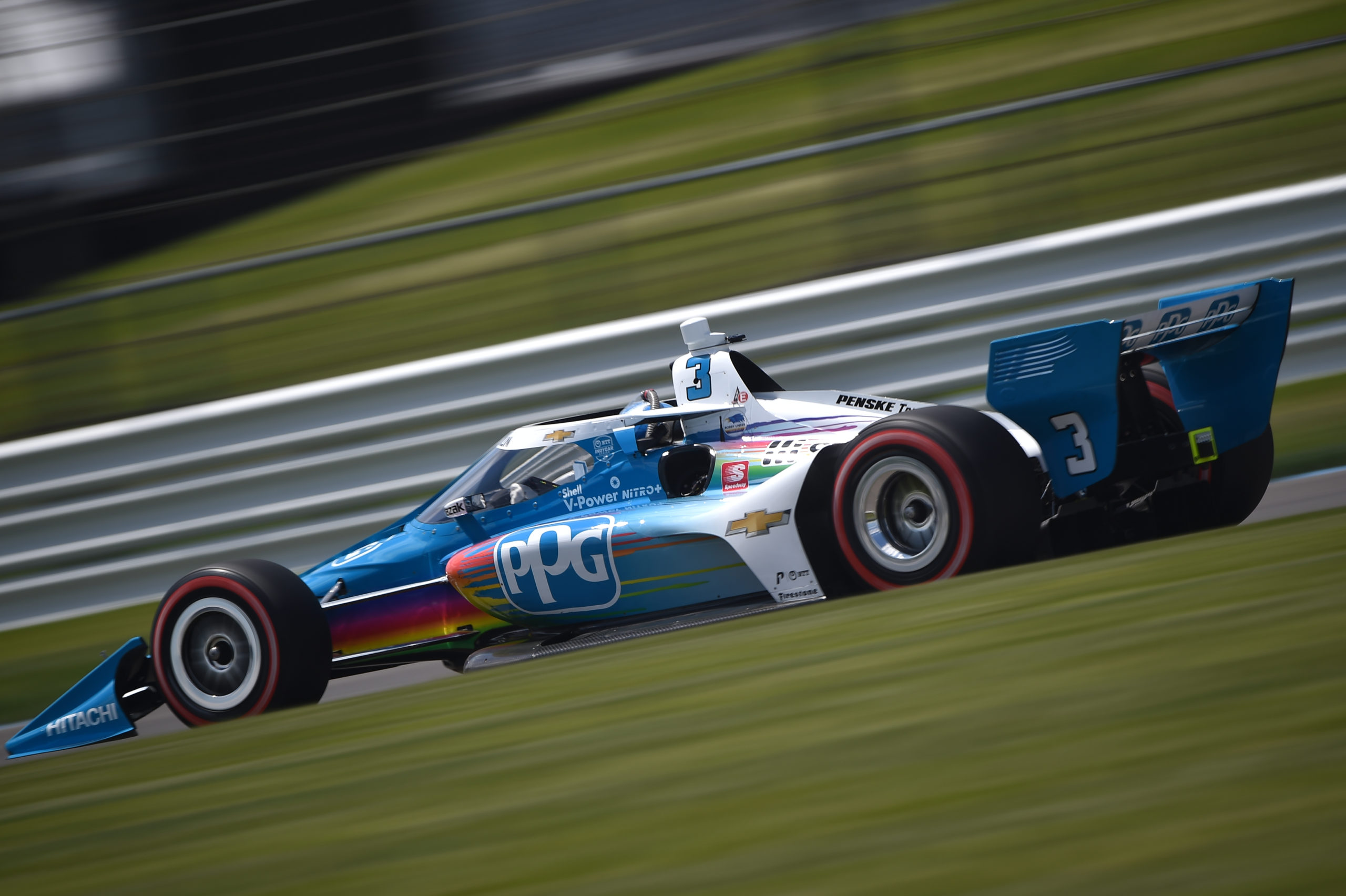 Scott McLaughlin will start the Grand Prix at Indianapolis Motor Speedway from the third row after a career-best fifth in qualifying.

The Team Penske pilot made it through to the Fast Six for the first time in only his fourth IndyCar Series qualifying session on a non-oval.

Qualifying was topped by ex-Formula 1 driver Romain Grosjean for Dale Coyne Racing with Rick Ware Racing, who clocked a 1:09.4396 s on the road course configured circuit.

It marks the first time in 10 years that Grosjean has claimed a pole position, his last coming in the GP2 Series (now FIA Formula 2 Championship).

“That feeling, wow, I forgot what it was,” said Grosjean.

“Honestly, in the first part of quali I was struggling a bit. My engineer made some really good change over the runs.

“When I saw the group I was, I was like, ‘Oh dear! If we can get out the first group that’s going to be okay’, and we did. The last few laps were on it.”

Grosjean was first to roll out onto the circuit, clocking a 1:09.7636s to kick off proceedings in the quick-fire six-minute session.

Soon enough, Newgarden shot to the top with a 1:09.5665s, though that was quickly bested by Grosjean whose 1:09.4396s would ultimately be unchallenged.

Harvey looked threatening on his final lap, but a mistake out of the final corner before the timing beacon meant he remained in third.

Outside the top six, Will Power failed to make it through to the final stage of qualifying after he spun in the second segment.

That saw him disallowed from contested the remainder of the session, locking him into 12th on the grid.

Series points leader Scott Dixon was narrowly missed out on making it through to the second segment, qualifying eighth in Group 2. The Chip Ganassi Racing driver will start from 16th.

The Grand Prix at Indianapolis Motor Speedway gets underway at 04:30 AEST tomorrow.