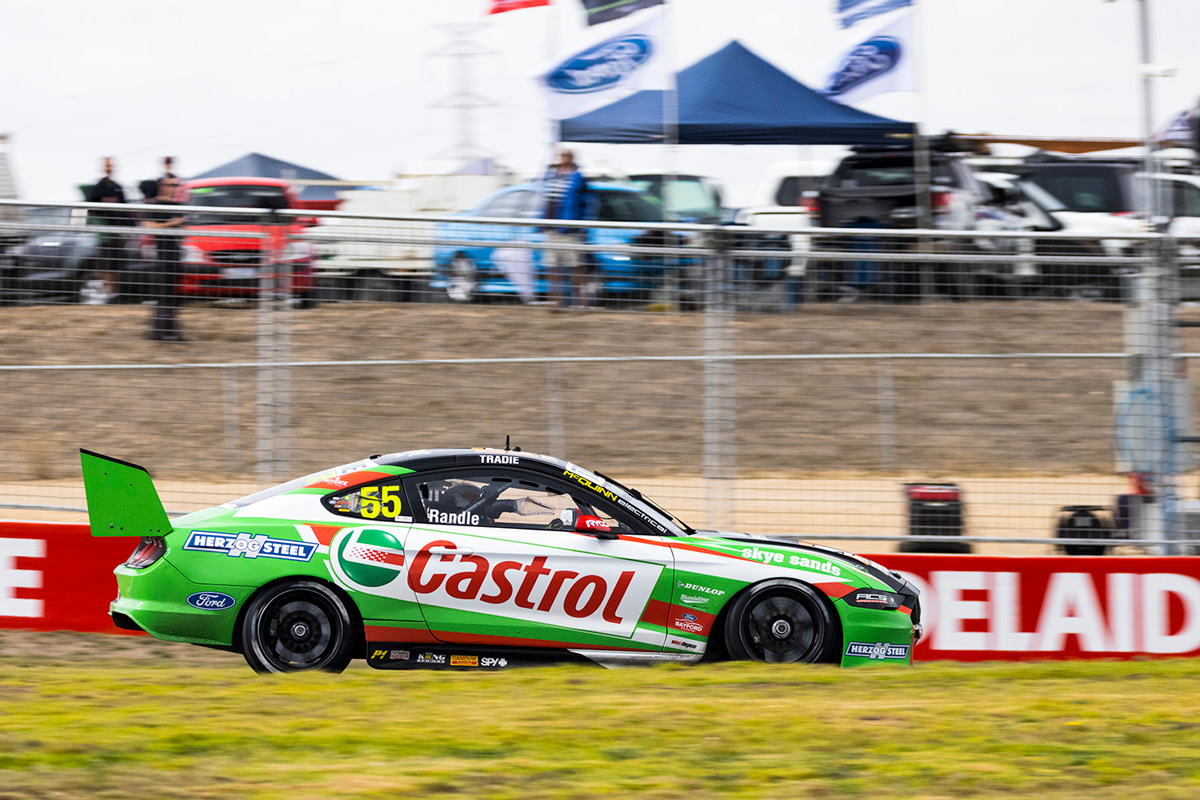 Thomas Randle did his chances of a long-awaited Repco Supercars Championship promotion no harm with the first showing of his 2021 wildcard campaign.

Randle rejoined Tickford Racing on a multi-year deal starting this season but was forced to settle for a co-driver role due to circumstances relating to Racing Entitlements Contracts.

The Victorian was later announced for three solo outings in a Castrol-backed #55 Mustang at Tailem Bend, Darwin and Perth.

That will lead into his co-driving efforts at the Repco Bathurst 1000, rumoured to be alongside James Courtney.

His recent performance at The Bend Motorsport Park raised eyebrows, headlined by eighth place in Race 10 of the championship.

That result came between finishes of 17th and 15th; he also outqualified team-mate Jack Le Brocq on two of three occasions to display his single-lap pace.

“For anyone who does a wildcard, the other guys have already done 70,000km in this year, their car fits them like a glove so to speak, whereas he’s done one test day at Winton to try to get acquainted with the car,” Tickford CEO Tim Edwards told Speedcafe.com at The Bend.

“It’s a big ask for him to be racing in the leading group, so for him to finish eighth in that first [Sunday] race and have great car speed…

“He was a lot quicker than Andre [Heimgartner] who he was following but he actually made the smart decision that, ‘you know what, I can probably muscle my way past, it might not work out’.

“Eighth place was a strong result so I’m really pleased for him.”

Asked what it would do for his chances of securing a 2022 main game seat with the team, Edwards didn’t exactly move to shoot down speculation.

“Well, everything is an audition, isn’t it?” he smiled.

“Every driver in this pit lane has to perform because that’s what keeps them all gainfully employed.

“He’s trying to break in, and you’re right, there’s no better way to get everybody watching you and critiquing your performance than to have a top eight result like that.”

Tickford broke through for its first win of the 2021 season via Cameron Waters in the most recent race.

Edwards has since identified more competitiveness across its entire fleet as a priority.

Winton Motor Raceway will host Round 5 of the Supercars Championship on May 29-30.