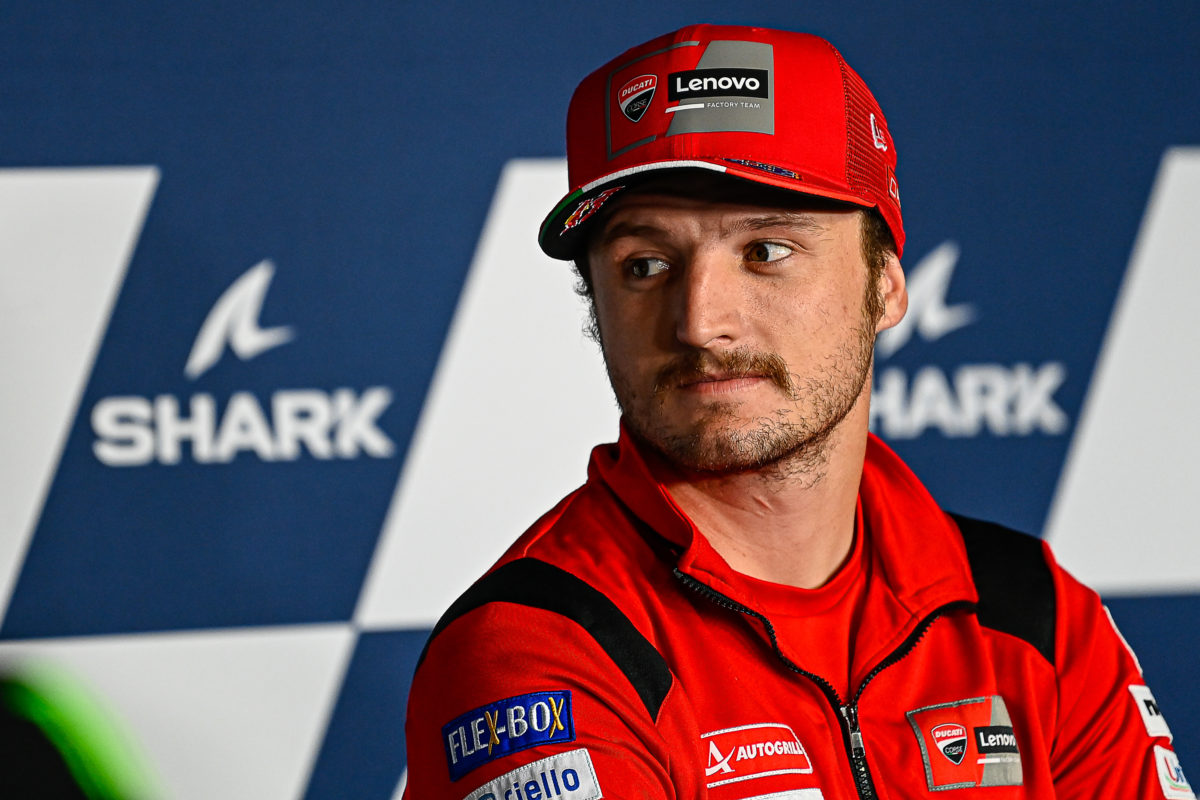 Jack Miller has “a score to settle with Le Mans” after rain forced him onto a faulty Ducati and cost him a probable podium in last year’s French MotoGP.

The Queenslander took his first dry weather MotoGP victory in the most recent encounter, at Jerez, but could well have had a second wet weather triumph at Le Mans last October.

Miller was involved in a wild, four-rider battle for the lead and had just moved into second spot on Lap 19 when a problem with his engine took him out of the race.

That transpired on a bike which he was not meant to use, the issue having become apparent in the warm up session, until rain as the field waited on the grid forced a late switch.

Miller, then at Pramac Racing and now at the factory Ducati Team, is seeking to avenge that misfortune this weekend.

“It’s a whole mix of everything, you know; relief… but also, it makes you more eager for the next one,” he said of the Spanish Grand Prix win.

“At the end of the day, bike racers, we’re always looking for what’s next and what we can try to do more.

“We always want more so, for sure, just looking at coming here and trying to do a strong weekend like we did in Spain.

“Thankfully there was some decent weather in Spain and Andorra over the week and I was able to get out on the bicycle but doesn’t look like we will have much of that this weekend.

“I think we’re prepared for all conditions that are coming this weekend.

“I’ve been known to be pretty good in the wet so if that comes it comes, I feel like I’ve got a score to settle with Le Mans, you know, after last year.” 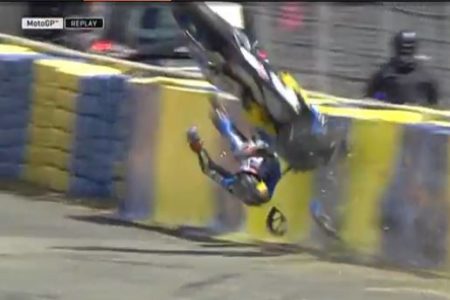 However, it has also been the scene of some far from positive moments, such as the 2020 mechanical failure.

There was also the nearly head-on crash with the wall after he lost control through the first corner in final practice in 2017.

“I have a kind of love-hate relationship with France, with Le Mans especially,” said the 26-year-old.

“I’ve had a win here in Moto3, but I nearly died here at Turn 1, and then last year I did feel like I died as well, when the bike cut out with like seven [laps] to go.

“I think we’ve got a good package. As the boys [team-mate Francesco Bagnaia and Pramac’s Johann Zarco] said, we’ve all been there or thereabouts.

“I think whether it comes in Le Mans… I think it would be better in Mugello, but I think we have a good chance of [Ducati] locking out the podium.”

Practice for the French Grand Prix starts this evening at 17:55 AEST.